Born on August 13, 1860 to Quaker parents Jacob and Susan, Phoebe Ann Mozee came from humble beginnings without a hint of foreshadowing of the wild and adventurous life she would have. Phoebe Anne, or “Annie,” spent the bulk of her childhood in Drake County, Ohio. In 1866 her father died from pneumonia after getting caught in a snow storm, which thrust the remaining family into poverty. Due to the family’s financial circumstances, Annie and her sister Elizabeth were sent to live in a poor house and later to work for a local family she would refer to as “The Wolves” because of their physically and emotionally abusive ways of treating her. Eventually Annie ran away to her mother, who had remarried in her absence. The new marriage didn’t especially improve the family finances and in an effort to help, Annie took to trapping small animals for food and shooting them with her dad’s old gun. She was able to sell the meat to restaurants and shops in town, which enabled her to eventually pay off the mortgage on her mother’s home.

Annie’s penchant for hunting became local legend and she started to garner fame and respect in her region for her excellent shot. On Thanksgiving Day in 1875, traveling performer and marksman Frank E. Bulter set up a competition at a downtown hotel, saying that he could out-shoot any local. Much to Francis’ surprise, 15-year old Annie beat him in the competition and he promptly fell in love with her. They married the next year and Annie toured the county with her husband and his performance partner. Only when Francis’ partner fell ill on May 1st, 1882, did Annie first step into the role of performer, much to the delight of her audience. Recognizing her instant appeal, Francis took a managerial role and left the performing to Annie from there on out. Around this time Annie adopted the stage name “Oakley,” a moniker for which she’s still widely recognized. Annie’s awe-inspiring skill and conservative performance outfits differentiated her from other performers on the vaudeville circuit and she toured with Francis for many years, growing more and more famous as she went.

During one of her many stops along the circuit in St. Paul, Minnesota, Annie’s popularity attracted the renowned Native American warrior Sitting Bull, who liked Annie so much that he made her his honorary daughter and gave her the nickname “Watanya Cicilla” or “Little Sure Shot.” Annie was bequeathed her nickname in 1884 and used it for the rest of her career. Starting the next year, Annie joined Buffalo Bill Cody’s Wild West traveling show and toured with it for most of the next 17 years, impressing those along the way with her abilities to shoot a cork off a bottle, split cards down their sides and snuff candle flames with bullets. Her connection with Buffalo Bill Cody’s show took her all over the world on various tours, including one where she met and impressed Queen Victoria, and another in which the French president offered her a position in the French Army and she allegedly shot the ashes off of the German Prince (and future Kaiser) Friedrich Wilhelm’s cigarette while he held it in his hand, at his request. Following her return from Europe, Annie was in a particularly traumatizing train accident, and she opted for a quiet life out of the limelight, despite being a world-wide superstar. Sadly, William Randolph Hearst published a false story (about Oakley entering a life a crime to support a cocaine habit) that so infuriated Annie that she filed 55 lawsuits against the publisher, 54 of which she won in what was a long, time-consuming litigious process to regain her good reputation. Finally life settled down enough for she and Frank to enjoy their retirement, during which Annie would give performances for charities and shooting lessons to other women. At the dawn of World War I, Annie offered to gather a group of female crack shooters to assist the effort, but the Government ignored her—she continued raising money for the Red Cross through additional performances instead.

In 1926, Annie Oakley died at the age of 66 (18 days later her husband of 50 years died also). Annie’s life was full of adventure, excitement and serendipity but it was her innate talent that led her to become the first female sharp-shooting superstar in the US. Annie’s skillful marksmanship was highlighted by her modest, confident demeanor. Her insistence that she could use her passion and talents to both make her living and entertain those around her without bowing to the pressure to be sexualized or pander to a society that saw her as a novelty makes Annie Oakley a fascinating historical figure.

Great article! Concise & informational while being totally interesting. Would love to read more from Rachel Toback.

What an excellent lady. My sister and I wore Annie Oakley costumes when we were kids that were passed down from our mum and aunty.

I didn't grow up in the U.S. so this is an intriguing piece of history for me. I'm particularly curious about the role that her husband played in her life and their relationship with each other. Any reading recommendations? 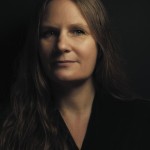