Doria Shafiq: Egyptian feminist, activist, author, poet… and probably someone you’ve never heard of. UNTIL NOW! Shafiq worked tirelessly before and after the Egyptian Revolution to secure equality for women in the context of an Islamic society; her strong feminist consciousness converged with her country’s surge of nationalism to create radical change for Egyptian women in a short period of time.

Born in provincial town of Tanta, Doria Shafiq grew up in a modest, traditional middle-class Muslim family. The reformers of the 1920s and 1920s had expanded educational opportunities for women, and Shafiq took advantage of these opportunities. She was sent to the Sorbonne University on an Egyptian government scholarship; in 1940, she received her Ph.D in philosophy with honors at the age of 29.

Upon returning to Egypt, she applied to teach at Cairo University but was rejected because of her gender. Instead, she became an editor of a journal published by the Daughters of the Nile Union, a women’s liberation movement founded in the late 1940s. The journal was an important part of the DNU’s ongoing mission to educate Egyptian women. In addition to writing for an editing the magazine, Shafiq worked tirelessly as an activist. She stormed onto the public stage in February 1951, when she led a crowd of 1500 women to break into a session of Parliament and demand that the council take action on women’s issues. A week later, the council granted Egyptian women the right to vote and run for political office. Shafiq’s propensity for direct confrontation and aggressive campaigning propelled the DNU into greater prominence in Egyptian politics during the turbulent years before and after the Egyptian Revolution of 1952. When British army units occupied the Suez Canal in 1951, Shafiq led the DNU in a boycott and protest of the British-owned Barclays Bank in Cairo. She also organized a paramilitary group of women to fight against the British army units on the Suez Canal and to provide medical assistance.

After the revolution, she successfully campaigned to have the DNU recognized as an official political party – Egypt’s first political party with an openly feminist agenda. She traveled the world to speak about the rights of Arab women with leaders from Egypt, India, Lebanon, Iraq and Iran and audiences in Europe, the US and the Middle East.

In 1957, she organized and participated in an eight-day hunger strike to protest the populist regime of General Abdel Nasser. In response, he sentenced her to house arrest. For 18 years, Shafiq lived in the seclusion of her home in Cairo, writing for the Daughters of the Nile magazine, composing several books of poetry, memoirs, and translating the Koran into English and French. She continued to produce work until 1975, when she threw herself off her balcony to her death. General Nasser had her name barred from all Egyptian texts and had most of her original documents destroyed. Very few have survived.

another better-than-fiction story, thanks, and it's always beneficial to remember the streaks of equality that have occurred in the middle east. more please (progress and feministory.) If anyone finds a link to some of Doria's work-- I'd love to read a few issues of that mag-- please post.

I grew up in Egypt in the 60s and 70s and didn't hear of this woman until very recently. I was very intrigued by such a figure and I searched for her name and found a wonderful book by Synthia Nelson. I bought t the book from Amazon and couldnt put it down. It's such an amazing book.

Really amazing to read about. Thanks!

Thanks a lot for the wonderful post! I've really never heard about this great woman who was struggling for the emancipation in complicated Muslim society.
While searching the additional information about Doria and her life I came across a really interesting photo I'd like to share with you. Just look at those inspired faces! It's amazing!
<img src="http://weekly.ahram.org.eg/2000/467/feat3.jpg">
Doria Shafik speaking to students and staff at the Amira Fawziya School 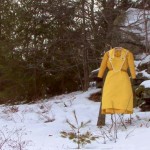