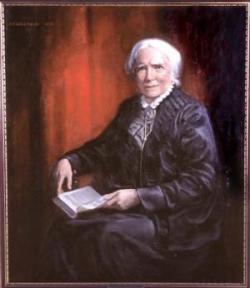 Elizabeth Blackwell was born in Bristol, England, the third among nine other children. Her parents and family were firm believers in the Quaker religion where all women and men were equal in the eyes of God. The Blackwells made sure that all of their children received an equal education. After a difficult period during her childhood which included losing six sisters and two brothers and her father's sugar refinery burning down, the family immigrated to the United States in 1832.

Elizabeth, her two older sisters Anna and Marian, and their mother opened a private school in Cincinnati to support the family. Elizabeth became interested, after initial repulsion, in the topic of medicine and particularly in the idea of becoming a woman physician, to meet the needs of women who would prefer to consult with a woman about health problems. She said, "The idea of winning a doctor's degree gradually assumed the aspect of a great moral struggle, and the moral fight possessed immense attraction for me."

In 1847 she began searching for a medical school that would admit her for a full course of study and was soundly rejected by everyone except for one, and only one, school in New York called Geneva College. Apparently, the only reason she was accepted there was because the faculty and students thought the application was a hoax and therefore "jokingly" admitted her only to realize that yes, they were idiots. Elizabeth would graduate first in her class in 1849. 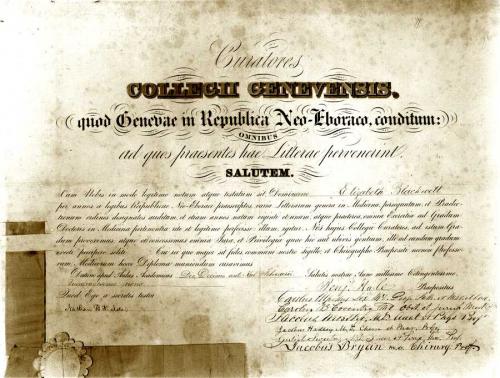 Unfortunately after a brief return to England and during a midwives course in La Maternite in Paris, she contracted a horrible infection and had to have one eye removed. She abandoned her plans to become a surgeon, but that certainly didn't stop her from practicing medicine. In 1851, Elizabeth Blackwell returned to New York, where hospitals and dispensaries uniformly refused her association. She was even refused lodging and office space by landlords, and she had to purchase a house in which to begin her practice.

In 1857, Elizabeth along with her sister Emily and another doctor, founded their own infirmary, named the New York Infirmary for Indigent Women and Children. During the Civil War, Elizabeth trained many women to be nurses and sent them to the Union Army. Unable to slow down for one second, Elizabeth began a year-long lecture tour of Great Britain. These lectures, and personal example, inspired several women to take up medicine as a profession. 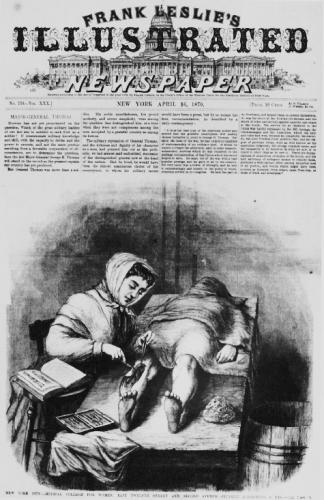 After the war, Blackwell established the Women's Medical College at the Infirmary to train women physicians and doctors. She left her sister Emily in charge of the college in 1869 and returned to England. There, with Florence Nightingale, she opened the Women's Medical College. Blackwell co-created and taught at the London School of Medicine for Women and accepted a chair in gynecology. She was also the first female physician and doctor in the UK Medical Register.

During her retirement, Blackwell still maintained her interest in the Women's Rights Movement by writing lectures on the importance of education. She also published books about diseases and proper hygiene and was an early, outspoken opponent of female circumcision.

Quite a life, wouldn't you say? As if ALL this wasn't enough, I found online this great search-for-certain-hidden-objects game featuring the one and only Elizabeth Blackwell during her Geneva College days. Ah yes. Takes me back. 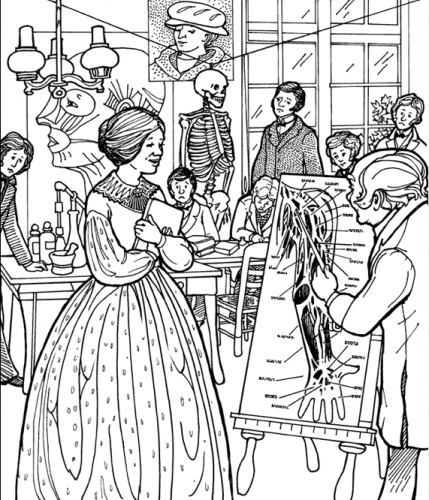 Can you find these objects? 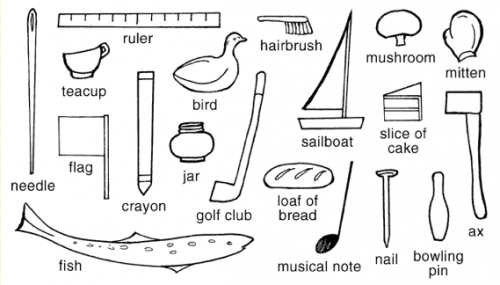 This post originally appeared on the Bitch blogs in March of 2009, but Blackwell's story is as inspiring as ever, so we're reposting it for your learning (and hidden-object-finding) pleasure!

This gave me chills. It's amazing what women do when facing insurmountable odds.

I studied Blackwell in a Women's Psychology class and also became an instant fan. I think we, as American women, often take for granted the struggles women faced, and surmounted, in past decades and centuries. We need to remember, that this type of struggle continues to be very real in other areas of the world, especially in male-dominated societies where women who seek education and professional careers are threatened, in the very least, for pursuing their individual freedoms.

And thank you for acknowledging a pro-life feminist - there is room for traditional feminists and progressive feminists to work together to help women around the world overcome many of the same obstacles that Blackwell faced.

I like that when she found what she wanted to do, she pursued it and did not take no as an answer. I think that it is cool that she overcame every obstacle that posed a threat in her career choice in the medical field. I think that is how every person should pursue their life; that way with every no they will become stronger and know how to improve for the next time.