Ella Baker is best known for her involvement in the civil rights movement during the late 1950s and 1960s, when she helped found the Southern Christian Leadership Conference and the Student Nonviolent Coordinating Committee. These organizations were indeed pivotal, but, as Baker herself said, “One of the things that has to be faced is the process of waiting to change the system, how much we have got to do to find out who we are, where we have come from and where we are going.” Baker believed that a revolution entailed an ongoing process rather than a finite blueprint; her accomplishments and ideology then, should be studied as a transformative trajectory rather than as discrete events.

On December 13, 1903, Baker became the second of three children born to Blake and Anna Ross Baker, both of whom were children of former slaves. Stories about her grandmother’s defiance toward her master and illegitimate father instilled Baker with an early sense of activism, while her mother’s role as a leader in the black Baptist women’s community taught her to be charitable without discrimination or elitism. Baker’s mother was a strong proponent of education, and Baker graduated as valedictorian from Shaw University in 1927. Defying the conventional role for educated women, Baker refused to become a teacher, instead moving to her own apartment in Harlem.

Baker’s interests in politics and human rights were stimulated by the vast range of people she met in the city, and she began to piece together her personal ideology from an amalgam of socialist, Marxist, internationalist, and Pan-Africanist ideas. She worked at times for the Harlem Library, where she was able to see and sometimes sponsor street corner discussions led by intellectuals and activists. Baker’s willingness to cross ideological boundaries and her confidence that her intelligence could match that of male colleagues helped her make friends and find mentors with whom she collaborated throughout her life. One of the few burgeoning movements to which Baker staunchly objected was black separatism. Early on, Baker recognized the intersectional nature of oppressions and therefore the need to create coalitions between movements, rather than isolating them; thus, she saw combatting racism as a gateway to combatting countless other forms of oppression as well.

In 1940, Baker was hired by the NAACP to work as a field organizer, a job that required travel through the South to recruit new members and donations. Baker used this work to nurture her methods of grassroots organizing and “education that leads to self-directed action.” Unlike her predecessors, who made brief visits to rural communities and recruited members who could help provide funding, Baker stayed in communities long enough to learn about their pressing racial issues, build a rapport with local organizers, and make personal connections with low-income residents—helping them break down the rhetoric of the NAACP to see an opportunity for action again the injustices they fought daily. Baker’s dedication to empowering those usually regarded as voiceless and incapable was later reflected in her role in SNCC, where she acted as a mentor but encouraged the youth to lead themselves collectively rather than looking to her as an authority figure.

Baker’s work was roundly praised at all levels of the NAACP and she was promoted to be the National Director of Branches in 1943 (the highest position a woman had occupied there), but her vocal criticism of the organization’s leadership led to her resignation in 1946. The issue Baker had with authority figures in the NAACP was one she struggled with in many movements—the politics of the organization were shaped and projected through the personalities and speeches of high-profile males, rather than through the actions and collective voice of localized people doing direct service. It was this aversion to top-down authority that caused Baker’s work to be consistently described as behind-the-scenes, despite her role during the 1950s as the president of the NYC NAACP and as a founder or member of more than 30 social organizations during her lifetime.

Ultimately, this was the way Baker preferred to be recognized—as an effective networker, educator, and motivator rather than a powerful or dominating figurehead.

(Interesting personal life note: Baker’s behind-the-scenes nature was also apparent in her social life—under FBI surveillance for being a potential subversive, her husband was thought to be a female roommate, and few of her political colleagues knew he existed!) 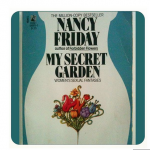