Although you can count her published works on one hand, Nella Larsen's achievements went beyond literature. She was a head nurse at the Tuskegee Institute, and the first African-American woman to graduate from library school as well as the first to receive a Guggenheim Fellowship.

But Nella Larsen is first and foremost remembered as an author—along with Zora Neale Hurston, Larsen was one of the major female writers of the Harlem Renaissance. Her first novel, Quicksand, was highly autobiographical. Helga Crane, the protagonist, resembles Larsen herself—Crane is born to a Scandanavian mother and a black Caribbean father (similar to Larsen's parents). Crane attends a black university for a while (Larsen went to Fisk), and then visits her white relatives in America and abroad to find that she's either ostracized or exoticized, and she eventually finds community in Harlem. Her second book, Passing, followed two light-skinned women, Clare and Irene, who both navigate New York (Clare passing as white). Although some have seen Larsen's protagonists as emblematic of the "tragic mulatto" stereotype, the trope is complicated through Larsen's attention to sex and gender. Her female characters have very real sexual desires and feel burdened by their roles as mothers and wives, expressing transgressive views of femininity for the time.

Sadly, Larsen only published one short story after Passing—she returned to a nursing career and left Harlem for the Lower East Side, where she died in obscurity in 1964. Her work has only seen widespread recognition relatively recently, and is now featured in course syllabi and has influenced a host of contemporary writers, including Heidi Durrow.

For more about Larsen, George Hutchinson's 2006 biography of Larsen, In Search of Nella Larsen: A Biography of the Color Line, seems to be the most up-to-date, and has answered many questions (and quelled myths) about Larsen, who has been described as the "mystery woman" of the Harlem Renaissance. Hutchinson writes, "...Like her most important characters, she nearly always inhabited the space between black and white, by necessary and by choice. That space, her fiction itself testifies, is hidden...Like her most captivating characters, she grew to prefer a certain invisibility and mysteriousness as a form of self-protection." And of course, you can find her two novels at your local library! (Psst...the Bitch Community Lending Library has one copy of Passing!)

This is great. I read "Passing" years ago and was amazed by the America of the 1920s, especially when affluent black characters consider moving to Brazil because "it's less racist."
Then I found true stories of light-skinned people of color who had passed for white, sometimes permanently leaving their families. Thank you for more information about Nella Larsen. 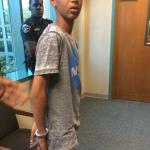