Author Florence Margaret “Stevie” Smith was born in England in 1902. Though her family called her “Peggy,” Smith’s friends dubbed her “Stevie” after Steve Donoghue, a famous British jockey. Smith was diagnosed with tuberculosis at age five and was in and out of sanatoriums for years, sparking a lifelong fascination with death. After Stevie’s mother became ill and died in 1918, Stevie and her sister lived with their aunt, a fiercely independent, unmarried woman not unlike the person Stevie grew into herself. She continued to live with her aunt for many years while writing and working as a secretary.

Smith’s works of fiction are heavily autobiographical. This fact was a source of tension in her community—acquaintances sometimes recognized themselves in her stories—but it also may have contributed to the realism and emotional resonance that made her work popular. Her 1936 debut work of full-length fiction, Novel on Yellow Paper, revolved around a secretary named Pompey, including her family, romances, and changing political beliefs. (Sylvia Plath, who described herself as a “desperate Smith addict,” is said to have wished she had thought of the title Novel on Yellow Paper for her own fiction.) Much of Novel’s narrative is in a stream-of-consciousness style. Smith’s divisive second novel, Over the Frontier, parodied spy fiction, and her third and final, The Holiday, in 1949, returned to Novel’s themes of dysfunctional relationships and the questioning of the British empire.

Smith is most famous, however, for her huge collection of poetry. She drew small pictures to accompany many of her poems, and this made it more difficult to find publishers. Still, Smith had seven volumes published in her lifetime, and another was released shortly after her death. The most commercially successful, Not Waving but Drowning, was published in 1957.

As an extension of Smith’s preoccupation with the morbid, her poetry often deals with death and depression, even when it has the cadence of nursery rhymes. Like the poems themselves, the pictures are both charming and uncomfortable. In the Dictionary of Literary Biography, Linda Rahm Hallett described Smith’s work as a “sometimes disconcerting mixture of wit and seriousness.” Smith died in 1971 at the age of 68; the medical symptoms she described in her letters turned out to be indicative of a brain tumor. Perhaps unsurprisingly, her work continued, and continues, to inspire readers and writers of all stripes. Hugh Whitemore wrote a play about her life called Stevie, which he then adapted into an acclaimed film released in 1978. Publishers have released numerous collections of Smith’s poetry, prose, letters, and transcribed speeches in the decades since her death. Nowadays, fans can even buy t-shirts adorned with her verses: With pieces as provocative and compelling as “The Suburban Classes,” I expect Stevie Smith’s work to remain beloved for many more decades to come.

There is far too much of the suburban classes
Spiritually not geographically speaking. They’re asses.
Menacing the greatness of our beloved England, they lie
Propagating their kind in an eightroomed stye.
Now I have a plan which I will enfold
(There’s this to be said for them, they do as they’re told)
Then tell them their country’s in mortal peril
They believed it before and again will not cavil
Put it in caption form firm and slick
If they see it in print it is bound to stick:
‘Your King and your Country need you Dead’
You see the idea? Well, let it spread.
Have a suitable drug under string and label
Free for every Registered Reader’s table.
For the rest of the gang who are not patriotic
I’ve another appeal they’ll discover hypnotic:
Tell them it’s smart to be dead and won’t hurt
And they’ll gobble up drug as they gobble up dirt.

Stevie Smith photo via Examiner. Northumberland House photo via The University of Hull.

My favorite of her poems:

Our Bog is Dood

We know because we wish it so
That is enough, they cried,
And straight within each infant eye
Stood up the flame of pride,
And if you do not think it so
You shall be crucified.

But when they raised them up again
They had forgotten me
Each one upon each other glared
In pride and misery
For what was dood, and what their Bog
They never could agree.

Oh sweet it was to leave them then,
And sweeter not to see,
And sweetest of all to walk alone
Beside the encroaching sea,
The sea that soon should drown them all,
That never yet drowned me. 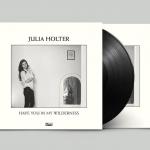