When Gertrude “Ma” Rainey—known as “The Mother of Blues”—sang, “It’s true I wear a collar and a tie… Talk to the gals just like any old man,” in 1928’s “Prove It on Me,” she was flirting with scandal, challenging the listener to catch her in a lesbian affair. It might not seem like a big deal to us now, but back then, pursuing same-sex relations could get you thrown in jail.

Blues music in the 1920s was so far under the radar of mainstream America that female blues singers could get away with occasionally expressing unconventional desires. That said, musicians like Rainey, Bessie Smith, and Gladys Bentley all felt obligated to produce song after song about loving and losing men.

“I don’t want to overplay the significance of the three songs that Ma Rainey wrote and recorded that had some references to lesbianism and homosexuality,” says Robert Philipson, who directed the 2011 documentary, T’Ain’t Nobody’s Bizness: Queer Blues Divas of the 1920s. “That’s a handful out of hundreds and hundreds of blues songs that were recorded. The fact that there were any was remarkable, given the times. You certainly never saw it in any other part of American culture.”

Often, the desire to prove that black Americans, less than half a century out of slavery, could be as artistic and literate as their white counterparts went hand in hand with adopting the “proper Christian values” of middle-class Edwardians.

The blues community, however, had no such concerns about respectability.

As it turns out, the blues world was the perfect realm for people who were thought of as “sexual deviants” to inhabit, as it thrived far outside the scope of the dominant white American culture in the early 20th century. In Jazz Age speakeasies, dive bars, and private parties, blue singers had the freedom to explore alternative sexuality, and on a rare occasion, they even expressed it in song.

“In lyrics, they talk about ‘bulldaggers,’ which is they called butch lesbians at that time, or ‘BD women,’ ‘BD’ being short for bulldaggers,” Philipson says. “There were references to being ‘in the life,’ which was understood to mean same-sex activity.” A postcard of cabaret singer and pianist Gladys Bentley, who performed in a tuxedo. (Via)

In 1930’s “The Boy in the Boat,” Ma Rainey’s protégé, Bessie Smith sang, “When you see two women walking hand in hand, just look ‘em over and try to understand: They’ll go to those parties—have the lights down low—only those parties where women can go.” A married woman who kept a female lover on the road with her, Smith is known to have exploded at a girlfriend, “I got twelve women on this show, and I can have one every night if I want it.”

With short-cropped hair and a tuxedo, the lesser-known Gladys Bentley commandeered the crowd at Harlem’s Clam House in the 1920s, singing cabaret, tickling the piano keys, and flirting shamelessly with the women in the audience.

“Harlem’s 133rd Street was called ‘Jungle Alley,’ because there were so many nightclubs on it,” Philipson says, explaining that Harlem had the only Roaring Twenties jazz clubs and cabarets in the country that drew white “tourists” curious about “race music.” “The Clam House was famous because it had Bentley, reveling in her image as a ‘bulldagger.’ Because of her, it became a place where black lesbians and gay men would go to hang out. White sightseers from downtown would check out her show as well.”

Other blues singers delving into “the life” tried to keep it behind closed doors—and the lack of modern technology and online celebrity-gossip hounds made it possible to do so. In the ’20s, blues and jazz vocalist Ethel Waters, a lesbian, was involved with a dancer named Ethel Williams, as a couple known to friends as “The Two Ethels,” according to a 2007 biography of Waters by Stephen Bourne. They even lived together as lovers, a very disreputable act at the time, which Waters managed to keep out of all 20th-century biographies about herself.

“What was occurring was occurring clandestinely or within urban settings that were more or less secret and difficult to penetrate,” Philipson says. “It was very much under the cover of night, because they could be prosecuted for same-sex activity. There were some open demonstrations of alternative sexuality in the Harlem Renaissance and in Greenwich Village in the late ’20s. Take for example, ‘the Pansy Craze,’ where Harlem drag balls were attended by sightseers and celebrities. There were also drag performers in cabarets, but that was very much the exception.”

It’s likely that the flapper movement took some cues from these blues divas, who were on the cutting edge of that sexual revolution in the 1910s, flouting conventions about proper women left and right. “They drank, and they dressed in a flashy and flamboyant manner,” Philipson says. “They were not subservient to men in any fashion, and that was not the model of post-Victorian womanhood that was in mainstream culture at the turn of the century.”

“All these women had come from working-class, or even more marginal backgrounds, in one of the worst periods of racial segregation in American history,” he continues. “And they were making money and careers for themselves during a period when that was very unusual for black women.”

In fact, Ma Rainey, Bessie Smith, and Ethel Waters all got their start singing and dancing on the turn-of-the-century vaudeville circuit. So it’s not surprising these women went on to revel in the saucy sexual innuendo of what became known as dirty or “hokum” blues. In Waters’s 1928 song “My Handy Man,” she sings, “He shakes my ashes, greases my griddle, churns my butter, strokes my fiddle. My man is such a handy man!” Ethel Waters in a publicity photo for the 1929 film “On With the Show,” in which she sings “Birmingham Bertha.” (Via)

The lowdown dirty blues was a far cry from upright, ambitious lifestyle promoted by the leadership class of African Americans that W.E.B. Du Bois referred to as “The Talented Tenth” in 1903, who were establishing black colleges and assimilating in the world of white Edwardians.

“The black bourgeoisie, the aspiring post-Victorian middle-class blacks, were very hostile to homosexuality,” Philipson says. “They were not the majority of the black community, but they were trying to set themselves up as the leaders. Post-Victorian morals were that you have no premarital sex, you get married, you raise a family, you stay together all of your life, you go to church, and you raise proper Christian children who take their place in society and reproduce.”

Clearly, these lesbian-leaning blues singers were forging their own paths in a shifting cultural landscape. “No time to marry, no time to settle down,” Bessie Smith sang on 1926’s “Young Woman’s Blues.” “I’m a young woman, and I ain’t done runnin’ around.”

This is an edited version of an article that originally appeared on Collector’s Weekly.

This form needs Javascript to display, which your browser doesn’t support. Sign up here instead 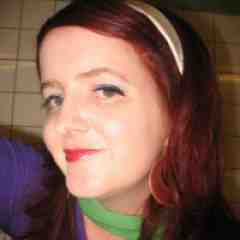 EVERYTHING ABOUT THIS IS PHENOMENAL.

I first found out a bit about Bessie Smith and Gladys Bentley thanks to an amazing event in Toronto back in 2008, or 2009... I can't find anything online, but in my recollection it was a beautiful night of paying tribute to these revolutionary queer women.

Also! I came across this <a href="http://8tracks.com/margotkim/tain-t-nobody-s-bizness">beautiful playlist</a> over on 8tracks from this past winter: "'Tain't Nobody's Business: songs by black women who slept with other women, dressed like men, and sang about it. Not every song on here is about women with women or men with men, but there's a decent amount of queer blues songs out there. "

Listeners should press play while reading the even longer version over on Collector's Weekly:

There's also a <a href="http://www.etsy.com/ca-fr/listing/64390767/gladys-bentley-from-the-serie... zine</a> about Gladys Bentley's life available on etsy:

Seriously these women are total badasses. And I bet they would have been a lot of fun to hang out with when not entertaining the public! But was Ethel Waters really a lesbian? I thought she was bi? I have read on other places that she was.... I mean at first you think how can she be a lesbian if she's singing a song about her "handy-man"? But then of course one has to remember that (and as was already talked about in this post) these women had no choice but to sing songs about being "attracted to men", otherwise they would have gotten in BIG trouble. But if Ethel Waters was gay, I did not know that!

Also the comment "they wrote about lesbianism and homosexuality".. which is kind of weird since that's the same thing! And calling these women "lesbian-leaning" is also a little strange to me, because it's like saying being a homosexual is a "choice" or "lifestyle". Or is in some way "not complete" or something like that. But the weird thing is, I kind of heard that before, but I don't recall ever hearing someone talk about a gay man as "gay-leaning"...

Still this is an awesome post! I would definitely love to check out more of these amazing ladies!

Those gals were somethin' else... If you aren't familiar with the music of Saffire, the Uppity Blues Women, check it! Ann Rabson, the keyboard player died last year however Gaye Adegbalola, blues woman extroidinare is a force to be reckoned with. She's out & proud & black & blue to the bone. www.adegbalola.com. will take you to her website. She
performs Bessie & Ma's tunes, is well versed in the "herstory" of the blues and is an awesome songstress in her own right having penned such soon-to-be classics as the Silver Beaver song, Bitch with a Bad Attitude, Hungry Woman Blues, to mention just a few. Check Ms Gaye out. You won't be sorry! 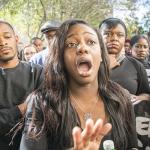