Adventures in Feministory: The History of the Babysitter | Bitch Media

Adventures in Feministory: The History of the Babysitter

Okay, full disclosure, right up front: I'm a babysitter. Like, professionally. So maybe my fascination with the history of this job comes from a place of pure self absorption. Then again, there's a good chance many of you readers have been babysitters at some point (BSC-inspired flyers around the neighborhood advertising your services? A totally undesirable but obligatory gig watching a younger family member?), and besides, the history of the babysitter brings up some issues much larger than diapers and bedtime, like our culture's anxiety with the financial and sexual independence of girls. 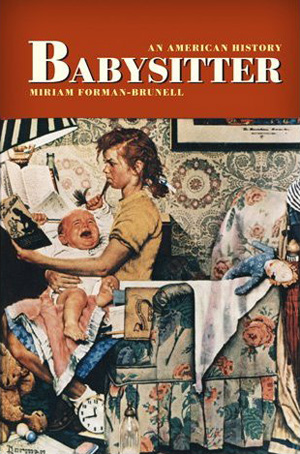 Miriam Forman-Brunell has written a book-length study of babysitters called Babysitter: An American History (available now at the Bitch Community Lending Library!), which details the realities and cultural fantasies about babysitting from its advent in the early 20th century to its "fall" in the first decade of the 21st. I'll lay out some key points of Forman-Brunell's history, but if you're itching to know more, this is a book worth paging through, if only for the guilty joy of reading the various sensationalist accounts of the evils of babysitters (there's an entire section on urban myths—remember the sitter who put the baby in the oven and the turkey in the crib?).

According to Forman-Brunell, the rise of the babysitter coincided with the rise of the teenage girl as a cultural phenomenon in the 1920s. Babysitting was a compromise between "teenage girls' desire for personal freedom and adults' expectations that they stay close to home." A babysitting job comes with personal responsibility and a little bit of money, but it also keeps a girl right smack in the domestic sphere, where she can be expected to work on her lady skills and also be watched verrry closely. Sort of. Actually, the crux of Forman-Brunell's argument is that even though a babysitting job was seen by parents and the culture as this compromise enabling them to keep girls in their place, because it meant leaving girls alone to look after the children and themselves the anxiety would never cease. Never. Ever. From the early babysitters who were accused of flirting with men on street corners while the babies toddled out under the wheels of horseless carriages, to later ones who were supposedly too busy text messaging to notice that their charge was chugging Drano (or that the murderer was up in the bedroom!), babysitters have apparently never been trusted. For my part, reading Forman-Brunell's book has succeeded in making me a bit paranoid that no one thinks I'm competent, even though I like to think of myself as a nanny (there's a difference!) and I'm no longer one of those terrifying teens society loves to hate. 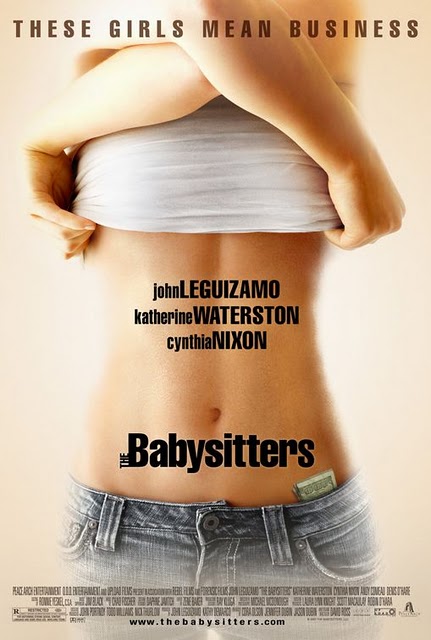 Although these kinds of fantasies about controlling the babysitter continued to exist (even in kids' books: hi, R.L. Stine!), as the 20th century drew to a close, sitters were influenced by the feminist movements to band together and demand that they be treated fairly and paid well. Hence the rise of the Baby-Sitters Club series and similar books, in which girls worked together to take back control of the job. 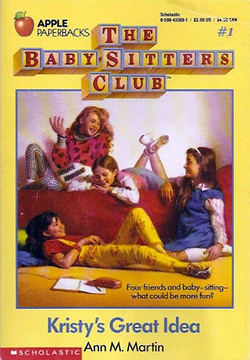 Forman-Brunell's account of the history of the babysitter was really interesting, but I did find myself wishing she'd opened up her study and not rested quite so much on assumptions about who babysitters are and were. The book relies on a stereotypical image of the sitter: young, white, middle-class, female. Forman-Brunell explains at the beginning that her study focuses on this image because it's so widespread, but I'd love to read more about the realities of teenagers and childcare using a broader lens. Why are girls of color erased from this history? What about boys who babysit? What about babysitting from a cross-cultural perspective, or an interrogation of the depiction of mental illness in stories about babysitting (more than one sitter in the stories gathered in Forman-Brunell's book "goes crazy" for one reason or another)? What have you read about the history of babysitting or childcare that addresses the issues Forman-Brunell chose not to tackle?

Your mention of the preponderance of "crazy" babysitter stories highlighted some interesting parallels with 19th-century British governesses, who were widely believed to develop mental illnesses because they were charged with the care and education of children, but denied the chance to fulfill their womanly destiny by becoming mothers themselves (for various reasons--money worries, man shortages, etc.). Mary Poovey and Kathryn Hughes's work on gender politics and governessing is really stellar about addressing these issues.

There were also similar anxieties about the sexual availability of governesses. It was widely believed that their desire for domesticity would manifest itself in lust for their wealthy (male) employers. (Thus the ultimate governess novel, <i>Jane Eyre</i>, provoked moral outrage by not only presenting the governess as a desiring subject in her own right, but by also depicting a romance that crossed class lines.)

It's strange that more than a century-and-a-half after the "mad" governess phenomenon that young women who care for children can still be seen as threatening interlopers (in the cultural imagination, at least), even as they perform sanctioned "feminine" activities within the domestic sphere.

I think the history of the governess highlights a lot of similar issues, albeit in a totally different context. Ruth Brandon's book <a href="http://www.nytimes.com/2008/05/25/books/review/Cokal-t.html"><i>Governess: The Lives and Times of the Real Jane Eyres</i></a> looks really interesting.

I'll have to check that one out--thanks! It's been a few years since I've read anything on governessing, so my bibliography is a bit rusty. :)

Well, that's the whole plot of "The Hand that Rocks the Cradle" (although I suppose she was technically a nanny?). There seems to be an innate fear of an outside woman, usually younger than the mother of the children, breaking up a nuclear family. I think it stems from a very natural concern for childrens' safety, but as usual, the blame seems to fall once again on the unmarried woman, in this case, the babysitter, and at least partially, in some cases, on the mother, who, in a desire to do something (work, socialize, etc.) outside of the home, leaves her children with a "stranger."

It's a little funny, though, because I remember babysitting as a high school student and couldn't remember anything less dramatic. Maybe there will be dramatized tales of coffee-shop employees next?

Rad post Lindsay! I dig the cultural analysis of babysitters, and of course major points for any post that brings up <i>The Baby-Sitters Club</i>

Coover's short story "The Babysitter" is also a good example of the sexualized babysitter from a mostly male POV--especially the father of the children under her care and the teen boys/her peers. :-)

In fact, one of the films I link to in the piece (the 1995 film <i>The Babysitter</i> starring Alicia Silverstone), is based on Coover's story. Here's the link again: http://www.youtube.com/watch?v=P40CSCwugVI

Great post. I just finished a thought-provoking look into the life of an "anonymous woman pushing a stroller on the Upper East Side" who came to NYC from Trinidad and learned that to survive her limited options included becoming a nanny. The novel is Victoria Brown's <i>Minding Ben (out in April).

It had me wondering how so many people can project wacky motivations on someone for simply trying to make a living without the same privilege and connection. It seems like part of being a good baby-sitter across racial and class lines is often allowing people to assume what they want; hiding intelligence and talents just to provide security to people can afford to pay for - and therefore demand - a two-dimensional person.

I'd love to learn about people who can elevate aspects of the domestic sphere in public opinion and convey childcare as a vital, revered position.

Maybe all that projection is because the people doing the hiring feel guilty for needing help to look after their own children. To cope with it maybe they decide to see anyone they hire as inferior in some way, ie mentally ill, lower intelligence, unskilled. What do you think?