And this week we’re journeying into the not-so-distant history of Wilma Mankiller, the first female Chief of the Cherokee Nation, who held her title for ten years.

Born in Tahlequah Oklahoma on rural Mankiller Flats (before you get any ideas, “Mankiller” refers to a military position for the village lookout), Mankiller lived a traditional Cherokee childhood for the first 11 years of her life. In 1956 her family relocated to San Francisco as part of a government relocation plan of the Bureau of Indian Affairs (which incidentally broke up ties to the reservation and weakened tribal communication and relations–forced relocation of the Cherokee by the US government didn’t stop with the Trail of Tears). A huge switch from farm life, Wilma had a hard time adjusting to the big city. The economic security promised by the BIA was nowhere to be found, and she learned first-hand about urban poverty. She found refuge, however, at the San Francisco Indian Center where she would spend many afternoons.

It wasn’t until after she was married with children that she began looking into higher education and began taking classes in social work at the University of San Francisco. But even a bigger shift in her life came in conjuncture with the growing American Indian Movement. The 1968 high-profile occupation of Alcatraz Island, which involved American Indians taking over the island to raise awareness for Native injustices and rights, greatly influenced Mankiller and her family. She made her way to Alcatraz for the third and final occupation of the island, which lasted for 19 months. She wrote that her experience at Alcatraz “helped to center me and caused me to focus on my own rich and valuable Cherokee heritage.”

Newly politicized, Mankiller delved into activism, starting with community and education centers in the Bay Area, including co-founding the Native American Youth Center and American Indian Community School in 1974, and joining the Pit River Tribe in their fight against the Pacific Gas and Electric Company over tribal lands. She divorced her husband and moved back with her girls to Oklahoma in 1976 with barely anything (“I had no job, very little money, no car, had no idea what I was going to do, but knew it was time to go home.”).

She was in a terrible car accident in 1979 that required several serious surgeries on her face and legs, and while in recovery was tested and diagnosed with a rare form of muscular dystrophy (she recognized her own symptoms from watching a muscular dystropy telethon). While in recovery, Mankiller studied and learned more of about Cherokee history and tradition. From A to Z of Native American Women:

Mankiller maintained that she developed a “Cherokee approach” to life during the process of healing. She worked toward, in the words of Cherokee elders, “being of good mind.” According to Mankiller, “That means one has to think positively, to take what is handed out and turn it into a better path.”

Mankiller recovered, and in 1981 she began helping the town of Bell, Oklahoma, home to some of the poorest Cherokees. Mankiller worked with the community of Bell to construct a sixteen-mile-long water pipe and to renovate multiple houses, and her efforts earned her the respect of many Cherokees, leading Ross Swimmer to ask her to join his ticket as deputy chief for the next election. Although she expected her liberal politics to be a problem, it was her gender that riled men in the community–she received death threats and had her tires slashed. At the time, female leadership was rare in the tribe, even though prior to the the arrival of Europeans the Cherokee had valued the input of women on tribal matters. Sexism was just one of many social plagues brought by white settlers. To add even more perspective, the Cherokee people hadn’t been “allowed” by the United States Governement to elect their own leaders until 1970–since 1907 the US President had appointed leaders.

Swimmer and Mankiller prevailed and won. Unexpectedly, Ronald Reagan appointed Swimmer to head the Bureau of Indian Affairs in 1985, making Mankiller the first female Cheif of the Cherokee Nation, the second largest tribe in North America. Mankiller ran and won successfully in 1987 and 1991 (where she received 83% of the vote). One of her major contributions came in 1990, when she enacted a self-governance agreement whereby the Cherokee Nation would administer federal funds rather than the Bureau of Indian Affairs in Washington.

Mankiller was a woman with disabilities that blended activism with politics as well as urban and rural Indian affairs. She was a trailblazer for women’s leadership in modern tribal politics. One of the great thing about recent feministory is that she’s still active, and you can experience Mankiller’s 2008 speech “Challenges Facing 21st Century Indigenous People” at the Library Channel or watch it below:

In her autobiography Mankiller, A Chief and Her People, Mankiller writes

I try to encourage young women to be willing to take risks, to stand up for the things they believe in, and to step up and accept the challenge of serving in leadership roles. True tribal tradition recognizes the importance of women. You can also find Mankiller at your local bookstore or library. Her autobiography is Mankiller: A Chief and Her People. She’s also co-edited Every Day Is a Good Day: Reflections by Contemporary Indigenous Women and A Reader’s Companion to the History of Women in the U.S. (Too perfect for the month of March!)

Update: Facebook and web commenters both brought to my attention the sad news that Mankiller has stage 4 pancreatic cancer. Her husband, Charlie Soap, made the announcement March 2nd.

women's history at Bitch feministory makes my life that much brighter. Really well-done piece on Wilma, thanks for telling her story.

I didn't know she worked on the Pit River case. My grandfather Aubrey Grossman was their lawyer:

I'm SO GLAD that Bitch has profiled this wonderful and courageous woman. I had never heard of her before. I just heard on the local public radio that she has advanced pancreatic cancer. It is rare thing for those who are hit with this kind of cancer to survive. I hate to sound mournful ahead of time, but she is leaving us with a legacy, and more should be done to tell her story.

Thank you, Bitch, for beginning that. Maybe she'll be memorialized in the next issue? 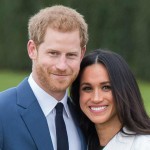