All Aboard the Douchebag Train! A Roundup. | Bitch Media

All Aboard the Douchebag Train! A Roundup.

• Check out this piece from the Onion, “As Men’s Job Losses Mount, Wives Feel the Impact.” Oh wait, that’s an actual headline from Time magazine. The latest in the “which gender has it worst when the economy sucks?” is a real let down:

“[Many other women are upset] — wives of the 4.2 million men who have been laid off since the recession began. In fact, according to recent data, it is likely that more than 2 million American women are married to someone who has been handed a pink slip during this recession. Compare that to the approximately 1.4 million women who have lost a job, and it appears that the majority of women may be experiencing our Great Recession’s mass job losses not as a laid-off worker but as the spouse of one. And while a lot of attention has been paid to those who have lost their job — some 75% of whom have been men — the impact of these losses on spouses has been largely ignored.

To be sure, many of these cuts affect both the husband and wife, but women — even those who work outside the home — still take on more household responsibilities, including cooking, cleaning and taking care of children, whatever their ages.

Yet a husband’s job loss is a family event that affects everyone — especially spouses, according to Alan Pickman, a psychologist and outplacement specialist with Lee Hecht Harrison as well as the author of The Complete Guide to Outplacement Counseling. While both the husband and wife may struggle with new financial fears and feelings of anger and betrayal, “the spouse’s response may be even more intense than it was for the individual male who lost his job,” says Pickman. Most experts agree that may be because wives feel powerless — both about the job loss as well as the family’s future, since only the displaced husband can get himself a new job.

While this article could be interesting if it actually followed up on the spouses–both employed or unemployed, both male and female–of laid-off partners, it just essentializes women and wives. Women are framed as domestic partners rather than the more complicated and intersecting roles of mothers, caretakers, workers, and breadwinners. Lumping women into one category without successfully recognizing the immense amount of work (paid or unpaid) women perform doesn’t constitute news in my book. Also not a joke: This was the photo accompanying the article

From the “Tinseltown Trash” File

• As a follow-up to last week’s Decree, Michael Bay has managed to dig himself deeper into douchebaggery.

• Variety reports Baywatch is being made into “bigscreen comedy” directed by Jeremy Garelick. I guess God heard my prayers that what the world needs is more past TV shows made into slapstick comedies (especially ones that will no doubt tout objectification as humor). Of the fourteen names listed in the article as backing, directing, relating to the film in anyway, all fourteen are males. They can all Garelick my—-nevermind. From the “Who Knew this Rando Sexist Website Even Existed?” File

• The blog What Would Tyler Durden Do? (“A Safe Space for Douchebags”) posted “How Should Women Dress?” featuring Kendra Wilkinson (of Girls Next Door fame) in a coy golf position, a typical post on this All Things T&A website.

Dressing sexy is all about attitude. Looks don’t really matter. Unless you’re unattractive or overweight, in which case looks very much do matter. If a girl is built like Kendra, she should dress exactly like Kendra. Every day, all the time….If the girl isn’t built like Kendra, um … I don’t know. I guess maybe an invisibility cloak or something. What’s the point to even being a girl if you’re not gonna look like Kendra?

‘Nuff said. What’s interesting is that Kendra Wilkinson responded on her own blog. Posing in baggy sweats, Kendra writes

Well Brendon, i see what you’re saying about “attitude” because i agree that this is what matters. There’s nothing SEXIER than confidence in a woman!!!! Weight doesnt matter… at the end of the day everybody has a different standard for what turns them on…The way i dress represents who i am and i think everyone should just dress in whatever makes them feel good.

And while im totally flattered u like the way i look and dress.. i just hope u dont make other women feel like they have to wear a “cloak” if they dont look like a playmate!

While “whats up with the whole double standard anyway?” isn’t the sharpest feminist rhetoric I’ve heard, it’s cool that Kendra stood up for herself. She goes on:

There are probably tons of men out there that find thick librarians smokin hottt! LOL. Maybe men should start walking around with their hands cupped on their junk and tank tops that show off their abs… um, but only if they’re built like football players :) lolololol. • Some guy with too much time (and expendable income–buy my tampons!) decided to test which tampons are the least absorbent. Why? Because he just learned about Toxic Shock Syndrome, and using the logic that the more absorbent the tampon, the more likely a woman might get TSS…because the tampon would be so saturated it would, in his words, EXPLODE LIKE A BOMB.

The point of this middle-school experiment is all in the name of humor, the gist being women’s body parts and functions are so WEIRD and GROSS! And as a man, it is INCONCEIVABLE to even spend more than 3 seconds conceptualizing what a tampon does! Or how babies are actually made! The sad thing is that it’s obvious he really doesn’t have any idea how women’s bodies work.

Up next, tomato paste. This thick, red fluid would be a true test of the tampons’ absorbent qualities.

Ummm what? I would need more than Playtex if something with the consistency of tomato paste starts coming out my vajay. Stay away from my vajay

In the “Even Right Wingers Think You’re Too Right Wing” File:

• Wonkette reports on the “Lone Fartsack Votes Against Resolution To Thank Slaves For Building The Capitol.” Iowan Congressman Steve King was the ONLY dissenter on a measure for a plaque recognizing the slave labor that contributed to the building of the Capitol. “Last night I opposed yet another bill to erect another monument to slavery because it was used as a bargaining chip to allow for the actual depiction of ‘In God We Trust’ in the CVC….This is just the latest example of a several year effort by liberals in Congress to scrub references to America’s Christian heritage from our nation’s Capitol. Liberals want to amend our country’s history to eradicate the role of Christianity in America and chisel references to God or faith from our historical buildings.

“Steve King’s lone vote against acknowledging the role slaves played in the construction of the United States Capitol is a slap in the face to the very sacrifices and contributions African Americans made to our nation. This is the latest in a long line of erratic behavior from King that has made him an embarrassment to Iowans and to the Republican Party.”

Palin is an avowed feminist. As such, her husband and children have to fall in line behind her career goals. If everyday actions speak louder than words, then she holds more affinity with her pro-abortion feminist sisters than with her conservative sisters nursing babies at home.

Has America become so emasculated that our only hope of getting another Ronald Reagan into the Oval Office is to idolize Palin as a political Madonna? Hardly. Do we have no men who can match her intelligence, charisma and leadership skills? To the contrary, we have better. Have conservatives become so desperate for a passionate leader that they forsake their most basic values of home and hearth? Yes, but it’s more than that.

Sarah Palin represents the empirical self of millions of women working outside the home. They live vicariously through her supposed success. Seeing such a woman extolled gives credibility to their frantic lifestyle juggling job, children, husband, church, and housework.

There are certainly some valid reasons to support Sarah Palin. Her passion for the unborn is refreshing. Her strong support of Second Amendment gun rights is vital to our personal and national security. But her easy dismissal of the value of being at the center of a home and her children’s lives seems antithetical to true, conservative “family values.”

Our society has so twisted the distinctiveness of womanhood that we no longer recognize it. If our Founding Fathers could see their country now, what would they say about women fighting in combat overseas? What would they think about a mother of a young baby being the commander in chief of America’s military? What would they say as she walked the line exchanging salutes with soldiers? They would hang their heads in shame.

Do I defend feminists? Do I defend Sarah Palin?! If you can make sense of that, let me know!

aaaaw, shucks, kendra!!! i love reading bitch magazine, but I also love watching Girls Next Door. I love Kendra's honesty (about being a "girlfriend") since her "breakup" with hugh hefner. She might be the opposite of feminist, be she still seems like a good and genuine person.

my favorite part about your blogs is how you always manage to sum it all up with one sassy, funny, smart line. "stay away from my vajay" should be a new t-shirt slogan.

Audra Shay wants to hop on board as well!!

Thanks for your comment. While we understand that some people feel the term douchebag should not be used as an insult because it is associated with female genitalia, we here at Bitch believe douching to be unnecessary and harmful to women, which is why we choose to use the term to describe people who don't respect women or feminism. Jonanna Widner addressed this issue a while back on this website, saying
<blockquote>Douchebags are a repository of unnecessary harm done to women. They are symbols of the outdated thinking that vaginas are dirty and need cleansing, and further they are symbols of the idiotic, self-hating mindset that is sold to women.

You can read the whole post <a href="http://bitchmagazine.org/post/douchebag">here</a>. And <a href="http://www.cnn.com/HEALTH/women/9910/18/do.not.douche3.wmd/index.html">c... here</a> for more of an explanation of the potential harms of douching, from the Archives of Pediatrics & Adolescent Medicine.

Thank you again for your feedback. Hopefully this gives you a bit more of an idea as to where we're coming from on the whole douchebag thing.

Oh man I feel this way all the time. I enjoy watching Girls Next Door, and Kendra's spin-off show. I think it's because the ladies are actually very pleasant and friendly, vs. what most other busty arm-candy is portrayed as on reality TV. I watched an episode of one of those "Real Housewives" shows once (it came on right after an episode of The Fashion Show, and I was cleaning my apartment and had it on as background noise), and it was just so vapid and annoying and ridiculous. 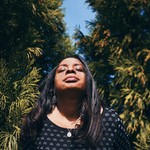 by Tamara Winfrey Harris
Every day seems to bring a new blow to democracy or another threat to people like me.