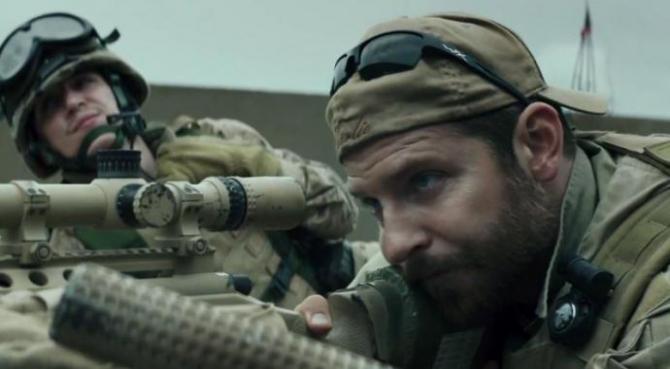 American Sniper is a massive commercial and critical success. The Bradley Cooper-helmed film, based on deceased U.S. Navy Seal Chris Kyle’s memoir, garnered six Academy Awards nominations, including a nod for Best Picture, and has generated upwards of $200 million at the box office. For director Clint Eastwood, American Sniper is representative of his career–audacious, daring, and acclaimed. Yet, the film that’s driving audiences to the theaters is also fanning flames of anti-Muslim bigotry.

According to the American-Arab Anti-Discrimination Committee (ADC), the nationwide theatrical release of American Sniper has caused an uptick in violent threats against upon Muslims. The ADC is so concerned with the safety of their community that they’ve delivered letters to both Eastwood and Cooper requesting that the director and actor use their visibility and influence to condemn violence against Muslims, particularly violence related to the film. American Sniper depicts Kyle, the most deadly sniper in American history, as a war hero.

“I am writing to bring to your attention the increase of serious threats against the Arab and Muslim American communities. A majority of the violent threats we have seen over the past few days are the result of how Arabs and Muslims are depicted in American Sniper. We are in receipt of hundreds of violent messages targeting Arab and Muslim Americans from moviegoers of the film.”

Many of the threats were social media posts calling for the murder of Arabs and Muslims. Social media posts cited in the letter, for example, say “Great f**king movie and now I really want to kill some f**king ragheads” and “American sniper makes me wanna go shoot some f**kin Arabs.”

There is credence to the argument that American Sniper is sparking hateful threats. American Sniperoffers flawed and offensive views of Arabs and Muslims.  Throughout Kelly’s memoir, and in the movie, Muslims and Arabs are referred to as “savages.” In fact, in the book, Kyle–who killed 160 people–opines on how many more Arabs and Muslims he wish he would’ve killed. He expresses no remorse, writing: “I only wish I had killed more. I loved what I did…It was fun. I had the time of my life.”

A woman and child seen through Chris Kyle’s sniper scope.

Slaughtering men, women, and children at the behest of the American government was “fun” to Kelly and now that “fun” has been transformed into a movie that is continuing to amass cultural significance. Yet, it isn’t American Sniper itself that’s instigating these tensions. The film acts as a funnel for Islamophobes—and our overall Islamophobic culture—to reveal themselves. After the terrorist attacks on September 11, 2001, Gallup found that respect decreased between Muslims communities and the Western world. Gallup researchers interviewed Muslims in the United States, France, Britain and China, and found that 40 percent of those surveyed were unsatisfied with their treatment in their countries. These statistics support the idea that Islamophobia—a fear of those who identify as Muslims and ethnic groups perceived to be Muslim—is prevalent in Western societies, and that it greatly impacts how Americans encounter and understand Muslims and Arabs.

American Sniper had an opportunity to highlight the humanity of the Iraqis Kelly encountered, but instead, the movie chose to portray the distinctive trope of white saviors attempting to tame savage others. As Chris Hedges writes,

“American Sniper lionizes the most despicable aspects of U.S. society—the gun culture, the blind adoration of the military, the belief that we have an innate right as a ‘Christian’ nation to exterminate the ‘lesser breeds’ of the earth, a grotesque hypermasculinity that banishes compassion and pity, a denial of inconvenient facts and historical truth, and a belittling of critical thinking and artistic expression.”

There’s still space in Hollywood for white male heroes who are supposed to represent struggle and eventual triumph. After all, the Academy Awards is lined with these narratives. American Sniper doesn’t buck the trend, but is still accruing praise.

American Sniper distributor Warner Bros is beginning to try and change the image of the film. Jack Horner, a Warner Bros spokesman, told Reuters that the company “denounces any violent, anti-Muslim rhetoric, including that which has been attributed to viewers.” Additionally, Horner said, “Hate and bigotry have no place in the important dialogue that this picture has generated about the veteran experience.”

In no way is criticism of American Sniper for being anti-Mulism a condemnation of veterans. As the granddaughter of two veterans—including one recipient of the Purple Heart—it is imperative for me to recognize the sacrifice our armed forces make to protect our borders domestically and abroad. Instead, Kyle Simpson, a staff columnist at the Crimson White, sums up Americans’ misguided rage when he writes:

“Islam as a whole is not to blame for militant terrorism. The vast majority of the approximately 1.6 billion people who practice Islam had  nothing to do with the attacks in Paris or New York, and they condemn the tragedies as much as we do. Holding them responsible is akin to holding all Catholics responsible for the Spanish Inquisition or all Germans responsible for the Holocaust. This foolish reaction to the actions of a few is detrimental to our society, and it was irresponsible for the people involved in American Sniper to paint the conflict the way they did. A film that could have been about the bravery and excellence of our armed forces seems instead emblematic of the struggle our society is having with Islamophobia.”

If we are to hold extremists responsible for terrorism, we must also condemn those who attack entire religions based on their own biases. Using American Sniper as an excuse to make violent threats against Arabs and Muslims is an act of cowardice. American Sniper’s presence in our cultural landscape increases these tensions, and it is because of its significance that those involved with the project must use their influence to condemn violence against Arabs and Muslims.

Related Reading: It’s No Surprise That the Oscars Snubbed Selma. 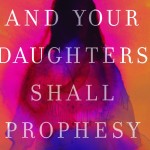