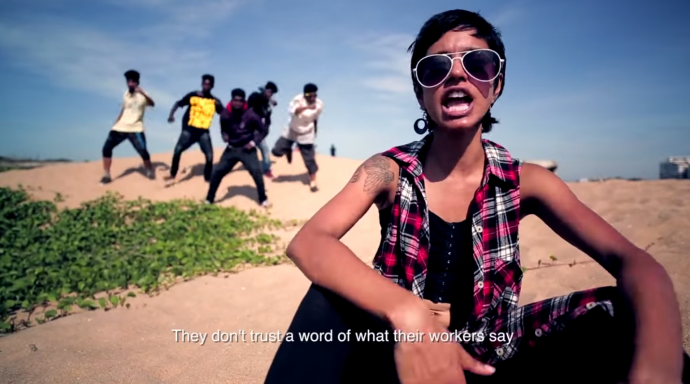 Nicki Minaj’s hit song “Anaconda” has been remixed as a catchy protest song demanding environmental justice for a city in Tamil Nadu, India.

In June, families in the hill-top city of Kodaikanal have been protesting Unilever, which operated a local thermometer factory that dumped toxic mercury waste outside for 14 years. According to the New Indian Express, the mercury poisoning killed 45 workers and 12 of their children in Kodaikanal. Other workers report suffering from neurological and reproductive health problems due to the mercury contamination. While Unilever held their annual meeting with shareholders this week, Chennai-born rapper Sofia Ashraf put out a new music video where she calls out Unilever to the tune of “Anaconda.”

“They dumped their waste in the local shrubbery

By the way, what’d they say?

That their factory was safe as day.

They don’t trust a word of what the workers say.”

Ashraf and Kodaikanal workers are asking supporters to sign a petition demanding Unilever take responsibility for the mercury poisoning.

by Katie Presley
This week's mix, by guest DJ Katie Monks of Dilly Dally, is all hope, claws, and raw power.