An Indigenous Group Turned Their Stories Into an Amazing Video Game 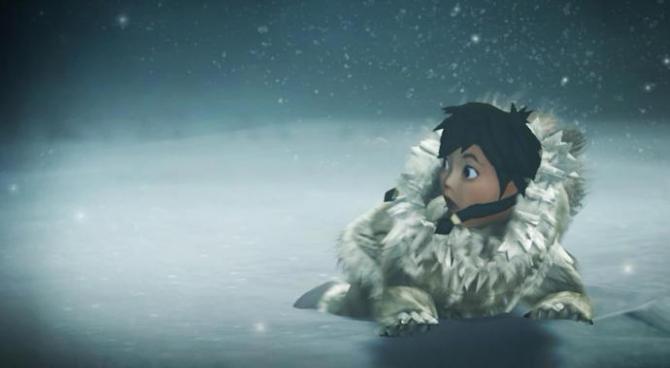 Video games are an excellent medium for storytelling. While modern games often guide players through fantasy worlds, unfolding complex stories about mythological pasts and alien legends, few video games have thoroughly explored the possibilities of telling strong stories about specific, real-life cultures. In 2012, a group of Native Alaskans decided to do just that.

The Cook Inlet Tribal Council (CTIC) is a nonprofit based in Anchorage, Alaska dedicated to providing social and educational services to Native Alaskan people. Gloria O’Neill, president and chief executive officer of the tribal council, suggested that creating a video game could be a good way to create job opportunities while also sharing the history and stories of their people. Never Alone or Kisima Inŋitchuŋa is the final result of O’Neill’s idea.

In order to realize O’Neill’s vision, the Cook Inlet Tribal Council’s for-profit branch founded Upper One Games, now a subsidiary of E-Line Media, in order to develop the game that would become Never Alone. Upper One Games was the very first indigenous-owned commercial game company in the country. Upper One Games, the CITC, and E-Line Media collaborated to create a unique, engaging game that explores the rich traditional lore of the Inupiaq people of Alaska by leveraging the “power of video games to create, share, and extend culture.”

Never Alone’s plot is based around Alaskan indigenous folklore, specifically the story “Kunuuksaayuka,” a tale told by storyteller Robert Nasruk Cleveland of the Inupiaq people. “Kunuuksaayuka” tells of a young boy who goes out into a blizzard to discover its source and, by doing so, save his people and their way of life from the terrible storm. According to Never Alone’s website, nearly forty Alaskan Native participants, including storytellers and elders, were involved with the development of the game. These Inupiat representatives and Never Alone’s development team worked together to turn “Kunuuksaayuka” into the game, notably changing the protagonist from a young boy into a young girl, Nuna, and giving her an adorable fox to accompany her on her quest. 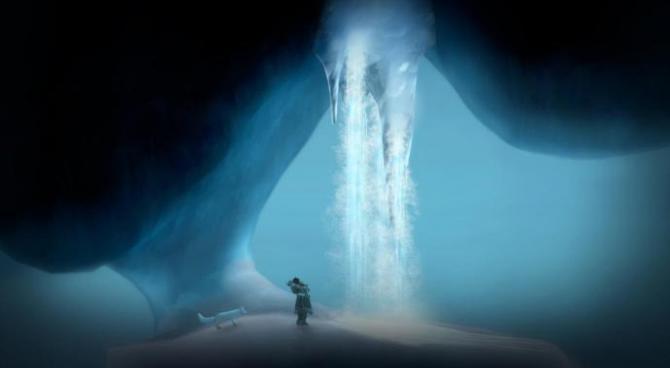 Never Alone opens with a simple animation reminiscent of scrimshaw, a traditional style of engraving, typically on baleen and ivory, used to tell stories and record history by Inupiat people. Narrated in Inupiaq with English subtitles, players are introduced to Nuna and her story. This opening immediately immerses players in Inupiaq culture and sets the tone for the rest of the game while simultaneously forging an emotional bond between Nuna and the player. Neither Nuna nor her fox companion ever speak in the game but the Inupiaq voiceover lends authenticity and emotion to Nuna’s story and gives a sense of urgency to her quest. The simple art style of the 3D animations has a minimalist charm that allows players to be pulled into Nuna’s world easily through endearing character designs and beautiful, somewhat mysterious scenery.

As far as game play is concerned, Never Alone is a puzzle-based game that can be played either in a single player mode as the player controls both Nuna and her fox companion or in a cooperative two player mode in which one player controls each character and they must work together to complete the puzzles. Each character has their own strengths. The Fox is quick, can jump very high, and fit into small spaces while Nuna can move objects, throw a bola (a small throwing weapon), and climb ladders. Both characters’ abilities are often required in order to solve puzzles, reflecting the theme of connectedness and interdependence that the story seeks to convey. The tundra and later environments affect so much of the game play that the environment becomes almost a tertiary character as harsh winds and slippery ice add an extra element of challenge to Nuna and Fox’s journey. 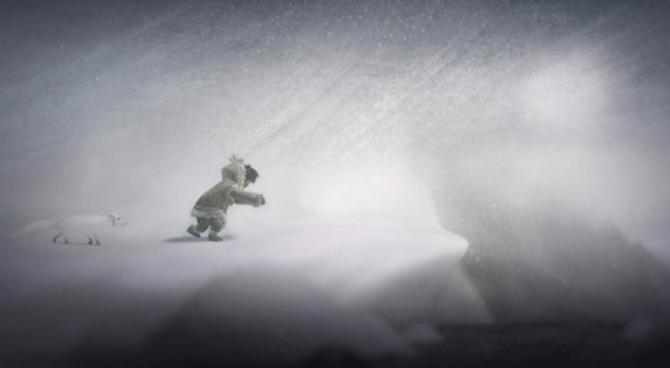 Never Alone’s approach to sharing the values and beliefs of the Inupiaq culture comes in the form of what can be best described as a documentary on various Inupiaq customs and beliefs.  The game, divided into several stages, introduces new mechanics as it progresses and each one reflects some part of the story or relates to an Inupiaq custom or belief. At the end of each stage, a short video called an “insight” is unlocked and can be watched to provide context to the player for the beliefs, values, traditions, or folklore that will play a part in the next stage of the game. For example, a video called “Sila has a Soul” can be watched before Nuna and her fox companion encounter spirit helpers for the first time. This particular insight explains the concept of sila through interviews with a few real-life Inupiaq people. Sila encompasses the weather, the atmosphere, the sun, moon, stars, and the land itself and represents the connection between all things. Sila can take on any form whether animal or human in order to guide people who are connected by it. One woman in the video suggests that the presence of sila can be found in something as simple as a bird that guides you home. In the following section of the game, sila appear in the form of “spirit helpers” who help Nuna cross dangerous ice patches and climb rocks as she continues on her journey to the blizzard’s source. Nuna’s ability to see and interact with sila demonstrates her profound connection with the world around her and illustrating the concept of sila nicely.

By illustrating concepts like sila and sharing indigenous voices, Never Alone welcomes players to explore and appreciate a culture they may never have had the chance to discover. Using video games to help preserve a cultural legacy is a bright and innovative new idea; video games offer can a dynamic, interactive environment to tell a story in and can easily be shared around the world—in fact, Never Alone is available in more than six different languages. Amy Fredeen, an executive with the Cook Inlet Tribal Council, explained to the LA Times that the Inupiaq “are a living culture, a living people, and we have living values. What this does is take our storytelling, which is how we’ve passed on knowledge, to a new medium.” Seeing this level of thought and detail put into sharing Inupiaq stories and values via video games is encouraging, not only for the Inupiaq people, but for the other cultures that may chose to give gamers the world over a glimpse at their values and customs through the medium as well.

You can download the Never Alone game on a bunch of different platforms from their site. In the meantime, check out the trailer for Never Alone:

This is so amazing!!!! *inside scream* 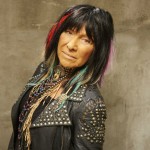 by Stephanie Wong Ken
“Power in the Blood” is perfect protest music.