The Indie Intimacy of Angel Olsen 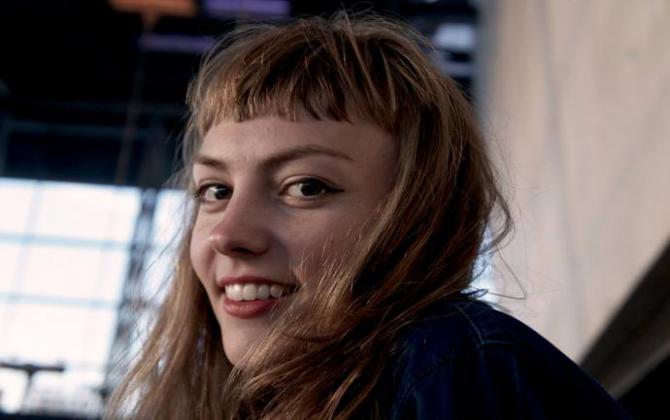 “I swear, Angel Olsen was just staring at me… I wonder what she’s thinking,” I whispered to my friend during Angel Olsen’s show August 3rd at Pickathon, a three-day music festival held just outside Portland, Oregon. Olsen looked out at the crowd with a concentrated, knowing stare that moved every-so-often to bore into another viewer’s soul. Olsen’s live performance was intense and continues to haunt me in the best way possible.

Originally from St. Louis, Olsen began playing around with recording on cassette tapes but has gained major street cred in the indie rock world. Many first saw Olsen as a member of Emmett Kelley’s The Cairo Gang, touring with Bonnie “Prince” Billy (she appears on Wolfroy Goes to Town), or duetting with Marissa Nadler. In the past year, Olsen has made quite the name for herself as a solo artist marked by her trademark warble and open-hearted songwriting. Olsen’s work has evolved since her first EP, Strange Cacti, which was recorded in a kitchen, her mournful voice slathered in reverb. On her first full-length record, Half Way Home Olsen added some double bass and drums to accent her songwriting. Olsen kept this momentum going to add to her sound by working with a full band on her latest album, Burn Your Fire for No Witness, creating a nice blend of subtlety and drama. Besides playing shows in the U.S. and Europe, Olsen recently directed and sang on a music video for High Aura’d’s track, “Red Rocks.”

Burn Your Fire for No Witness was released in early 2014 on Jagjaguar, a label known for artists who appeal to the intimate, such as Sharon Van Etten and Bon Iver. Olsen’s new music remains starkly candid. However, with a full band, she has moved toward a fuller, more complex sound. Olsen’s lyrics are sheer poetry paired with chords that complement nicely. Even in her early solo career, Olsen’s work has largely focused on the themes of desire, time, and the active state of thinking. For example, on the song “Acrobat” from her debut full-length, Olsen begins with open chords as she sings “You are the crazy acrobat/You are the witch, I am your cat/ I want to be a bit like you. I hope you don’t mind if I do.”  She moves into the later portion of the song, strangely ominous yet hopeful, “I am in love/I thought, I thought that I died.” Olsen tends to color the sadness in her songs with perspective and a biting wit, which translated well to Olsen’s live performance.

The standout track for me on Burn Your Fire for No Witness is “Hi-Five”—it might be the most buoyant song ever written about loneliness. Olsen begins with a nod to Hank Williams’s “I’m so Lonesome I Could Cry,” the verse rather sweet, steady, and upbeat with the whole band playing. On the bridge the band quiets down as Olsen asks softly, “Are you lonely too?” the next beat she exclaims “HI-FIVE, so am I.” For the remainder of the song, Olsen and the band lose themselves as Olsen confesses, “I don’t know anything! But I love you!” and their playing ends in erratic climax.

At times, the hurt in Olsen’s mind is difficult to discern; she looks extraordinarily nonchalant despite the deep pain she’s written about in her songs. Olsen’s live performance of “High and Wild” was disturbing—she was so calm while sneering the lyrics “a feeling once so strong is now an old forgotten song/you don’t sing so high and wild.”

Despite what some may think from her sound on her albums, Olsen was not all business throughout her live set. She threw in some deadpan humor here and there. “I saw some kids hula hooping today, that made my day,” she said with a slight smile onstage. Olsen’s words may be unsettling and penetrating one moment, but she frequently punctuates her stage presence with knowing smiles shared with herself, her bandmates, and her audience.

Relevant: BitchTapes: Go Back to Bed 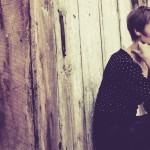 by Katie Presley
It's a holiday weekend, and the beginning of summer. But it's ok if all you want to do are listen to these quiet songs and get back under the covers.