Via Muslimah Media Watch, Anida Yoeu Ali’s “Mistaken for Muslim” is a powerful video that juxtaposes diverse images of Muslims, and the artist herself, with a poem relentlessly detailing xenophobic and Islamaphobic hate crimes in post 9/11 America:

The video won One Chicago, One Nation Online Video Contest’s grand prize and is just one segment of the 1700% Project, which uses “art as intervention” to counteract violence against Muslims while fighting the perception that Muslims are somehow monolithic (1700% being the increase in hate crimes against Arabs, Muslims and those perceived to be Arab or Muslim since 9/11). Even though video was made this spring, and the poem written earlier, it’s frightening how incredibly relevant the project is to today’s ugly Islamaphobia. Check out the other 1700% Project projects, including an installation that “made visible” omnipresent hate crimes. (Ironically, this piece was vandalized in May while displayed at the Chicago School of the Art Institute. Ali filed a report and used the incident to create a facilitate a dialog at a performance after the defacement.)

Ali’s identity (Khmer Muslim born in Cambodia and raised in Chicago) has always informed her art. She performed with the pan-Asian spoken-word group I Was Born With Two Tongues, and her performance and multimedia pieces have seen international galleries. Keep up with Anida at her blog, Atomic Shogun.

Pretty amazing video and poem! Glad it's getting so much recognition.

I watched this yesterday and knew that I felt uneasy about it but was unsure why.
I took some time to think about this before making this comment.

This video conveys strong emotions - I think this is why one needs to step back and think about it after watching it. The emotions are valid expressions of anger and frustration.

Islam is certainly diverse and has many faces across the globe. Racial profiling hurts everyone. All facts many of us know, of course more people could know it and collectively things could improve.

In expressing valid anger/frustration the video fails to be as educative as it could be and also, more crucially, fails to create the space for dialogue. In my view, education and dialogue are the only way we can get through this. Seeking to invoke feelings of shame in those we wish to educate/dialogue with will always be met with resistance and our aims thwarted.

Interesting piece. Thanks for posting it. 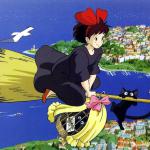 by Sarah Mirk
Witchcraft is popping up all over the place in pop culture these days.