The Body Electric: Are They God? | Bitch Media

The Body Electric: Are They God? 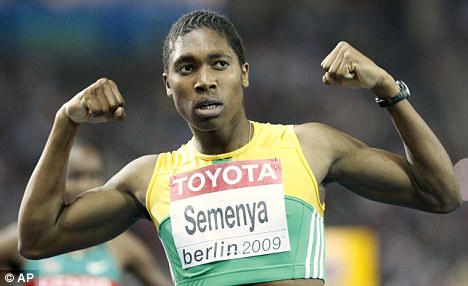 According to the Associated Press, Caster Semenya's father recently asked--regarding the people insinuating that his daughter is not a woman--"Are they God?" The eighteen-year-old South African world champion track star, who first drew attention because of her "masculine" appearance, has been the subject of a media shitstorm lately. Her situation highlights the absurdity of discreet gender categorization, as well as the "sympathy" of a public who would like to think themselves above the other spectators at the circus.

I love science, like most of modernity, but I don't always trust the reductionist perspective of the humanity that invented it. The reality of the intersexed, (a reality that Semenya is rumored to share), is that even almighty biology opposes the black and white sex system. We who defy easy categorization--and there are a hell of a lot of us--have known this instinctively as the shamans and Two-Spirits before us. Semenya is not an anomaly, and this will be just as true if her biology proves to transgress the arbitrary divide humanity has created "between" the sexes.

Presumably, the support for Semenya stems more from the possibility that she has a medically-recognized condition than a genuinely nuanced perspective on gender and mulitplicity. Her sex testing won't bear results until November, but the IAAF's general secretary, Pierre Weiss, noted in a stunning display of ignorance last week, "It is clear that she is a woman but maybe not 100 percent." Wow. It's a good thing we have so many real men and women out there, eliminating complication for us. Perhaps the IAAF, like everyone else, could stand to adapt to the reality of the incredible diversity of the bodies we live in, rather than expect our bodies to be defined by their regulations.

Hear, hear. We all should have an interest in promoting freedom of gender identity and expression, not just for the most common implementations of gender but for every instance conceivable. I wrote a bit more about Ms Semenya myself here: http://bit.ly/8lqfG

Apparently though if you just dress her up more like a girl, then it will make all okay. Semenya was recently on the cover of You magazine with a decidedly different look. http://www.ibtimes.com/articles/20090911/caster-semenya-magazine-cover-p...
Why is it so hard to admit that the binary dichotomies with which we like to view the world just don't work most of the time?

Thanks for posting this note. I've been irked by coverage such as this lately:

Maybe people should do themselves a favor and learn about intersexuality before calling it a "defect" comparable to a child being born with a hole in the heart. 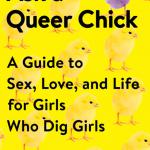