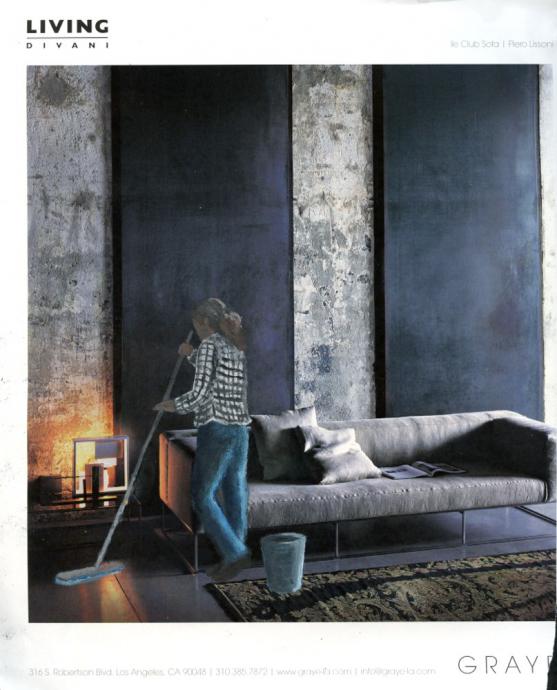 The scene is familiar to any fancy home design magazine reader: the perfectly appointed living space full of gleaming surfaces, fluffed up pillows, artfully arranged flowers next to tasteful objets d’art. But painted in to this pristine domestic landscape is the woman who is actually responsible for the polishing and dusting and cleaning of the space—Edith, a brown-skinned woman waiting for her check.

For the past 5 years, Ramiro Gomez has been interrupting magazine spreads and advertisements, tearing out pages and painting in the workers on whom the wealthy homeowners depend. Gomez is an LA-based artist and nanny who started painting workers onto cast-off magazine spreads while his charges were napping. About his subjects, he recently told South California Public Radio, “I’m trying to ask you look into them a little more.”

The figures are simple, without facial features. The tools of their trade—mops, rags, laundry baskets, and lawnmowers—are painted into the scene with them. They are frequently in the act of work, although some scenes show them taking a break, or waiting to be paid. They are all brown or black. They do not blend in. The figures are blocky, dressed in casual clothes that clash with their uber-fashionable surroundings.

Their faces are hidden or impersonal because they are generally not seen, or not seen as individuals—they are “the help,” “undocumented.” Gomez doesn’t assign personality to the individuals, but the portrayal forces the viewer to consider the workers’ humanity. The altered pages ask make us wonder why we didn’t notice that they were missing before. 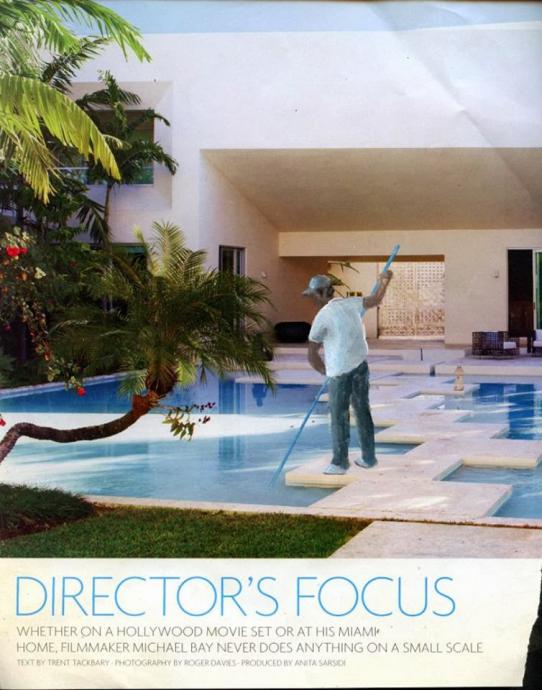 The medium of painting “Delfino, Behind the Scenes” is acrylic on magazine.

Although the addition of one figure is simple, the person is jarring as we realize how infrequently “the help” appears in other, real-life glamorous scenes where their labor is essential. Domestic workers aren’t only missing in art or home décor magazines. They are also excluded from many labor protections. It was only last year, in fact, in which a loophole that excluded two million domestic and care workers from basic employment laws, such as the minimum wage and overtime, was finally closed. Domestic workers are largely women of color, and many are undocumented. According to the National Domestic Workers Alliance, domestic workers earn substandard wages; do not have employment contracts; and many face abuse and mistreatment on the job.

The inequity and low pay are explicitly addressed in Gomez’s work as well. He paints over a Rolex ad to include a post-it note with one worker’s pay explained—$80 for 8 hours. The craftsmanship of a status symbol is valued, yet the people who care for your children, clean your home, and maintain your yard are offered a pittance. (As a reference, a Rolex can cost more than $40,000 a pop—or two years’ salary for a minimum-wage worker.)

Gomez has branched out from the magazine to also create cardboard cutouts of workers and installs them in wealthy neighborhoods around L.A. Gardeners are propped near the manicured hedges, housecleaners take out the trash. Some workers take pride in the fact that their work is being represented and valued; others have feared that the cutouts bring more attention to them, which could include reprisals from the police.

By placing the cutouts in situ, we are forced to realize how little attention we pay to the workers themselves. Gomez rejects the title of activist, yet the cardboard cutouts are implicitly so. Especially since he placed figures on the lawn of the White House and Capitol during the immigration reform debates in early 2013. (They were quickly removed due to security concerns.) 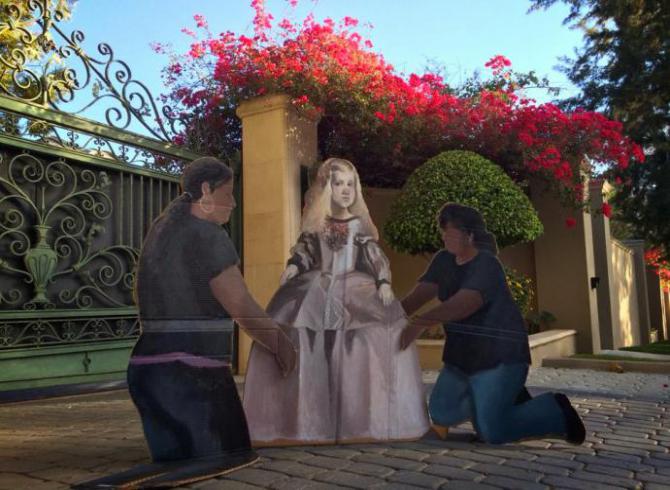 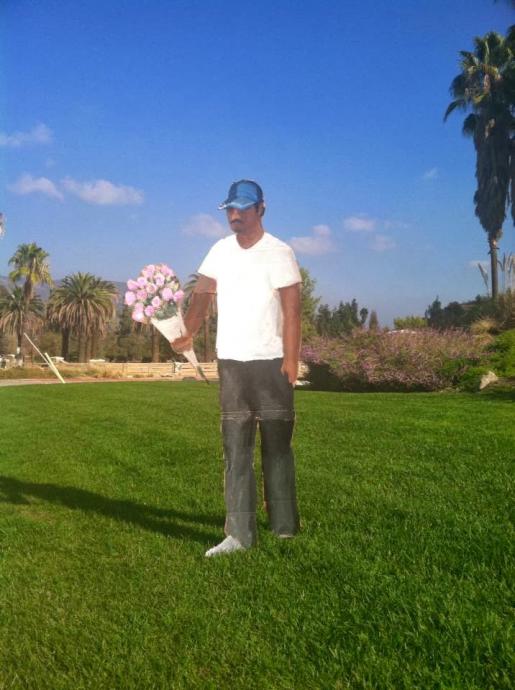 More recently, Gomez has reimagined David Hockney’s iconic images of southern California. Hockney’s cool, geometric renderings of Californian scenes are a canvas for Gomez’s workers—cleaning the pool of “Last Splash” (now “No Splash”), mowing the lawn, and scrubbing the shower. Like Hockney, Gomez works in acrylic paint, which lends itself to flat, bright colors. Despite the flat paint, Gomez’s inclusion of the workers add depth to the images. Southern California is not cool luxury for many—it is place of hard work, of trying to make ends meet.

Gomez is claiming his space in the art canon and justifying the workers’ worthiness as subjects of high art. As in his interruptions of ads and magazine spreads, he insists that the work and worker matter more than the end-product to be admired by a wealthy individual. Although the American Dream is that if we work hard, we will succeed, Gomez’s work shows that that success is still supported by a workforce that is ignored, underpaid, and underappreciated.

Rebecca Andruszka is a Brooklyn-based writer and non-profit professional. You can find more of her work here. 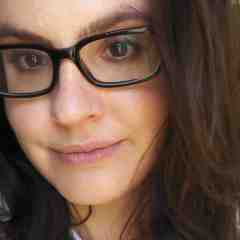