Cool kids (like our editorial intern Mel, for example) may have been tipped off to Austra long ago through lead singer Katie Stelmanis’ work with the band Galaxy, but I only recently discovered this Toronto-based trio and I am loving them! 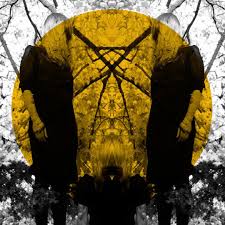 In addition to Stelmanis (a trained opera singer and viola and piano player), Austra is drummer Maya Postepski (ex-Galaxy, currently TRUST), and bassist Dorian Wolf (ex-Spiral Beach). Their songs are a little bit New Wave, a little bit goth, and totally great. Austra’s upcoming LP is Feel it Break, out May 16 from Domino Records. The songs (tracklist here) were written mostly by Stelmanis, who identifies as queer. “Most of the songs are finished in my bedroom,” the press materials tell me she said—and mixed by Damian Taylor (Bjork, The Prodigy, UNKLE). After listening a few times, I’m not surprised that the members of Austra list The Knife and CocoRosie as influences (disclosure: I love The Knife and CocoRosie, and if you do too you’ll probably like Austra as well). Here’s a video of “Beat and the Pulse” from a recent performance at SXSW:

You can pre-order Feel it Break <a href=”here.

I love Katie Stelmanis! I've been waiting for people outside of Toronto to catch on to how amazing she is.
Her solo album that was released a few years ago through Block Recording is also amazing and worth checking out.

by Evette Dionne
An all-Beyoncé playlist that celebrates her singing about her worth.