Some tracks are infused with fast tempo and heavy sub beats like 3 Hours and Come Catch Me whereas FM Attention sounds like a shot of espresso for the ears (reminiscent of Björk’s Pluto on Homogenic). Tracks like Count Backwards and Professional Loving lend themselves to the creeping beats and haunting lyrics of trip hop—fans of early Massive Attack and Portishead take note.

Here’s the latest video and single off of Emika, Professional Loving, a less-than-positive-track, according to the artist, about the music industry:

Emika, who’s also sound designer for Native Instruments (the go-to shop for gearheads and DJs), gives some background about the coolly detached eighth track, The Long Goodbye, in an MTV Iggy interview:

[It’s] about all the great people I have met, and was never given the opportunity to become close to. Life unfolds and life takes away. Some people you meet, and the relationship becomes about saying goodbye, rather than becoming close friends.

Simply put, the Emika album is complicated, sort of like being in a room with someone you want but know you shouldn’t have—so you stand there, stare, and endure the emotion.

Track fact: Be Our Guest samples the creaks of a Berlin club sex swing.

Relevant: BitchTapes: The Best Songs of 1998 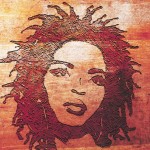 by Evette Dionne
The future of the music industry was partially decided 20 years ago.