B-Sides: Extra Classic and the Vampire Weekend Theory of Appropriation So it goes like this: “[your favorite music blogger]: Readers, please check out Band A. Band A hails from Culture A (represent!) but sounds exactly like underrepresented Culture B. Like, can you believe your ears, doesn’t it sound like Band A just sounds like all of these bands from Culture B that work hard and get little recognition in our giant Culture A?” This week it’s time to sit down and talk about Extra Classic, a band from San Francisco, California; their love of Jamaican music; and what I’m going to deem the Vampire Weekend model of cultural appropriation.

Extra Classic, composed of former members of The Papercuts, Casiotone for the Painfully Alone, and the Anniversary (among others), writes music that draws on all of the hallmarks of Jamaican dub and reggae. Hazy production, cooing vocals, skanking guitars and percolating bass abound all over the record, sounding like they were lifted straight from a Studio One plate. But wait, doesn’t someone else play Jamaican dub music real well? Oh, that’s right, Jamaican dub musicians do. They’ve been doing it for a while.

Now, I need to lay out a few things. I’m not trying to essentialize musical styles. Jamaicans aren’t bound to (and don’t only) play dub, and San Franciscans aren’t meant to play sweater indie. But we have to keep in mind the power dynamic in this exchange: Extra Classic’s record sounds like it was ripped straight from an incredibly vibrant music scene that rose above its economic circumstances, and it threatens to dilute the political and cultural significance of dub and reggae for a new generation of listeners.

Dub reggae functioned in Jamaica much the same way as folk protest music (think Woody Guthrie, Joan Baez) did in the United States. Junior Murvin sang “Police and Thieves” as a call to peace, responding to the bloodshed in Jamaica in the early ’70s. Roots reggae, sung by the likes of Burning Spear and Bob Marley, sprang from the experiences of Jamaica’s lower class. So when I hear bands like Extra Classic speaking about their “dub” and “reggae” influences, it’s troubling to think of how a vibrant political platform is being co-opted.

Not that this is anything new, but Extra Classic appears to follow a recent trend of bands using their street cred to justify their cultural appropriation, something that I call the Vampire Weekend model. Vampire Weekend caught heaps of flak for their brand of Soweto beats with limp, cryptic commentary on the differing experiences of South African and Manhattan teenagers. Reacting to criticisms of the band’s East Coast/Ivy League snob reputation, singer Ezra Koenig replied, “My dad grew up in a working-class Jewish neighborhood… and I got a scholarship from my dad’s union to go to college. I went there to get an education, not as an extension of privilege.” But he can’t deny the cultural capital that comes from being a white, male, Western musician.

So this leads me back to Extra Classic. Since they’re cool, they rip the right reference points and they prize sacred “analog” recording techniques (sounds great in .mp3!) they get a free pass in the blogosphere. But re-situating dub reggae through white American musicians could lead people to forget dub’s political, radical past. The Clash, Eric Clapton, and a whole host of Western artists have benefited from the wholesale appropriation of dub music. Scores of black artists made their music in direct response to oppression, so it’s uncomfortable to hear white artists parrot their riffs and styles to crowds who might be unaware of its origin.

I don’t dislike Extra Classic. I just can’t stand seeing blogs write about music that sounds “like a band from Jamaica” without recognizing the tricky territory that comes with borrowing across cultures. So, please, if you listen to Extra Classic, don’t deny the legacy that they draw on. Extra Classic obviously has a lot of love for their predecessors, so why not find out what that’s all about? Classics like Toots & the Maytals, Lee Scratch Perry, and the Abyssinians still tour every once in a while! For your own judgment, and possibly for your listening pleasure, here’s the leadoff track from Extra Classic’s debut album, Your Light Like White Lightning, Your Light Like a Laser Beam.

<p>It seems to me there's also the issue that listening to authentic reggae is also seen as appropriative, as if you're trying to somehow be part of the culture by listening to the music. Bands like Extra Classic avoid that but definitely create their own set of problems.</p>

Hmm, I'm a bit reluctant to say listening to any band is appropriative, because that just essentializes our musical experience. I think that listening, in fact, is a fairly equal experience, and participating in an underrepresented musical culture by supporting artists (buying records, merchandise, going to shows) is the biggest way to break past our privileges.

Hmmm. The Punk/Reggae connection... John Lydon (AKA Rotteen) once back in the day when he was relevant said that white people playing Reggae was "a form of exploitation". But it goes deeper than that, since virtually every British punk band (including the Pistols) were Reggae fans. And you have to take into account the opinion of the people being "appropriated". I dunno if the writer is Jamaican or not.
Bob Marley's "Punky Reggae Party", written by Marley and Lee Perry is kinda telling:

So... Yeah. "Call hippies boring old farts and set fire to them", as McLaren (or was it Lydon?) said.

"Roots reggae, sung by the likes of Burning Spear and Bob Marley, sprang from the experiences of Jamaica's lower class."
Well, the Pistols, and punk in general, weren't exactly upper class, plus the point of Lydon being Irish living in England... (No Irish, No Blacks, No Dogs). Et cetera et cetera.

The point is... This is a case where the identity of the writer is important. Is it a case of a non-Jamaican being upset on behalf of Jamaicans? Which is a bit condescending.

I spent a lot of time thinking about this one, because bands like the Specials, Public Image Ltd. (to a certain extent) and others not only took a lot of Jamaican sounds, they built their own vocabulary on top of them, but also kept true to the political nature of the genre. The Specials were a vehemently anti-racist band, in a time when the racism was much more overt, and used their music to call for equality in society. They fused reggae and punk to comment on their specific issues in Britain, something that I feel extended the legacy of reggae well. I think the key part is that they used reggae influences to comment about their <em>own</em> social structures. Identity is fundamental to this conversation.

Also: Bob Marley was into the Damned? If he hadn't died would we have seen a goth Bob Marley record? Goth Marley? Robert Smith Marley?

I like the point that reggae is political music like American folk in the vein of Woody Guthrie. This is lost on most Westerners, who see reggae as party music, I think. Even those who relate to political nature of the music seem to be using it as an escape from the political issues that relate to them rather than to connect with them. For example, if you thought about it deeply, perhaps you might explore the reality that police brutalize people of color in other parts of the world to protect people like you, a white Westerner. How does that make you feel morally, spiritually? Without that acknowledgement of who they are in the story, their music becomes more like cultural tourism. To my mind, a truly political white musician would grapple with issues of privilege rather than try to pull some card that is proof that privilege doesn't apply to him, as in the Vampire Weekend example. It's about not only appropriating the music, but also appropriating someone else's story, the effect of which is to avoid your own issues.

I like your approach to this touchy subject. It's a fact that music moves across cultural lines constantly in our modern world. If we only listened to music that was "authentic" to "our own" musical heritage, few white Americans would have any music to listen to at all. We just have to make sure we are aware of the origins and history of the music we are listening to and that we acknowledge the way our cultural experiences and those of the musicians playing the music influence the nature of the music.

Relevant: Heads Up, Media: Racism is Not a “Controversy” 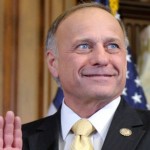 by Andi Zeisler
Why are we seeing some of the most disturbing revelations of racism, xenophobia, and hate speech filed neatly away under the vague header of "controversy"?