On B-Sides last month, Sara Kantner introduced us to the pioneering female rock star Suzie Quatro. But before Suzie and her sister Patti brought girls that rock to the public’s (and Joan Jett’s!) attention in the 1970’s, Genya Ravan founded Goldie & the Gingerbreads, the first all-girl rock band to be signed to a major label. After the band’s breakup in 1967, Ravan went on to become one of the first female producers in the music industry and hosts “Chick & Broads” on Sirius Satelitte Radio. She may not get as much credit as Joan Jett, Cherie Curie and the Quatro sisters, but Genya Ravan is an essential trailblazer for women in rock music.

Genyusha Zelkowitz was born in Poland in 1940. A Holcaust survivor, she left for the United States in 1949 with her parents and her only surviving sibling. In her teens, Ravan’s (now known as Goldie) music career started as a dare from a friend to go up on the stage of a Brooklyn bar and sing with The Escorts, the band playing that night. Weeks after her chance performance, Escorts member Richard Perry (who later became a huge music producer himself) called up Ravan and asked her to replace their singer. Of the request, Ravan said in an interview,

I thought, ‘This is bullshit. This guy is looking to make it with me, and I’ll show him a thing or two.’ I said, ‘Sure, come on over.’ I was going to belt him if he came on to me! He came over, and he said, ‘Let’s take a ride to my house,’ and I thought, ‘Here we go.’ We got to his house and there’s a piano, a maid, he’s very wealthy. I had no idea! I cut the song with him. It becomes #1 in Detroit, parts of Ohio, and parts of Canada. Next thing you know, I’m doing ‘[sock] hops’ .

Goldie & the Escorts- “Something Has Changed Him”

Ravan recorded a handful of singles with The Escorts, but the band dissolved in the summer of 1962. Richard Perry had to go back to college, and Ravan had something else in mind: she met drummer Ginger Panabianco at a club and the two formed Goldie & the Gingerbreads.

Bar owners eagerly booked the band because, as Ravan writes in her autobiography Lollipop Lounge, “the club owners basically didn’t care what we sounded like: they just wanted women.” They signed with Decca Records and, later, Atlantic Records and recorded a number of singles. Eventually, Goldie & the Gingerbreads got their big break: supporting Chubby Checker in West Germany and Switzerland. They continued to tour in the UK, playing with (and earning the praise of) The Rolling Stones, The Kinks, and The Yardbirds. Their single “Can’t You Hear my Heartbeat” saw modest success on the British charts, but, in the United States, a Herman’s Hermits version of the song beat them to the airwaves and the single was never released stateside.

The novelty of an all-girl rock band, however, made it hard for Goldie & the Gingerbreads to be taken seriously or even find likeminded female musicians to play with. After all, as Ravan points out in her autobiography,

In the 1960’s, it was really unusual for girls to pick up instruments unless they were somewhat strange to begin with. What mother would encourage her little darling to play drums or bass or trombone back then? The same went for music classes. Back then the piano, or even the violin, was considered a suitable instrument for a young girl, but the notion of training to play rock ‘n’ roll was unimaginable. Rock ‘n’ roll was what juvenile delinquents did, not young ladies.

13 years before the Runaways became rock stars and cemented their place as the pioneering all-girl rock band in American popular culture, Goldie & the Gingerbreads became the first all-girl rock band to sign to a major label in the United States. Unlike The Runaways, though, Goldie & the Gingerbreads saw only modest success and were often dismissed as little more than a novelty act.

Goldie & the Gingerbreads- Can’t You Hear my Heartbeat

In 1967 Goldie & the Gingerbreads broke up. Ravan moved on to sing for the Jazz/rock fusion (think Janis Joplin with a brass section) band Ten Wheel Drive until the band’s breakup in 1974.

Around the time of Ten Wheel Drive’s breakup, Ravan began her foray into another male-dominated arena: record producing. As one of a very select few women on the technical side of the business, Ravan “almost had to beg RCA to produce”. She built up a large and extremely diverse catalog of music, ranging from work on outsider pop artist Tiny Tim, the debut studio album of punk band the Dead Boys, a solo album for Ronnie Spector to a number of records on the CBGB label.

Currently, Ravan “highlights role of women in the history of Rock and Roll” on her Sirius Satelitte Radio show Chicks and Broads and plays unsigned bands on Goldie’s Garage.

Whether she’s Genya or Goldie, Ravan has left her mark on the traditionally male-dominated world of rock ‘n’ roll. From leading the first all-girl band signed to a major label 13 years before The Runaways get the credit, to breaking into the equally male-dominated field of record producing, Genya Ravan is a force to be reckoned with. In the history of rock music, her name is certainly not as recognizable as many of her female followers, but, as Ravan said herself, “I’m always a little ahead, which has not worked in my favor.”

Highly recommended - Genya Ravan's autobiography "Lollipop Lounge", albums "Urban Desire" and "Undercover", and anything else you can find. And give her Sirius/XM radio shows on The Underground Garage (XM 21) a listen - she's the ultimate authority on rock and roll, with a great sense of humor. A true treasure and criminally overlooked.

I haven't heard anything about Genya Ravan for years. Ten Wheel Drive was one of my favourite bands in the 70's, and Genya easily my favourite female singer. I had no idea of her history. Just bought Joey Ramone's new CD and she's on it! Inspired me to Google her, and here I am. Instantly bought her book. So pleased to have found her again, and thrilled that she's still doing stuff! Looking forward to the book. What a hero!

I live just outside of Montreal. I've been waiting DECADES to see Genya. Finally got the chance to do so in New York City at the beginning of February. I, of course, had built up impossible expectations. Not only were those expectations met, they were exceeded. She's still kicking some serious butt. Let's just hope the powers-that-be see to it that she gets her rightful place in the Rock HOF while she's still alive. If you haven't read the book yet, what are you waiting for?

Genya's autobiography is phenomenal. Whether you enjoy her music or not, if you appreciate music at all, you will love this book. So genuine and passionate, not to mention legendary.

Relevant: 3 Podcasts You Should Listen To In March 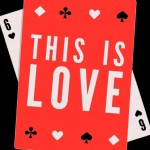 by Evette Dionne
These podcasts—about the side effects of social ills, the making of a president, and the strangeness of love—will keep you entertained.