Ah, the Red Hot Chili Peppers. Like many, I came of age to Blood Sugar Sex Magik (in my case, well after it was released), searched for poster-sized images of that trippy Californication cover, memorized “Give It Away,” and collected all of their albums, even the frenetic, nigh-inscrutable first few.

These days, I’m more of an interested party than a fan. I found their last two full-length efforts, 2002’s By the Way and the 2006 double-disc Stadium Arcadium, listenable but dull. I’m not what one might call a music elitist—I have plenty of Better than Ezra-type soft rock in my library and love it well—but from RHCP, I don’t particularly want albums that are, well, mellow. I want quick beats, passionate guitar, fierce raps, and lyrics full of euphoric, dreamlike images. Perhaps this isn’t fair, but we all bring our own desires to the table when consuming music, right?

More seriously, I’ve become increasingly more aware since my teenage years of how problematic some of the lyrics are. I can’t make a feminist argument for, say, “Sir Psycho Sexy” or read “Sexy Mexican Maid” as anything other than racist exotification. Even Stadium Arcadium’s funky standout track, “She’s Only 18,” is creepy if I stop dancing and listen to the lyrics. On a more subtle note, I’m uncomfortable with their ever-increasing number of songs that center around some woman’s wild personality, stunts, and/or sexual appetite without seeking to depict her as anything other than a spectacle. Think “Dani California,” or, hey, their current single, which was originally going to have a video directed by privilege-denying hip-hopper Kreayshawn:

Official music video for “The Adventures of Rain Dance Maggie” directed by Marc Klasfeld, in which the Red Hot Chili Peppers perform outside at Venice Beach. The camera cuts back and forth between the band playing and happy fans watching. Lyrics here.

The Peppers’ new album, I’m With You, officially dropped today (or yesterday, depending on where you are) but has been streaming as an iTunes preview for the past week. This sort of move shows confidence: After all, if you can legally listen to the whole album without buying it, the powers that be must expect a good portion of listeners to love it enough to buy. Like the previous albums, I’m With You is infected with a fair amount of musical homogeneity and is sorely lacking in hooks. Even Anthony Kiedis’ occasional forays into shouting (“Even You Brutus?”) have no “Give It Away”-type rhythm to make them appealing, and the especially quiet songs (“Meet Me At the Corner”) are missing the melody that elevated ’00s tracks like  “Dosed.” The chorus to the extra-bland closing tune—”Dance, dance, dance, dance / All night long, yes, all night long!”—is embarrassingly off-target.

At about 60 minutes, I’m With You is the Red Hot Chili Peppers’ shortest album since Californication, but while its least interesting songs are not as forgettable as By the Way’s or Stadium Arcadium’s, it still drags. In other words, the lows are not as low, but the highs are not as high.

As a feminist, my biggest sticking point is “Annie Wants a Baby,” which is exactly what its eyebrow-raising title sounds like: a bunch of dudes feeling sorry for a woman without kids. The lady in question is said to have “missing pieces” she should have “thought of before, before it’s time to close the store.” Frankly, plenty of young women hear about how supposedly foolish they are to not have kids from politicians and parents; who wants to be condescended to about their reproductive choices by a rock band? (As for the uterus-as-store language, let’s pray that nonsensical analogy never catches on.)

On the bright side, the new guitarist, Josh Klinghoffer, earns his stripes on I’m With You, rocking especially hard (and with solos!) in “Goodbye Hooray.” The mid-album “Look Around” is another highlight, featuring eloquent, intentional rapping of the type last seen in late-’90s tracks like “Purple Stain.” My favorite, however, is an unexpected ballad titled “Brendan’s Death Song.”

Reportedly about Brendan Mullen, a friend of the band who worked on The Red Hot Chili Peppers: An Oral/Visual History and died in 2009, “Brendan’s Death Song” rings truer than the songs about fictional characters. The acknowledgement of the songwriters’ own mortality in the face of losing a friend lends a surprising vulnerability to the track which, along with its harmonies and sense of hope, make it both poignant and whimsical.

Being a Red Hot Chili Peppers album, I’m With You provides discussion fodder, even for those who, like me, ultimately find it disappointing. (Is “Monarchy of Roses” about menstruation? Discuss.) Perhaps 2016 will bring a tight, fresh album full of Klinghoffer riffs, perhaps not; in the meantime, I’ll be satisfying any Peppers cravings with the tunes I grew up singing.

I loved the Red Hot Chili Peppers when I was in high school! To this day I can't listen to "Otherside" or "Scar Tissue" without feeling really nostalgic. I'll be honest, I never actually paid too much attention to the lyrics. For me, it was just excellent music to blast on my way to school or to fantasize about a future zany life in California away from my little rural hometown. So I'm glad you pointed out the problematic aspects of some of their songs! I'll have to go back and listen to "Dani California" with a more critical ear now. That's how feminist awareness works a lot of the time- you question things that other people take for granted or just don't really think about.

Keidis's Lyrics are not to be taken literally, every one who listens interprets differently. I see "annie wants a baby" as more of a story, a story of a debaucherous (alchoholic?) women who now desires to become a women. Unfortunately the men in her life do not align with her new intentions. Their work more so align with the emotions and feelings. Again I believe this song is a story not a statement, and stories can enlighten.

Here's my perspective, coming from a huge John Frusciante fan. I totally will agree with you that its missing that extra something that perhaps Frusciante was responsible for (not just guitars). It doesn't have a certain song that is a surefire hit. they really haven't had one since zephyr song (dani california maybe), but I believe this album to be a collection of a variety of songs in their process since joining fully as a band (with Klinghoffer). so its not going to have landmark individual songs its like they picked from all their songs a certain mix of dark deep but soft songs, and uptempo, fast melody. the thing about josh Klinghoffer is hes been a background guitarist his whole career this was his first time to shine as the lead. he is all about the clean perfectionist guitarmanship. but still honestly keeps a Frusciante like sound with his twist of course, but Klinghoffer seems to be into some different effects than Frusciante was used to. but this i will definitely say about klinghoffer on I'm with you, his background vocals especially on Did I let you know and Meet me at the corner. The main thing as you stumbled upon is that you have to understand they are matured with almost 30 years of musical experience if you just play the same sound as you have you will not only get drained out but bored of it overtime. They make quality work with many different styles and different guitarists. It has some amazing bass lines as always, many old school funk beats as well as experimental new kinds. The drums are stellar as always and honestly the quality of Anthony's singing has improved again. I like the way they did this, I expect with more touring for Josh to really get into the solos, the intro and outros and get better at the more classic songs as a front man and not a side player.

i think i wouldn't like josh to play exactly like john, but i would like him to make some badass riffs to cope with flea and make a hit, because there is no hit in the album, remembering the old times they have always had a few hits in every album... although i think their best song are some of the b-sides and song that most people don't pay attention to.... anyways i love their hits haha 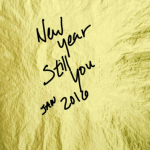 by Maggie Owsley
Have fun, be kind to yourself, and listen to some good tracks.