Jesca Hoop will win you over with a word. At least, that’s how it went for me. I came across her second album, Hunting My Dress, a couple of years ago, and have been looking for it ever since. Last week, I found it sitting on the shelf at the library, like I hadn’t just been wracking the whole of the West Coast for it. Here is the song that started the search, called “Whispering Light.” The lyrics can be found here. (The word that won me over: “Revealer.”)

Her music is gripping and haunting, helped in large part by that accent, which is impossible to pin down (a result, it turns out, of it being entirely fabricated), and the remarkable figure she cuts onstage. She is unapologetically eccentric, which my past posts may have revealed is a musical trait near and dear to my heart. Reading about Jesca is a surreal experience; her speech loops in and out of history, past lives, magic, tragedy, communes with nature, and an incessant need to sing. Her past lends itself well to storytelling, certainly. Raised in California by Mormon parents who were also both singers, Jesca left the church at 14, choosing instead to “have faith in people.” Then, because this is how life goes in California, she was hired by Tom Waits to take care of his children. He gave her an in to the music industry, and once gave her maybe the coolest compliment I’ve ever heard: “Her music is like going swimming in a lake at night.” Famous associations aside, though, her career has been sustained by the product she offers—her voice, which set a record for listener requests on KCRW in 2003, before anyone knew who she was.  Her accent comes from a place that doesn’t exist, she can perfectly imitate birdsong, her lyrics are dreamlike and almost outrageously imaginative, and she looks like a resident of Narnia and Pan’s Labyrinth all at once. I’ve learned all these things about her, but I’ll put Hunting My Dress back on and forget it instantly. The story Jesca Hoop tells with her music is bigger than real life. And, to quote Liz Lemon: I want to go to there.

hello Katie, i just wanted to let you know that there is no possible way that you came across the album Hunting My Dress a few years ago. it wasn't released until mid/late 2010 in the US and late 2009 in the UK. even if you got it from the UK right when it was released, a few years ago is still a long shot. also, finding either one of her albums sitting on a shelf in a library would be extremely random and unlikely. i appreciate your enjoyment of jesca hoop's music, but don't misinform your readers.

Hi Anon. I was listening to the UK version of the album in 2009, which was, at this point, almost two years ago. It was recorded and finalized in 2008, despite the November 2009 release date. And, if I really felt like arguing, I would show you my library receipt. What a strange thing to call me out on, when you can have no possible way of backing it up.
Back to both loving Jesca now, shall we? 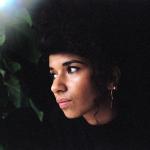 by Regina Pieracci
The London-based DJ's techno and R&B mixes highlight music from around the world.