B-Sides: Regina Spektor, "What We Saw From the Cheap Seats" | Bitch Media

B-Sides: Regina Spektor, “What We Saw From the Cheap Seats” Listening to What We Saw from the Cheap Seats, the sixth studio album from real-life Manic Pixie Dream Girl Regina Spektor, is a pretty philosophical experience. Spektor has done a lot of changing. Her music has changed, her career has changed (read: exploded), her audience has changed (read: used to be some people, is now ALL OF THE PEOPLE). But she’s also done a fair amount of staying exactly the same. This isn’t going to be a wistful post from a longtime fan, bemoaning the loss of an indie darling to the riptide of the mainstream. I promise. But Cheap Seats, as it turns out, are where you get the best view of the big picture.

Some of the retrospection is built right into the track list of the new album. Spektor revisits “Don’t Leave Me (Ne Me Quitte Pas),” which appeared on her first album with only vocals and accompanying piano. The 2012 version soups up the bouncy beat for the radio (assuming people still listen to the radio?), but loses a little of the direct appeal Spektor’s voice alone with her instrument makes to listeners’ heartstrings.

The music itself has gained some machines and lost some heartbeat, maybe, but Spektor has clearly lost none. The day a Regina Spektor album comes out and lacks any ridiculous singer-made sound effects, THEN I will write the aforementioned longtime-fan love letter to how things used to be. In the meantime, the “WOO!”s, and drum and horn sounds echoed by mouths, and the cooing repetitions of key words that make Spektor stand out from any crowd of singer-songwriters she might have been grouped with, remain ecstatically in place. There may not be an “Aching to Pupate” here, making listeners split their time between compulsively relating to Spektor’s storytelling and questioning/being slightly nauseated by her word choices. But there is an “Ode to Maricello,” a silly, swooping love song, and a “Ballad of a Politician,” which uses the same talk-singing style as “Pupate” and lots of the other, weirder, early material. And there is stunning new material that needs no link to the past to be remarkable. “All the Rowboats” is upbeat and singsongy—except it’s actually a heartbreaking lament that repaints museum artifacts as living beings trapped for eternity for the crime of “being timeless.” There’s also “How,” a crooning breakup song that I’m pretty sure has a parallel existence somewhere as a Boyz II Men power ballad. There are no bad songs here, just songs that are slightly-less-sublime.

I always have been, and always will be, a cheerleader for Regina Spektor. I like her as a musician coming into big money and bigger production values. Hearing old material reworked, for example, is the fastest way to watch a performer make it in the industry right before your eyes. It’s the same song, but now she gets a HORN section! And a SYNTH BEAT! “Ne Me Quitte Pas” is the song to be used at the end of the “Regina’s Getting Famous!” montage in the Regina Spektor movie. (Does this exist? I will write it.) But, the quirks that drew me to her, which bordered on cringe-worthy sometimes (see again the choice of the word “Pupate”), are now closer to sneaky little winks. One notable exception is the gasping-howling sound Spektor employs in “Open,” which unnerves me every single time it happens. But I’m her cheerleader. I cheer for her past, I cheer for her success, I cheer for her “WHAT IN THE SHIT KIND OF NOISE WAS THAT AND WHAT PART OF HER BODY MADE IT?”, I cheer for whatever her eccentric, prodigiously talented brain comes up with next.

Try “What We Saw From the Cheap Seats” on by starting with the video “Ne Me Quitte Pas (Don’t Leave Me)”, below!

Previously: White Lung’s White-Hot “Sorry”, JD Samson (and a rundown of how she made my teen years more bearable)

ahhhhh, aching to pupate!!! yes, still a regina album, and we love her for it :)

"The day a Regina Spektor album comes out and lacks any ridiculous singer-made sound effects, THEN I will write the aforementioned longtime-fan love letter to how things used to be"

at first i was all, "WAAIIIIIT a minute, regina spektor movie!?!?!?! <pees in pants>

It's completely off topic but whenever I hear those four words ("Ne me quitte pas") I can't help but think of this song : 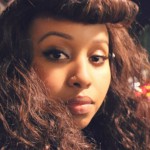