If I wasn’t already a big fan of French/Portlander musician Tender Forever (I was), I would be after seeing her “Congratulations” tour last week. Currently traveling down the West Coast, “Congratulations” is an all-ages tour that combines Tender Forever’s amazing stage presence and music with a bunch of weirder-than-life YouTube videos. It’s like going to an awkward house party with no booze and finding out that your friend’s sister’s friend is playing and she’s the best electro pop performer ever. It rules.

“This is the most awkward show ever and it’s awesome.”

Melanie Valera (Tender Forever) is exploring ideas of awkwardness and performance on this tour (along with the power of art to transform the political landscape and the possibility of mass hypnosis by YouTube, among other things) by playing in unconventional all-ages spaces (here in Portland she was in the basement of a student center, with the amazing STLS), but don’t be scared off thinking that it won’t be fun. Her idea of awkwardness involves, for instance, dancing to The-Dream’s “Sex Intelligent” while this Pretty Ricky video plays on a screen behind her, or narrating a remixed version of this “Headbanging While Making Fire” video. Mixed in are personal anecdotes, PowerPoint slides, and of course some of her original songs (note: Don’t ask her to play “My Love“—she’s retired that performance). Also, this is the tour logo: Apparently this drawing was inspired by her brother, who also inspired her use of the headbanging video.

I couldn’t have video from the “Congratulations” tour (share yours if you have any!), but this video of Valera from the 2010 TBA festival combines some of the same video/performance/music elements, so you can get an idea of what I’m talking about:

So fun, right? If you live on the West Coast, go see “Congratulations”! You’re in for an awkward good time.

Relevant: Help us Create the Best Mama's Day BitchTape Ever 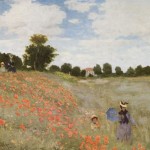 by Dahlia Balcazar
Mother's Day is coming and we need your help!