B-Sides: Up the Punx! | Bitch Media

B-Sides: Up the Punx!

Is punk dead? Who cares – give these bands a listen anyway. The Coathangers
Noisy experimental punk from Atlanta, Georgia. What their first record lacks in skill or complexity it makes up for in attitude and handclaps. They drawl, shriek, yelp, gasp and jeer the lyrics to songs with commanding titles like “Don’t Touch My Shit” and “Nestle in My Boobies” (“Bite ‘em, lick ‘em, give that nip a tug / Grab ‘em, shake ‘em, show them titties love!”). Their latest release, Scramble, is slightly less abrasive, with more fuzz and harmony. The riotgrrl influences are obvious, the Karen O comparisons are inevitable, and it’s fun to listen to when you’re feeling bratty. Shonen Knife
Osaka, Japan’s Shonen Knife released their first album in 1982, and they’ve been spreading their infectious brand of Beach Boys/Ramones punk pop around the globe ever since. Their latest release, Supergroup, was released in the US this year, and they recently finished a US tour promoting it. They perform in adorable matching mod dresses; their MySpace lists each band member’s blood type; they sing about food a lot, with songs like “BBQ Party”, “Fruit Loop Dreams”, “Flying Jelly Attack”, “Strawberry Cream Puff”, “Cookie Day”, “I Wanna Eat Choco Bars”, “I Want to Eat Cake”, “Brown Mushroom”, “Ice Cream City”, “Fruits and Vegetables”, “Banana Chips”, “Mayonnaise Addiction”, “Hot Chocolate”, “Mango Juice (for George Harrison)” and “Monkey Brand Oolong Tea”. There is basically no way to dislike Shonen Knife. Care Bears on Fire
Does “kid-core” actually qualify as a scene? It doesn’t yet have a full Wikipedia entry, so I’m going to say no. But if it does become one, Care Bears on Fire will be hailed as its founding mothers. The band began in 2005, when all of its members were in fifth or sixth grade; since their first full-length release in 2007, they have played Lollapalooza, Underage Festival and SXSW. They’ve also appeared on David Letterman, Nickelodeon’s “True Jackson VP” and in Converse commercials. Issues of “punk credibility” (a questionable concept in itself) arise because its members hail from Park Slope, dress like card-carrying mall punks, and aren’t old enough to get drivers’ licenses. But their songs are old-school, down-to-earth, often funny and god-dang catchy.

The policing of bodies is not feminist, ever. The same way that fat shaming is considerably un-feminist language, telling someone to "eat a sandwich" (and yes, I totally grok that they are talking about a plastic doll in theory, but even in the video "Barbie" becomes a real person) is awful and hurtful. Just as some people can not change being fat, no matter what they do, some people can not change being thin, and this song is saying that it is OK to throw rocks at them for that.

People who think this is fun or hip or whatever haven't even considered the damage a message like "eat a sandwich" could do to someone who is struggling with body image or recovering from an Eating Disorder. Especially to teenagers, who are incredibly vulnerable to those messages. That's a horrible thing to hold up as feminist.

Seriously, this is not okay at all. I've been trying to think of the right things to say over the past few weeks after seeing it linked on so many reportedly feminist blogs and luckily FWD/F did it for me: http://disabledfeminists.com/2009/11/24/no-actually-eat-a-sandwich-is-no...

This definitely seems to support the Pitting-Women-Against-Each-Other mentality. Just as Barbie is the target, rather than the company that manufactures her, skinny girls become the target, rather than the culture that values thin over fat. And the eat-a-sandwich solution is doubly harmful, because just as it shames girls who are naturally skinny, it teaches bigger girls that they can be thin if they <i>don't</i> eat a sandwich.

Sara (the author of this post) is home for Thanksgiving right now so I am stepping in here since I don't think she'll have the time to moderate blog comments. While I can't speak for Sara, I do know her and I'm sure that she did not mean to offend in posting the "Barbie Eat A Sandwich" video clip. The song (by my interpretation) is meant as a deconstruction of unrealistic beauty myths (I am basing that interpretation on <a href="http://www.lyricsmode.com/lyrics/c/care_bears_on_fire/barbie_eat_a_sandw... like "Make up, nose job, seven foot tall/Wears high heels but she never falls") and I am sure that is how Sara meant for it to come across.

However, we all come from different feminist perspectives and you are absolutely right, Ouyang, that this song could be read as a policing of women's bodies instead of an anti-beauty-industrial complex message of empowerment. I'm glad someone linked to your blog post here so that people can have access to different interpretations of the lyrics.

Thanks for providing alternative viewpoints here, everyone. That is what this comments section is all about!

"When I finally got to see [Shonen Knife] live, I was transformed into a hysterical nine-year-old girl at a Beatles concert." --Kurt Cobain

I've heard that in Japan, blood types are kind of like zodiac signs -- supposedly they say something about your personality (which is why you often see blood type listed in Japanese celebrity profiles): http://en.wikipedia.org/wiki/Blood_types_in_Japanese_culture 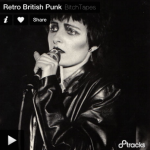