Last month, Clutch magazine contributor Britni Danielle wrote a response to a previous post she wrote on the short film, The Strange Thing About the Johnsons, foregrounding white director Ari Aster’s involvement to ask “Should White Filmmakers Tell Black Stories?” An excellent question with any number of provocative answers, the piece made me think of Jacqueline Bobo’s Black Women as Cultural Readers, a canonical work of black feminist scholarship that evaluates both the production contexts and reception practices of African American women toward Julie Dash’s Daughters of the Dust and Steven Spielberg’s adaptation of The Color Purple. The latter film is especially relevant, as Bobo and her respondents work through a complex set of emotions regarding, among a host of other issues, the same question posed above. Yet it also made me think of the work of John Sayles, a prolific white American writer-director who primarily works within independent cinema and has a history of telling black stories. His 1984 film Brother From Another Planet tells the story of a mute alien who passes as a black man and escapes to an inner New York City left to rot by Reaganomics. In 2007, Sayles made Honeydripper, a film that stars blues musician Gray Clark Jr. and Danny Glover as an Alabama blues guitarist and club owner, and features music from Ruth Brown, who died before the film went into production.

Extending the question further, what do we make of white filmmakers who tell black stories whose work is recommended by white audiences? Sayles is a contemporary of Spike Lee and Jim Jarmusch, helping set and push the parameters of American independent cinema during the 1980s, and thus comes with that pedigree. In point of fact, I was impelled to see Sayles’ Passion Fish after reading about the function of emblematic film characters in Michael Z. Newman’s book Indie: An American Film Culture. As a fan of Sayles’ work, I probably would have come to the 1992 feature on my own at some point. Yet such interventions are worth considering when we evaluate how we come to certain texts and how that links to why we produce them. What especially interested me about Passion Fish and why I believe it to be a satisfying film overall is that it focuses on the formation of an interracial female friendship that constantly shifts character and audience expectations. Mary McDonnell plays co-protagonist May-Alice, a New York-based soap actress returning to the Louisiana bayou of her birth after being paralyzed in a car accident. Alfre Woodard’s Chantelle enters into May-Alice’s life as her nurse. Their story lines twine and parallel in a number of ways that help strengthen their friendship. May-Alice becomes an alcoholic as a result of her accident while Chantelle is working through a drug addiction that resulted in her losing custody of her daughter Dinita. Chantelle is a northern transplant to Louisiana while May-Alice emigrated from south to north before returning home. May-Alice teaches Chantelle how to cook. Both women come from upper-middle class families, get involved with men of different class positions, and their understanding of one another is developed by visits from other friends and family members. Some may think it optimistic of me to argue that Chantelle is Passion Fish’s co-protagonist. In many ways, her role is defined in relation to May-Alice, at least initially. However, the nuances of both Sayles’ script and the actresses’ performances contain a number of surprises that get dropped in seemingly by graceful accident. In an early scene, May-Alice entertains longtime friends Ti-Marie and Precious Robichaux, two genteelly racist white ladies who assume that Chantelle is her family’s live-in maid rather than May-Alice’s rehabilitation nurse. Later, we learn of Chantelle’s obscured upper-middle class status in a tense yet significant exchange between Woodard and May-Alice’s friend Dawn, played by Angela Bassett. Both women also tentatively consider romantic endeavors independent of one another that coalesce in interesting ways—May-Alice to childhood suitor Rennie (David Strathairn) and Chantelle to black cowboy Sugar LeDoux (Vondie Curtis Hall). The two women’s relationship develops over time, with Chantelle insisting upon May-Alice to stop seeking pity and May-Alice to recognize that she is her nurse’s support system. The revelation that Chantelle has a daughter comes late in the film, an answering machine message from Dinita’s father inquiring about a future visit serving as conclusive evidence. Ultimately both women create a bond based on a shared desire to wriggle free from societal expectations and forge their own identities, which are constantly in the process of their own revision.

I don’t want to suggest Passion Fish is a perfect text. I’m sure a number of people would note that Woodard’s character is employed by a white woman, a role many distinguished black actors—including Morgan Freeman and Viola Davis—have played in order to keep working in the film industry. However, I think the film, the character, and Woodard’s performance challenge such easy dismissal. And quite frankly, I wish there were more films that at least attempted to consider platonic relationships with such subtlety and complexity. A number of American films have dealt with interracial friendships that form in the South. However, those narrative fictions often situate those relationships either within or before the sea change caused by the Civil Rights Movement and suggest that integration was achieved solely by the Herculean efforts of some nice, benevolent white people who learned to love the help. It dehistoricizes our country’s ongoing struggles with institutional and individual racism by diagnosing it as a southern problem that is part of our imagined past.

As Valerie Boyd argues with The Help, such narratives also ultimately function as a way for white people to feel good about themselves and ignore the larger work that needs to be done to eradicate racism. To draw a false analogy, it is no accident that Spike Lee’s Do the Right Thing only received Academy Award nominations for original screenplay and supporting actor (for Danny Aiello and not Bill Nunn or Giancarlo Esposito) while Bruce Beresford’s Driving Miss Daisy won Best Picture. I fear a story may be retold with Attack the Block and The Help, both of which were written and directed by white filmmakers but tell very different stories about race relations. It is also no accident that Mary McDonnell was nominated for her performance in Passion Fish when Alfre Woodard, a peer actress of equal skill with whom she shares the screen, was not.

I hope that films that share Passion Fish’s politics continue to be made and improved upon. I just hope more directors of color, and female directors of color in particular, get to make them. The next selection in the canon considers one such effort. 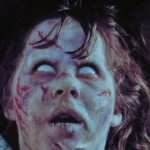