Bechdel Test Canon: The Spirit of the Beehive | Bitch Media

Bechdel Test Canon: The Spirit of the Beehive

As we enter into the third week of the series, I thought we’d continue our conversation about fables and girlhood generated by Friday’s post on Hanna by looking at Spanish director Victor Erice’s haunting 1973 film The Spirit of the Beehive. The film filters a young girl’s experience with James Whale’s Frankenstein through the lens of Francoism, familial and sisterly discord, and the interrelated nature of fear and fascination that shapes children’s psychologies.

The film is set in 1940, following the Francoist regime’s victory over Spanish nationalists in the Spanish Civil War, which ultimately resulted in the exile of thousands of Spanish Republicans as well as the fusing of various right-wing political structures into the regime. The dictatorship was on the wane by the time Erice’s production was under way, and shuttered before the film received its 1976 release in the United States. Six-year-old Ana (the exceptional Ana Torrent) lives in an isolated Spanish village on the Castille plateau with a family clearly in a state of emotional disintegration, perhaps meant to reflect the effects of Francoism on the nation. Her father Fernando (Fernando Fernán Gómez) is an older man obsessed with bee-keeping, the symbolic implication being that hives represent the routinization and mindlessness encouraged of Spanish citizens during the regime. Her mother Teresa (Teresa Gimpera) is younger than her husband and carrying on an affair with another man, for whom she writes letters and daydreams. Either Fernando is oblivious to the extra-marital engagement or, more likely, in deep denial. Ana has a fairly typical relationship with her older sister Isabel (Isabel Tellería). The girls love each other, but Isabel cannot resist playing on her younger sister’s gullibility. The pair takes in a screening of Frankenstein when a mobile cinema comes to their ghost town. Ana becomes fascinated with Dr. Frankenstein’s monster, believing it to be real and being particularly moved by the scene when he tries to befriend a little girl who he accidentally kills. Isabel avers that everything in filmmaking is fake—a fabrication or a construction. Yet she also convinces Ana that the monster lives on as a spirit that inhabits her body. She takes Ana to an abandoned home that she passes off as the monster’s dwelling, only for Ana to find and strike up a tentative friendship with a fugitive soldier. However, their bond is abruptly shuttered when the young man is seized and killed by a Francoist police officer. Ana runs away from home and upon her return, withdraws from the family. The incident seems to strengthen her parents’ commitment to one another, but the monster still occupies Ana’s thoughts. The film ends with Ana looking out a window and closing her eyes, following her sister’s earlier instructions to call the monster to her.

Caitlin Collins wrote a lovely post about Spirit, Cria Cuervos (in which Torrent also stars), and Pan’s Labyrinth, noting that little girls are the protagonists in this cluster of titles and all of them use fantasy to aid in their construction of self as well as, perhaps, a coping mechanism for the trauma brought about by the Spanish Civil War. In other words, these girls appear to stand in for the directors’ own feelings of trauma and loss in a post-Franco Spain and Spanish film tradition. Collins sites Barbara Creed’s assertion that Surrealists drew upon and often fetishized girlhood, and girl artists like poet Gisele Prassinos in particular, as a symbol of innocence. Collins acknowledges her own conflicted feelings, at once thrilled when girls are given institutional praise and recognition for the creative talent but concerned of the processes that may be at work by adult men who interpret and sanction their work. I share them, yet also must acknowledge Torrent’s own formidable presence in Spirit that I want to attribute, not to Erice, but to her own skill and poise as an actress. Torrent guilelessly captures the terror and wonder of imagination’s possibility that so informs childhood experience. She also girds her character with a selflessness that may seem otherworldly to some but suggests a steely conviction out of step with her country’s political ideologies. No one will take Ana’s monster away from her. Yet I also have trouble not projecting my own childhood experiences onto Ana. I am struck by how Spirit uses the language of cinema to get at how film spectatorship can be a psychologically complicated and possibly traumatic experience for children. Collins also ran a series of posts on films that scared us as children. Ana seems to be working through a good deal of fear. What is especially curious about childhood is that we cannot explain what frightens us. I am especially reminded of this when I hear Luis de Pablo’s score, which adapts “Señor Don Gato.” The children’s song tells the story of a house cat who dies after falling off a roof in excitement of seeing his true love, only to come back to life during the funeral procession from the smell of fish. When I was eight, two years older than Ana, I was terrified of this song. The idea of a cat falling to his death upset me then, and still makes me want to pull up Kitten Covers and snuggle my tabby protectively. I was supposed to sing it as part of a school production, but fled the room during choir rehearsals and was unable to sleep for nearly a week. Ultimately, my teacher and mother helped me confront my fears. The cat comes back to life, after all. As Isabel might remind Ana, the song isn’t real.

But just because media texts are constructions doesn’t mean we should discount the effects they have in shaping our worlds and subjectivities. This is important to consider when we think of children and evaluate portrayals from child actors, and may be especially relevant when we think about girl characters and actresses, whose stories don’t often get told and usually get interpreted by adults. Torrent reminds of this with her enchanting, resonant performance and makes the case for how an adult male can use a girl protagonist as a stand-in yet still create a self-contained performance that allows her to walk away with the film.

I can't believe no-one else has commented on your terrific post yet, but you really capture the beauty of this film, which is truer to the inner lives of children than almost any I can think of...And Ana Torrent's performance is one of my favorite in any movie, period. I hope at least a couple of readers watch "Spirit" because of what you've written. 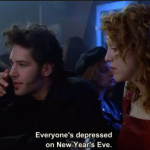