Best of Both Worlds | Bitch Media

Best of Both Worlds

The Red Hot Organization has been around since 1989. Working closely with the National Minority AIDS Council, to ensure that scarce moneys will be used to their best effect, Red Hot places a strong emphasis on AIDS research and education. Currently 33 million people are living with HIV, 2.7 million people are infected with the virus and 2 million die of AIDS annually. Red Hot was founded on the premise that even without a cure, HIV and AIDS remain a preventable disease. Music is a great vehicle to raise both money and awareness for it. 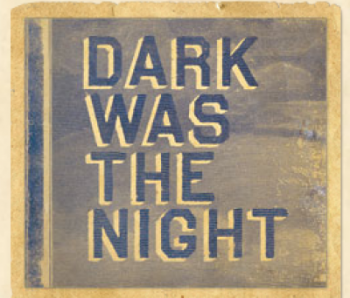 Produced by The National's Aaron and Bryce Dessner, Dark Was The Night is composed of 31 exclusive tracks and is available as a duel CD, triple vinyl, or for those younger folk who have no idea what those aforementioned things are, also available for download. I'm going to be honest here: I'm pretty much head-over-heels, especially for some of the collaborations goin' on (Dirty Projectors and David Byrne? Antony and Bryce Dessner? Blonde Redhead and Devastations?). Sorry, getting ahead of myself - here's the tracklist as promised!

Whaddya think? It's great to see an organization use mass media to its full, constructive and communicative potential with very positive results. It's pretty obvious that the albums they put out are artist-driven. Dark Was The Night is a great demonstration of the activist in the artist and the artist in the activist. As if that wasn't enough to make you purchase this awesome album, the revenues remain local - sales stay within each country to help support local AIDS prevention and relief.

This is definitely a purchase you can feel good about.

Purchase through:
Your local record store! Sorry, don't have a link for that.
OR
Amazon
iTunes

For those Bitches in New York:
Sunday, May 3 at 8pm in Radio City Music Hall, Dark Was The Night Live will feature several of the artists that contributed to the compilation including Dave Sitek, Dirty Projectors, Feist, My Brightest Diamond, The National, Sharon Jones & The Dap Kings plus more to be announced in the coming weeks. General Public tickets will be available Friday, March 13th starting at 11 AM (EDT). Purchase tickets here!

For some reason, I remember Red Hot's ads on MTV fondly. Maybe I'm remembering the ads for Red Hot and Blue..is that what it was called? I don't watch MTV anymore, because it makes me feel as though I've been transported to an alternate universe where all teenagers are hot and rich instead of broke and goofy.
So, thanks for tipping us off about this project. It looks truly incredible.

I have I what looks like their <a href="http://en.wikipedia.org/wiki/Red_Hot_%2B_Riot">fourteenth album? </a>Each one is different so if you're not crazy about indie rock <a href="http://en.wikipedia.org/wiki/Red_Hot_Organization">they have you covered. </a>The one I have has a bunch of different folks (from Les Nubians to Jorge Ben to Sade) covering Nigerian activist/musician Fela Kuti. I still listen to it!
<img src="http://upload.wikimedia.org/wikipedia/en/d/da/Various_-_Red_Hot_%2B_Riot... 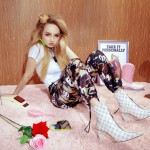 by Kim Petras
Kim Petras is getting revenge through success.