What if Christmas Trees Honored the Workers Who Grew Them? | Bitch Media

What if Christmas Trees Honored the Workers Who Grew Them? 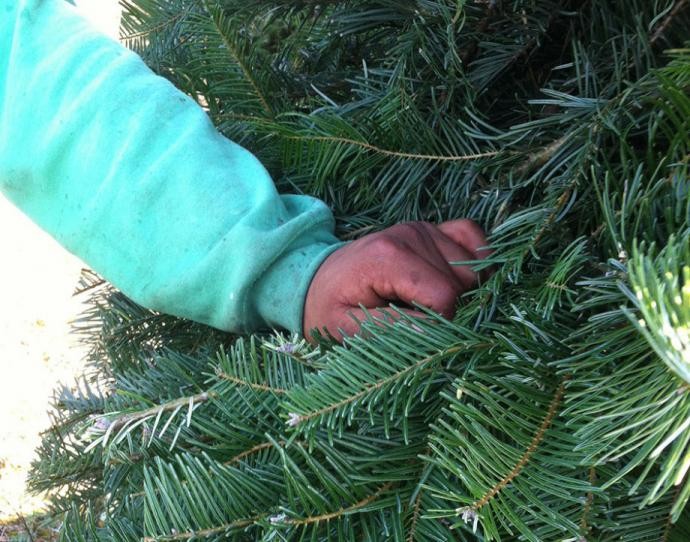 An Oregon Christmas tree farm worker, photographed as part of the Pineros project

In 100 different homes across Portland this winter, Christmas trees were adorned with unusual ornaments: instead of tiny Santas and candycanes, the evergreen branches were also graced with glass ornaments etched with the name of a farmworker who helped grow and harvest the tree.

The project, Pineros, connects Christmas tree farmers to the families who buy the evergreens and set them up in their homes. Artist Betty Marin created the ornaments to honor the work of laborers who are often overlooked and to make visible the economic supply chain of Christmas trees within a larger context of the immigrant rights movement.

More Christmas trees are grown in Oregon than in any other state and most of the people who work on tree farms are seasonal, migrant workers and the work of growing Christmas trees is tough. Workers usually prune trees with machetes, slashing the extra boughs to create the classic shape. Trees take years before they are ready to harvest—really large ones can take as long as 14 years to get ready for the one season they’ll be the center of a family’s home. While the work is seasonal, some of the Christmas tree farm workers have been returning to the same farm, caring for trees for 15 years. Marin herself is the child of working class, immigrant parents in LA. Marin relocated to Oregon in 2011 to get an MFA in Art and Social Practice at Portland State University. Arriving in Portland, she wanted to do art that was “in solidarity with the workers to create a conversation about and between the historical and newer communities in the state.”

So Marin felt that tapping into existing traditions around the Christmas tree would be a good way to create curiosity and compassion for the people who do the difficult work of caring for and harvesting the trees.

Marin has been doing creative artwork dealing with immigration for years, including developing self-care workshops for farmworker women in a community in Woodburn, OR and becoming the artist in residence at the Martin Luther King Jr. Worker Center, part of the Voz Workers’ Rights Education Project in Portland. She facilitated a series of bilingual workshops for day laborers at an area Home Depot, which acted as both as a skill exchange between employees and day laborers, and facilitated many of the laborers being hired by contractors. By having hosted these large workshops in a mainstream, public place, the experience of the laborers was made visible. 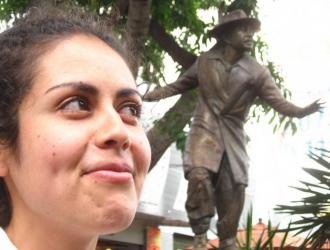 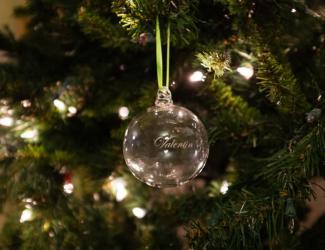 Artist Betty Marin and one of the ormanents inscribed with a farmworker’s name (right photo by Mark Menjivar).

The Christmas tree project, Pineros, takes its name from the Spanish word for tree farm workers. Marin asked five workers to be a part of the project, commissioning Portland-based glassblowing artist Jesse Blackmer to create 100 handblown glass ornaments, each with a tree worker’s name etched on, to gift to families who purchased the trees. Each ornament also came with an insert with information about the worker featured and some information about immigration issues.  These ornaments would serve as a conversation piece to allow her to make their labor visible to the people who buy and sell the trees. Then Marin selected a tree lot where the sales were to be made by Boy Scouts to benefit their troop. She met with the troop, including some of the parents, who she says were a bit suspicious about her intentions. But she was able to show a film she made of the workers explaining the pruning and harvesting practice and she says the kids became filled with a “beautiful curiosity and excitement” when they saw behind the scenes for the first time. It really formed a connection to what they were selling and gave them a sense of participating in something bigger than themselves, says Marin.

The families who purchased trees were asked to hang the ornament on their tree to honor the worker who had cared for and harvested their Christmas tree. By gifting a precious object and asking in return that it be treated as such, her hope is that they will become integrated into many of the families’ collections as heirloom ornaments. Marin sees this a potential for the project to continue through the possibility for future conversations within the families who received the ornaments. 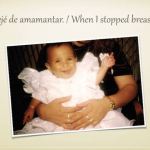 by Sarah Mirk
What is it like to breastfeed while in immigrant detention?