BiblioBitch: The Smart (and Spoiler-tastic) Analysis of Beyond the Wall | Bitch Media

BiblioBitch: The Smart (and Spoiler-tastic) Analysis of Beyond the Wall

When the second season of HBO’s Game of Thrones ended a few weeks back, I was one of the many fans who had some questions that I couldn’t stop thinking about for, like, a whole day. Will Tyrion, one of the few truly charismatic characters, recover from his battle injuries and subsequent removal as Hand of the King and continue being the show’s voice of saucy reason? Will Daenerys Targaryen, last seen locking two traitors in a giant safe to die extremely slowly and boringly, recover her dragons and finally journey across the narrow sea to claim the legacy none of us, including her, are totally sure exists? Will Arya Stark’s escape from Harrenhal bring her within sword-swinging distance of her kill list? What’s up with the zombie army? And can someone just push Joffrey off a turret so we never have to see his obnoxious little hamster face again? Like I said, these issues felt really pressing for 24 hours or so, and then by the next night I was like “Oooh, return of True Blood! Bunheads! Some craft challenge hosted by Tori Spelling!” Because that is the kind of TV viewer I am. Though I could arguably spend the summer reading the five-book series on which Game of Thrones is based, I’m not going to, because I’m still catching up on issues of the New Yorker from April. Of 2011. (Boy, that Malcolm Gladwell, huh?)

However. The book Beyond the Wall: Exploring George R.R. Martin’s A Song of Ice and Fire (SmartPop/BenBella Books) was something I could not resist, despite the very real possibility that it would not only not answer my lingering Season Two questions, but also offer spoilers for things I didn’t even know I didn’t want to know about yet. Beyond the Wall, compiled by fantasy writer and editor James Lowder, is a collection of 14 essays on both the books and the show. It covers textual elements like their take on time and chronology (“An Unreliable World: History and Timekeeping in Westeros”), as well as ruminations on their place within literary and fantasy categories (“Beyond the Ghetto: How George R.R. Martin Fights the Genre Wars”)—a close read, in other words, on the Song of Ice and Fire phenomenon itself, and on the themes and images that pervade it.

Some of the book’s most relevant essays engage directly with the book/show, and in that category fall the two that deal specifically with feminism, sexism, and gratuitous sexualized violence. Much has been written about gender and Game of Thrones. Some of it centers on the question “Is it misogynist, or just historically accurate?”  as though there’s not a Wall-sized swath of gray area in there; some of it simply shrugs off HBO’s propensity to use women’s bodies  as the spoonful of sugar that makes all the exposition go…down…well, that metaphor got seamy really fast.

Beyond the Wall offers bracing takes on the ingrained sexism, brutal violence, and expectations for female characters in Westeros, while reminding readers that critical thinking is key to seeing, say, a rape scene as evidence that Martin wants his readers to understand the depth of inhumanity in the characters he’s written, and also evidence that he knows that killing or kidnapping alone can’t always convey that. ThinkProgress columnist Alyssa Rosenberg, in her essay “Men and Monsters: Rape, Myth-Making, and the Rise and Fall of Nations in a Song of Ice and Fire,” notes that “attitude toward sex and consent are one of the ways that citizens of Westeros, the Ironborn, the Free Folk, and members of the societies across the narrow sea distinguish themselves from each other. In Westeros in particular, where the ability to kill is a sign of manhood and even of honor, it’s sexual misconduct that signifies monstrosity.” Rosenberg quotes a 2011 interview with Martin, who doesn’t dispute the charge that his books are loaded with intricate depictions of sexual violence, but notes that, “If I’m guilty of having gratuitous sex [in the books], then I’m also guilty of having gratuitous violence, and gratuitous feasting, and gratuitous depictions of clothes, and gratuitous heraldry, because very little of this is used to advance the plot.” A book about us? Could I get the audio version? I’m a bit busy at the moment…

Elsewhere, Caroline Spector, a longtime editor in the fields of sci-fi, fantasy, and gaming, suggests that in writing strong women who aren’t perfect women—and are, in most cases, as demon-driven and morally conflicted as their male counterparts—Martin has run a subversively feminist thread through the Song of Ice and Fire series. From the barely concealed evil of Cersei Lannister to the opaque, gender-bending stoicism of Brienne of Tarth to the rapid growth and politicization of Daenerys Targaryen, as well as the assorted whores and wildlings and cupbearers, the women in Westeros can’t be vetted for accuracy with a modern feminist lens. As Spector writes, “In the midst of what appears to be a traditional male-power fantasy about war and politics, [Martin] serves up a grim, realistic, and harrowing depiction of what happens when women aren’t fully empowered in a society.”

Other essays in the book look at the series’ characters and themes through psychological/sociological lenses. In “Art Imitates War,” Myke Cole, a former military officer, applies the Cooper Color System, a “combat mindset scale” developed to help define the extent of post-traumatic stress disorder, to the stories of Arya Stark and Theon Greyjoy, two characters whose daily lives amount to a collection of coping mechanisms. In “Petyr Baelish and the Mask of Sanity,” former mental-health worker Matt Staggs posits that perhaps the scariest character in seven kingdoms full of scary characters is the whoremonger Littlefinger, because he’s a psychopath in the textbook sense of the word—no emotional attachments, no empathy, and no sense of remorse. In other words, he has none of the emotional shadings that make moral failings and lethal actions undstandable (if not necessarily forgivable) in other characters. (Indeed, all I had to do to get on board with Stagg’s argument was recall the chilling Season Two scene in which Littlefinger explains to Ros what he’s done with his past “unhappy” workers.)

Applying these intellectual lenses to Martin’s plotlines is a smartypants tactic that could easily get tiresome, so it’s a testament to these writers—to both their skill and their humanity—that it doesn’t. It makes sense, too, that Martin’s opus appeals to writers who come from a broad range of backgrounds, from pop-culture criticism (Rosenberg) to young-adult fiction (Brent Hartinger, whose piece “A Different Kind of Other: The Role of Freaks and Outcasts in A Song of Ice and Fire” is one of the book’s standouts) to video-game design and academia.

But be warned: If you’re going to read Beyond the Wall without having read the existing five books (two more in the series are forthcoming), prepare for some unpleasant surprises revealed in passing. Maybe the unpleasantness won’t exactly be a surprise: If you watched the show, you know that it had no compunction about beheading Ned Stark (at that time the story’s moral center) like it wasn’t even a thing. If you’d rather avoid out-of-context revelations about the fates of other series mainstays, keep away. But if you feel like some more insight into this crew of flawed, feral, fascinating characters will inform your Season Three viewing, read on—and good luck putting it down.

I'll definitely have to check this out. I'm a huge fan of the books despite my issues with all of the sexual violence. (And honestly, that's the thing that irritates me the most about the HBO version: waaaay too much gratuitous sex (there's already plenty in the books! Did we really need to add more?) )

Hi there, just changed into aware of your weblog through Google, and found that it's truly informative. I am going to be careful for brussels. I will be grateful when you proceed this in future. Lots of other folks shall be benefited out of your writing. Cheers!
<a href="http://emporiavictoria.com.au/index.php?page=shop.product_details&flypag... Bed Frames</a>

This is a topic of my interest. I love reading through your blog, I wanted to leave a little comment to support you and wish you a good continuation.
<a href="http://www.iconprotech.com/filtration.html">Hayward Filter</a> 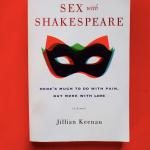