BiblioBitch: Dear Dawn: Aileen Wuornos in Her Own Words 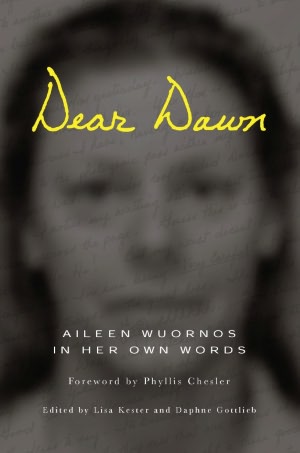 The life of Aileen “Lee” Wuornos has been the subject of numerous popular and artistic productions. There are documentaries, visual art pieces, T.V. biographies, books, films, and even an opera. People are fascinated with the runaway teenager from Michigan–turned hitchhiking lesbian prostitute–turned “first woman serial killer.” In fact, it took just three short weeks after Wuornos’ arrest for a filmmaker to present her with a contract for the film rights to her life story. This was only the first of many plans to profit (either politically or monetarily) off Wuornos’s life story by lawyers, “friends,” police officers, activists, politicians, filmmakers, artists, and strangers.

Dear Dawn: Alien Wuornos in Her Own Words is a significant book because it is probably the only chance we will ever have to hear Wuornos’s life story the way she narrated it herself. Wuornos wrote to her close childhood friend, Dawn Botkins, from death row for more than ten years. This prolific volume of letters has been abridged and reproduced by editors Lisa Kester and Daphne Gottlieb with Botkins’s permission and help. Dear Dawn comes a decade after Wuornos’ execution and, reading the letters in the book, one gets a sense that “Lee” was trying to grasp at the truths of her own life as she wrote them down for Dawn—to get her story on paper before she died.

If other people have tried to make sense of the tragic events of her life in some coherent way, Wournos, too, tries to make some sense of her life through her correspondence. Still, her last letter to Botkins before her 2002 execution seems abrupt, leaving the reader unsure what’s really been learned from more than 300 pages of writing. Still, Dear Dawn adds something to the Aileen Wuornos story that most other narratives about her life leave out: the love, tenderness, and humor that comes along with a long and caring friendship like the one she shared with Dawn. In her own words, Wuornos is often playful, childlike, and imaginative. Her “road stories” about hitchhiking, homelessness, and prostitution are as often entertaining and funny as they are emotionally devastating.

It is impossible to capture the complexity of the many letters here, but I do encourage you to read them for yourself.  I close with one of Wuornos’s many letters, from October 2nd, 2000, to let her have the last word:

…Kittens. Now you and I both know thats the last thing ya need! You’ve had to much of a heart ache in the loss of so many animals. If I were you. Here Kitty, Kitty….. “FOR SALE” anybody want one!. 50 cents a piece. Ha. Ha. Its just to hard to handle when they die. I remember ty accidentally stepping on of Zypher’s kitties she had…Crushed its skull in - yet it was still alive. Lord. Saddist thing to wit and then have to do next., as I grabbed it and then ran to the bathroom – only to next quickly fill the sink with water and drown it – to put it out of its Misery. Lord it was sad!….I cried my living eye’s out on that one too for days!. Broke my heart all to hell., their so precious and cute as can be…

Well. Let me go ahead and sign off here … Ill get back with you as soon as I can. 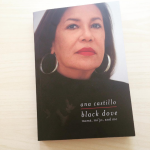