Rosalind Franklin lays down the law to Watson and Crick.

My favorite story is Hedy Lamarr’s; although not a scientist per se, she dabbled in invention, and engineered a secure spread spectrum communications technique called frequency-hopping. The technique was patented (under her second husband’s name) in the 1940s but wasn’t fully employed until the 1960s, and is now a fundamental part of modern wireless communication devices like cell phones and the Internet. The sultry Austrian actress exuded cool like a WWII-era Nico, probably because she had endured a highly dramatic life back in Austria – one of suicidal suitors, a husband who kept her under 24-hour guard, rendezvous at the Hapsburg Palace and, one imagines, the occasional glove slap. She escaped her jealous, controlling husband to come to America, where she pursued her film career to great success.

Dignifying Science is an entertaining primer on some lesser-known female scientists (i.e. women who are not Marie Curie, although she is featured in the prologue) who made crucial contributions in many different scientific fields. The stories don’t hesitate to enter the realm of technicalities – I still don’t quite understand what it was Lise Meitner did – but include enough great art, history and historical fiction to appeal to readers who aren’t science buffs.

As a woman who works in science I can tell you, it's not easy. You are playing in the boys club, you will be called sweetheart, honey and all sorts of condescending names. Your ideas will be ignored, you will be overruled, and you will be told to shut up and do your job. Nevertheless, I do like to spend my free time looking through this comic book.... Thanks a lot for this post! 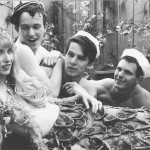