BiblioBitch: Five Righteous Books of Poetry that Changed My Life

April is known for a lot of things: Easter, spring, the name of the reporter from the Teenage Mutant Ninja Turtles… but, did you know that April is also National Poetry Month? If you’re anything like me then you have read (and related to) the work of Sylvia Plath, and mourned the loss of the feminist poet Adrienne Rich on March 27th of this year. But, maybe like me, your knowledge of poetry, especially by women, ends there.

I’ve always felt poetry to be above me, something I could not connect with or fully understand. Or that poetry by women was always sappy (I’ve since realized that learning about poetry through a white male canonic lens brainwashed me into thinking that way). After hearing my friend Lisa Wells read from her new chapbook Beast I knew there was something incredibly deep and moving to be gained from not only reading more poetry but actually being able to listen to it. In honor of National Poetry Month I asked Lisa to compile a list of her top five recommended poetry collections for me (with a special tribute added for Adrienne Rich), and asked if I could record her reading some of the work so I could listen more closely. Here’s what she had to say:

Here are five righteous books of poetry that changed my life, (and happen to have been written by women):

Nelly Sachs was a German Jewish poet, Holocaust survivor, and friend of the poet Paul Celan. The poems are tortured, gorgeous, and mythic retellings of the atrocities endured by Jewish people throughout time, most particularly during the Shoah. Sachs draws on Kabbalistic imagery and the poems are huge thanks to it, incorporating the whole of the cosmos. These poems change you, play you like a terrible instrument of hair and human bone!

This collection is a perfect storm of political, personal, and ancestral themes from one of our foremost Native American poets. Harjo tells of the deep losses suffered by Native peoples, particularly those suffered by women, with wisdom and candor. Her voice is dynamic, weaving eras and perspectives, animism and myth, hope and despair. As soon as I read, “We have just begun to touch / the dazzling whirlwind of our anger,” I knew I was in love, and set about underlining every line that gave me chills. Now my copy is an unreadable graph, BUT I do have a birthday coming up…

Link to text of the poem “For Anna Mae Pictou Aquash, Whose Spirit Is Present Here and in the Dappled Stars”

Ai’s death in 2010 was a huge loss to poetry. The Japanese, Choctaw-Chickasaw, Black, Irish, Southern Cheyenne, and Comanche poet kicked ass and took names, writing brutal feminist poems that gave voice to marginalized speakers. Ai was willing to assume any personae, tackle the most gruesome subjects, and intractable taboos; non-normative sexual “perversities,” a boy who murders his family, and a mother who derives satisfaction from leashing and beating her child, to name a few. This book is not for the faint of heart but worth exploring if you’re ready to test your empathies and ideas about art.

The Dead and the Living is a document of uncompromising candor about the body, sexuality, domestic and political violence, and family relationships. Divided in two parts: “Poems for the Dead” (based on the poet’s family, as well as on photographs of strangers, mostly victims of atrocity,) and “Poems for the Living,” which deal with her family of origin and family of her own making, they explore her multiple roles as child, lover, mother, wife, victim, and defender. This is an undisputed classic by the woman who declined a White House invitation from Laura Bush, replying, “So many Americans who had felt pride in our country now feel anguish and shame, for the current regime of blood, wounds and fire. I thought of the clean linens at your table, the shining knives and the flames of the candles, and I could not stomach it.”

Link to text of the poem “The Eye”

The Country Between Us by Carolyn Forche (1981)

Many of these poems deal with Forche’s experiences as a human rights activist in El Salvador during the Salvadoran Civil War. These courageous poems sing with violence and beauty. She went on to coin the phrase “Poet of Witness.” Of politically engaged poetry she said, “We are accustomed to rather easy categories: we distinguish between ‘personal’ and ‘political’ poems…The distinction…gives the political realm too much and too little scope; at the same time, it renders the personal too important and not important enough. If we give up the dimension of the personal, we risk relinquishing one of the most powerful sites of resistance.” Hell yeah!

Here’s Lisa reading from her collection, Beast (transcript of both poems available here):

“Diving Into the Wreck,” Adrienne Rich

I remember the poet Lee Sharkey smiled when she told me, “Adrienne Rich, her poems taught me how to live,” and half understanding what she meant by that, and half stalking the dark, wanting to know it bone deep. I was 20 years old then, and Lee somewhere in her 50s. I’d read Diving into the Wreck, in the aisle of my favorite bookstore, and the strange oracular power of it hooked me. I couldn’t know what Lee meant because almost everything scared me shitless, especially words like grave. I’m still scared, but somewhere along the way I picked up a blade and understand the poem differently when I hold it.

We are, I am, you are
by cowardice or courage
the one who find our way
back to this scene
carrying a knife, a camera
a book of myths
in which
our names do not appear.

Rich produced several remarkable collections before it, but catastrophes personal and political, and the emergence of the civil rights movement and women’s lib converged in Diving into the Wreck, producing a powder keg. Its steady lines the match’s sulfur tip dragged against the strike pad.

It’s hard to see her go. 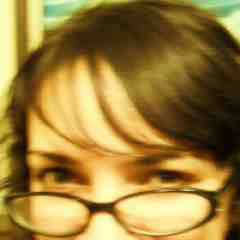 From what you've said, I think you'd like Adebe D.A., particularly "Ex Nihilo." I was introduced to her work when she was long listed for the Dylan Thomas prize.

Sachs draws on Kabbalistic imagery and the poems are huge thanks to it, incorporating the whole of the cosmos. These poems change you, play you like a terrible instrument of hair and human bone! <a href="http://www.7thought.com/category/quotes/christmas-quotes">Christmas 2014 quotes</a> 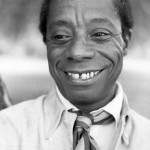