Today's Bibliobitch is a follow up to Kjerstin's Sm{Art} tribute to Frida Kahlo from last Wednesday. While Barbara Kingsolver's newest book, The Lacuna, isn't exclusivly about Frida, Diego Rivera and their circle of compatriots and compadres, the most interesting chunk of the book is certainly that which revolves around the protagonist's, Harrison William Shepard, time in their employ.

The novel begins with Harrison Shepard as an adolescent, moved from Virginia to Isla Pixol by his tempestuous, impulsive mother in the 1920s. The relationship of Harrison to his mother is not easy to parse. As they move about in pursuit of his mother's man-centered ambitions, it often feels as though their relationship is more that of brother and sister, or even schoolyard chums, than mother to son. Harrison spends his days learning how to cook authentic Mexican food (especially pastries). His time in the kitchen with the chef and other servants is one of his first introductions to the stark separations of class and privilege, and a harbinger of the sentiments which will induce a revolution that will rock Mexico in the coming decade.

When Harrison gets a little old to tote around and stow in her casas chicas (apartments for mistresses), his mother promptly sends him back to the father he's never really known in Washington DC, where he is enrolled in a military academy. Here we are introduced to the first real stirrings of Harrison's homosexuality, as well as early formulative political experiences, as he is thrust into the governmental center of the Great Depression, rife with homelessness and shanty towns, labor disputes and riots over benefits by disenfranchised World War I veterans and their families.

After Harrison is expelled from the Potomac Academy for what was at that time termed "insolence" (the truth is easily discernible) he drifts back to Mexico and finds work in the household of "The Little Queen" (Frida) and the "Fat Toad" (Diego). Truly the richest part of the book, the coming decade gives Kingsolver the ability to do what she does best—flaunt her talent for meticulous research. I saw her read from The Lacuna at Third Place Books in Washington when the novel first came out, and she discussed some of her methodology in building the story. The time she spend visiting the Mayan and Aztec monuments and ruins, bouncing in old cars through the pueblos outside the urban centers and off the major thoroughfares, and the effort she goes to to include colloquial phrases and images (which are immediately translated for non-Spanish speakers) is a treat for those who have been to Mexico as well as those who haven't. The Frida section of the novel also includes the arrival of Leon Trotsky and the *ahem* effect his presence has on the household dynamics which is an exciting intersection of history and culture, but which (spoiler alert if you don't already know the history!) ends well for almost no one.

The last third of the book follows Harrison back to the states at the onset of World War II. He eventually relocates to North Carolina and keeps a low profile. As he builds a career for himself as a novelist, with the connections and encouragement of Frida and Diego to aid him, we watch the end of the story dwindle into despair as the US is gripped with the terror of the Red Scare and the Senate-run, FBI-investigated communist purges.

The intrepid Violet Brown, whom he meets at his first N.C. boarding house and brings on as a stenographer, acts as a life raft for Mr. Shepard as he attempts to adjust to his new country; one that is terrified of communists without being clear what communism is. For Harrison, having spent most of his adult life living with, cooking for, and transcribing the words of a few of the most famous communist activists in history, it is a sharp and merciless learning curve. Besides the meticulously researched Frida section, the investigations and smear campaigns which ran rampant during this shameful period of history are vivid and disturbing in their accuracy. This portrait of a quiet intellectual, who ultimately despairs and is, in a way, destroyed by the lies, fear, ignorance and intolerance of his society, is a timeless (and depressing) message.

I have come to love the strength and moxy of Kingsolver's female characters over the years, and I was initially skeptical of her writing this story from a young man's perspective. But as this was her first novel in nine years, I jumped in eagerly. In the end, because of Harrison's relative sensitivity, and the character Kingsolver imbues him with, that of the quiet, non-judgmental observer (even his journals are written in the third person), I ended up forgetting there was a narrator at all sometimes.

The Lacuna is not the most fast-paced book you could grab for your summer literary adventures this month, but it is rich in its imagery and undeniable in accuracy. Even the cover and dust jacket are a vibrant piece of art. You will know before you get in too deep if this is the book for you, and I would recommend anyone with an interest in art, Frida, Mexican history or communism find themselves a copy.

Very good review,Sara, and true to the course of the book. I listened to the author reading the book on cd and while I love Barbara Kingsolver, I felt her voice got in the way of the story. Reading it was a whole different enchilada.

Will check this book out! 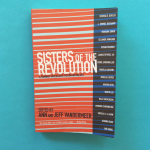