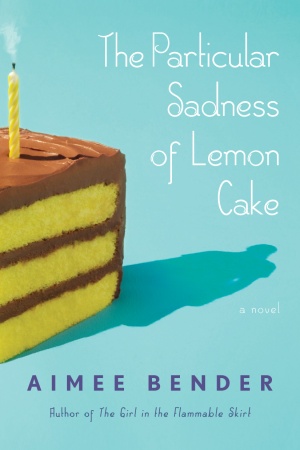 Books that use food as a gateway to emotion can be pretty unbearable (hi again, Eat, Pray, Love). Thankfully, Aimee Bender's new novel is more like one of the fairy tale rewrites I wrote about a few weeks ago than one of those self-indulgent food memoirs.

The story follows Rose Edelstein, who discovers on her ninth birthday that she can taste feelings. When Rose takes a bite of food, it tastes like all the emotions of whoever made it. And not just "happy" and "sad": as she ages and her palate develops, she can sense desires, regrets, hesitations, and many other subtleties hidden inside everything she eats. She knows where every ingredient came from: she can taste the metallic coldness of factories and the specific locations of farms.

To Rose, her ability feels more like a curse than a superpower. She's finding things out about her family she isn't equipped to deal with. The family, by the way, had me a little torn. Bender lays out a too-familiar story of dysfunction: Mom is unfulfilled in her role as homemaker, and Rose tastes this over and over since Mom makes all the dinners. Dad immerses himself in his work as a way to avoid the more intimate responsibilities of fatherhood. Children suffer from the lack of intimacy and parental accord and deal with it by separating themselves in ways that are perplexing for the rest of the family. All of this seems a little like The American Family Novel for Beginners.

The thing that makes this fictional family atypical is the way Bender makes it float, unanchored by the realities that might weigh on a more conventional family story. Lemon Cake does give the reader a solid sense of place in Los Angeles, often naming streets and landmarks. But some significant grounding details are purposely withheld from the reader: we don't know when the story is set, for example, and we're rarely given any kind of wider picture of the world outside the Edelsteins' LA neighborhood. The story holds a subtle but odd sense of timelessness, which made me miss the more pronounced oddities of Bender's short stories.

Lemon Cake wants to show that, for the Edelsteins, the storybook Father-Mother-Son-Daughter foursome does not work. Their familial roles engender coldness and disappointment. But what makes me love Bender's short stories, the ones in Willful Creatures, for example, is that they often suggest a way out of that kind of coldness. In Willful Creatures, Bender experimented more boldly with form and with departures from reality. (One story from that collection begins: "The man went to the pet store to buy himself a little man to keep him company.") Those experiments seemed hopeful hints at an alternative to the sadness of lives like the Edelsteins', because they allowed characters to depart, if magically, from their roles. Though Lemon Cake has Rose's magical taste buds and another important departure I won't divulge here, those departures don't quite add up to a way out.

I've been seeing and wondering about this book for awhile. The book/sweets promise is almost irresistible to me (<a href="http://www.google.com/imgres?imgurl=http://ecx.images-amazon.com/images/... also...</a>) but though I like some Bender stories, such as "What You Left in the Ditch," I find others too self-consciously quirky and/or light on substance. I appreciate the breakdown you've given here; I'll probably pass on <i>Lemon Cake</i> now. I've grown weary of the Angsty Nuclear Family Story, even if it does include magic.

the premise of the book sounds uncannily similar to laura esquivel's "como agua para chocolate" ("like water for chocolate") except for the fact that esquivel's novel is set in revolutionary mexico and comes with recipes at the beginning of every chapter.

if someone has read both i'd love to know what your take is!

"como agua..." is about the woman who cooks the food and what she's feeling while she cooks; then whoever eats the dish feels what she was feeling. "the particular sadness..." is just about this woman and her food/feelings.
yes, you can steal "food/feelings" and spread it around. you're welcome. 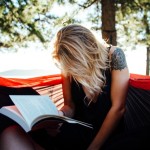 by Evette Dionne
The one good thing about fall, outside of cute boots, is the influx of books that are being released.