BiblioBitch: Kittatinny and the Legacy of Joanna Russ | Bitch Media

BiblioBitch: Kittatinny and the Legacy of Joanna Russ

I am an enormous fan of Joanna Russ’ work. The feminist science fiction author is best known for her dense exploration of the effects of parallel societies on a given character, The Female Man, but I swear by We Who Are About To…, about a woman fighting to die rather than colonize an unknown planet, and The Two of Them, about a traveler who feels superior to a gender-regressive realm only to realize her own life is not as free from patriarchy as she wants to believe.

I was saddened to learn of this great talent’s passing last week after a series of strokes. Russ was seventy-four years old. There is an endless amount to be said about her influence, her fearlessness, her distinct and sometimes meta modes of writing, and her triumphs and limitations as a feminist role model. Today, though, I’d like to discuss an unsung heroine of sorts: Russ’ one book for younger readers, Kittatinny: A Tale of Magic. I only managed to find this bildungsroman recently (and you can imagine my elation, as both a Russ-ite and a YA connoisseur) and have rarely been so enchanted by a story.

Kittatinny is out of print, and though it occasionally comes up in critical analysis of Russ’ work, it’s one of her lesser-known novels, even amongst fans. From a practical standpoint, it’s not hard to see why: In addition to being aimed at a younger audience than her other books, the writing is vastly different. The gorgeous storytelling in Kittatinny is loose and whimsical rather than academic, and disarming illustrations by Loretta Li (perhaps best known for her chapter headings in Rita Mae Brown’s Rubyfruit Jungle) interrupt the text. Most notably, the story is more fantasy than sci-fi. Kit herself, a bored preteen in a farming town, is an unlikely adventurer—as is the way in children’s epics, though the protagonist is rarely female. After wandering off to explore and ending up in an unfamiliar land, Kit reluctantly takes an abandoned faun she calls Baby Brother, or B.B., as a traveling companion. As implied by his name, they do not fall into a mother/son dynamic, nor does B.B., who grows quickly, act as a hero. The two bicker often while moving through the ever-morphing landscape.

Kit’s sagas in this short novel are a mix of challenges, moments of enlightenment, and educational opportunities. The less-than-feminist tendencies of most fairy tales are addressed directly with a monstrous (and tragic) incarnation of Sleeping Beauty and a mermaid whose controlling prince causes her death. In an interesting twist, Kit only reads about the mermaid rather than meeting her, nodding to both the escapism and learning to be gained from books. As in The Two of Them, Russ breaks the third-person narrative occasionally to speak directly to the reader, this time in footnotes providing definitions and explanations of phenomena such as stalagmites. Not all escapades are lesson-driven, though; in another favorite vignette of mine, Kit must sword-fight a herd of Slonches (which are like Pac-Man ghosts, only terrifying).

Unlike with most children’s fantasies, where the return home signifies the end of the fun, Kittatinny’s finish is my favorite part. Rather than no time having gone by—à la Narnia—Kit returns to the farm to realize that a number of years passed while she was off having adventures, and a facsimile of herself stayed at home meeting her culture’s expectations. She is now in her late teens… and is expected to get married. Even though she knows that “this is the way stories end,” Kit sees no reason why she should submit to expectations just because her body has matured. She is no meek Dorothy Gale, and the only person whose romantic company she might want is her old friend, Rose’s. After a startling reappearance by B.B. (and I won’t say more about it than that) Kit knows she still has agency. While the mature language in the last scenes probably ruffled a few feathers, I found the ending that this revelation led to perfect.

I do, however, take issue with the description on the back of the book: “A woman warrior, a sleeping beauty, a baby satyr, and a mermaid encourage a young girl into accepting free womanhood.” I would argue that Kittatinny: A Tale of Magic is not about “accepting” at all: It is about redefining womanhood for oneself.

Joanna Russ’ departure from this world (a strangely appropriate euphemism) is a loss for innumerable reasons, not the least of which is that it nixes the possibility that she will ever try her hand at children’s or YA lit again. Luckily for us, she was impressively prolific, and I have no doubt that discussion of her work will live on. Perhaps Rose Fox puts it best: “She was tremendous.”

<P>I am also a fan of Joanna Russ, and sad to hear of her death. I'd like to add another favorite book to your list, <EM>On Strike Against God</EM>.</P>

I'm in a book editing class at college, and I was encouraged to use The Female Man as a mock acquisitions project for my "feminist fantasy" novel. I'm so glad my teacher recommended it to me; it was an amazing read. She had such style and such interesting vision.

It's one of hers I haven't read; I really want to do so now. Thanks so much for this.

This book was introduced to me at a very young age, and I loved it. I think I was under 4 the first time I read it. I made everyone in my family read it to me at least once, and I went on to read it again and again through my adolescence. It had a huge impact on me. Now as a 23 year old, I am finally getting around to reading The Female Man. Thanks for writing about this book.

Relevant: An HBO Sci-Fi Show About the Rapture Helped Me Heal from Divorce 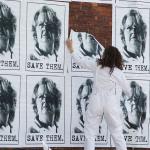 by Elis Aaron
In "The Leftovers," millions of people suddenly depart Earth. The show about loss and guilt hits close to home.