Meg Wolitzer’s new novel, The Uncoupling, has an intriguing premise, in a Joanna Russ-meets-Kelly Link kind of way: a spell is cast over the women of Stellar Plains, New Jersey, that makes them stop wanting sex. They all turn away from their male partners for reasons very mysterious and mystical and altogether unclear to everyone (articulated in the novel as “a cold wind”), and though most of them sure did like getting it on up to this point, they suddenly begin to feel that sex with men is generally not such a desirable thing. The men freak out in various ways (sullenness, drunkenness, belligerent spray-painting), and all the relationships in the town are, for the time being, ruined. 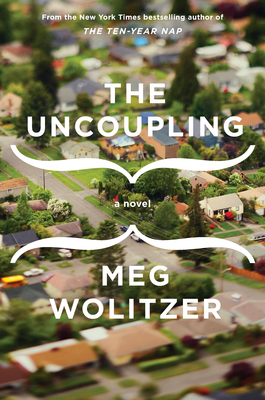 Wolitzer connects what’s happening to the Stellar Plains women to the plot of the ancient greek play Lysistrata, in which women go on a sex strike to try to convince the men to end the Peloponnesian war. The local high school, named Eleanor Roosevelt High after yet another lady who supposedly had better things to do than fool around with her male partner, is putting on Lysistrata as its winter play, and the mystical spell that befalls Wolitzer’s women gets all mixed up with the conscious political action of the women in Aristophanes’ work.

To me, The Uncoupling, at least its first part, invites even more literary connections. The premise reminded me of feminist utopian works from the ’70s and ’80s (think Russ’s The Female Man, which includes a planet where women learn to reproduce and thrive entirely without men) both in the uninspired sentiment that a man deprived of sex will basically cease to function, and in the sometimes-cheesy writing. The book also reminded me of The Feminine Mystique, with all of its awakening women and baffled suburban-ness. Unfortunately, that’s pretty much where the feminist feeling stops.

As one reviewer pointed out, Wolitzer’s unsexy spell exists in order to bring up general questions about sexuality and midlife and “settling,” and not to expose or debunk in the way that Friedan or Russ were attempting to do, so perhaps all of my hearkening to earlier feminist texts is unfair. But damn it if it isn’t frustrating to read a book that purports to toy with questions of sexuality, insists on using a pretty ridiculous plot device to do so, and then doesn’t say much of anything about sexuality except that sex sure is a big deal. Mostly for straight people.

Non-straight relationships exist here, but they exist on the sidelines: there’s a gay couple who teach at the high school, though they’re men so the spell doesn’t affect them; there’s a gym teacher who used to have sex with women but is now settled into her marriage with a man; and there’s the college counselor’s daughter, mentioned in passing, who goes to a liberal arts school and is thinking about majoring in Queer Studies. Wolitzer seems to be saying that she understands that in these modern times queer people exist, but this book is about suburban boredom, so it’s only pertinent to focus on the hetero partnerships. But in a book all about sex, the omission of other kinds of relationships seemed like a gaping hole. I wondered, for example, whether the lesbians in the town were stricken sexless too, or whether they got to keep on doing it while everyone else was filled with angst.

Although, in the end, perhaps it wouldn’t have helped to tell about the local lesbian romps. Because the redeeming aspect of this book is the way it pokes fun at the supposed mystery of female desire—you can’t help but snort at the magical breeze ruffling women’s skirts and flying up their pant legs, or the clueless patrons of the Chinese apothecary trying to find some ground-up root to invigorate them in bed. It’s a pleasant reminder that thankfully, no such whimsical wind exists, and though sexuality deserves examination (examination that it doesn’t receive here), desire isn’t actually all that complicated.

I've been looking at this book with interest; too bad it doesn't sound like my cup of tea. I am less than interested in a group of sad, long-term hetero couples. (In fact, I've sworn off indie movies with that premise.) I'm intrigued by all the Russ references, though, because JR makes my feminist heart go pitter-patter, and I may or may not have been raving about her yesterday. (I was.) Maybe I should just reread <i>The Two of Them</i> instead...

at the bookstore I work at. It was a major disappointment, for myriad reasons. The writing is definitely cheesy! It's heteronormative. Desire is brought up in the narrative but none of the characters are able to articulate anything about their desire or sudden lack-there-of. The plot was, overall, contrived and melodramatic, down to the show-stopping (literally, not figuratively) happy ending.

Is it too much to expect from a work of "realistic" modern fiction that characters (yes, even middle-aged, suburban ones) might blur gender lines a bit more than having experimented in college? That if an author is going to try to make some great statement about desire, sex, and love, they ought to at least try to cover everything that entails, for everyone? As exhausting as that would be, it would end up a hell of lot more honest than The Uncoupling, which boiled down to another boring story about boring people with unhappy sex lives. Does that idea/reality need to be reinforced in the fictional world? 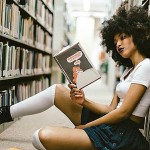 by Evette Dionne
These 10 new reads explore Nigeria, Brooklyn in the 90’s, a middle school that preaches conformity, and a range of other experiences that will make August one of your favorite months this year.