Chaz Bono is one of the most famous trans men alive. Since he’s Sonny’s and Cher’s son, he has been in the public eye since birth. As a result, Chaz is in a perhaps unenviable position of automatic trans* icon status, if not to the QUILTBAG community/ies, then to a straight and cis majority that likes to use him as a reference point.

Earlier this month, he drew criticism while fielding some cringe-inducingly ignorant questions from the New York Times. Bitch contributor Everett Maroon has written about Chaz’s overgeneralizations about transgender identity, and Jos from Feministing sounded off about the sexism in statements about how, now that he’s on T, Chaz no longer has “tolerance for women,” whose endless gossip makes him “just kind of zone out.”

Bono’s new memoir, Transition: The Story of How I Became a Man, co-written with Billie Fitzpatrick, brims with candid emotion. It covers his entire life so far, including his first coming-out (as lesbian) and the death of his former partner, each of which has previously inspired its own book. As the title implies, it frequently comes back to Chaz’s lifelong discomfort with being thought to be female and his gradual acceptance of himself as a trans guy.

Unfortunately, it’s also full of more statements that draw a firm, conservative line between who women and men can be. Simply worded yet politically loaded, Transition is highly trans- and gay-positive, but usually gender-essentialist and sometimes self-contradicting.

[He] was actually an extreme example of how most of the men in the record industry behaved. As women we were expected to act in a sexual and subservient way toward men. Looking back, I see that this was excruciating and left me feeling dirty, as if I had sold my soul.

But then, Chaz mentions wanting to punch the harasser and speculates, “If [Heidi] had testosterone coursing through her veins, I’m sure she’d want to take a swing at him, too.”

Some cis women do want to punch people. I promise.

This mixed moment is more benign than Chaz’s assertions that women inherently bond, straight men don’t hug, and cancerous growth on the cervix is a sign of one’s body rejecting itself. Is the sexism in Bono’s writing a tactic with which to explain transgenderism in terms a kyriarchal majority might better understand? It’s impossible to know, but these moments are consistently unsettling. Just as a book, Transition reads like almost any memoir of a famous person—simple language, sparse descriptions, hurried pace—but I don’t expect the lack of award-quality writing to surprise anyone. (After all, that’s not why I pick up books with famous faces on the cover.) It’s not to say the work is without merit, either, just that its tone and content have more in common with, say, Maureen McCormick’s Here’s the Story than Julia Scheeres’ Jesus Land. After all, Chaz Bono’s writing is most compelling when narrating his memories: a lifetime of fame, an abusive nanny, musical and journalistic experience, and drug addiction, to name only a few.

Those hoping for insight into Chaz’s relationship with Cher are in luck as well. There are plenty of loving details about his mother’s habits and personality, but the book is also awash with anger at Cher, for both her failure to provide a stable childhood and her consistent trouble understanding Chaz, even when he was a kid.

But pleasingly, especially for a true story, a memoir of difficult experiences and fraught relationships ends with a sense of great contentment. “I had no idea that life could be so easy, or that I could feel so happy and so at peace,” Chaz writes. Cheers to that.

Image of Chaz and Cher via popsessive.com

I love how wonderful the critique's on the site are. No one gets a pass just because they are pushing the status quo in gender roles. I think Ariel Levy's Female Chauvinist Pigs discussed this type of gender bias within the gay community. So interesting. Loved the article! I also realize that Chaz is not a lesbian because he is a man given the previous sentences. I just am dissapointed that he would feel this way given his struggles to only judge and put females in a box of stereotypes and behaviours.

Relevant: I Want You, But I'm Triggered 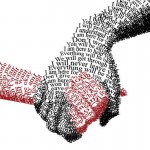 by adrienne maree brown
Triggers happen. Here's what to do when trauma threatens to disrupt your pleasure.