My favorite studying spot in my college library faced a bookshelf that held, on the very bottom near the floor, a frayed old hardback called Careers for Women. After staring at the title for months, one day I finally picked it up and flipped through. The chapters had titles like “Secretary,” “Hairstylist,” and “Homemaker,” and each held a demure description of the job and how to get it. Alissa Nutting’s collection, Unclean Jobs for Women and Girls (released last October) shares something with that dusty artifact from my college library in that it is also organized by “job,” and this is where the similarities end. Nutting’s stories have titles like “Hellion,” “Porn Star,” “Corpse Smoker,” and “Magician.” It’s delicious to imagine the horror of the authors of Careers for Women if they were to open the pages of this book.

Unclean Jobs’ clever structure helps create a pleasing cohesiveness among the stories, but don’t expect straightforward how-tos or the kind of cutesy wordplay one might find in, say, Lorrie Moore’s Self-Help. As a matter of fact, if Lorrie Moore’s fiction is a vegan cupcake: quirky, adorable, and occasionally bland; then Alissa Nutting’s is an oyster shooter: visceral, gross, and weirdly hilarious. The arrangement of these stories as a list of “jobs” is a facade that crumbles quickly, because it seems that no one in the book executes her titular “job” with much success (hence the necessity to keep putting the word “job” in quotation marks). In “Zookeeper,” a woman takes a panda home with her and reveals her secret by showing up to work with panda poop in her hair. The main character in “Gardener” cultivates a deep attraction to the living gnome in her front yard. In “Deliverywoman,” an intergalactic cargo transporter “delivers” her violent mother from a punitive deep freeze and ends up frozen herself. Nutting’s play on the idea of “delivery” in that story shows how often her characters, operating under the premise of one “job,” are actually motivated by desires dark enough and tender enough to become seriously uncomfortable.

For Nutting’s characters, bodies are as tortuous as they are undeniable. The women in these stories most often consider their bodies and all bodies as messy, even sinister vessels that render them vulnerable to invasion. One woman drunkenly swims in a giant punch bowl, then languishes in a flower bed as bugs chew on her skin. A teenager awaiting an abortion doesn’t mince words: “It is so gross how we are born and so gross how we die.” It’s hard to ignore the language of pregnancy in “Ant Colony,” a story in which a woman is required to have holes drilled into her bones in order to house thousands of ants:

In truth I didn’t feel a thing; it was hard to believe they were even there. On my first follow-up visit I made the doctor show me footage of myself in the large ant-imaging machine to prove they were actually inside me. But after awhile I got used to the thought of their presence and even started speaking to them throughout the day. The doctor said this was healthy.

It’s all extremely creepy-crawly, and the ambivalence about bodies can be heartbreaking, but these stories are also so funny, in a laughing-about-your-fuck-ups-in-your-therapist’s-office kind of way. For example, upon obtaining her homicidal mother’s still-frozen body, the main character in “Deliverywoman” ponders, “Perhaps I’m fooling myself thinking that this is any kind of personal breakthrough. To say that she is emotionally unavailable is a bit of an understatement.” The combination of black humor, doggedness, and capacity for otherworldly escape that Nutting allows her characters is strangely inspiring, and begins to speak to the ways that real women can and do overcome all the messed-up shit that comes with having a body. That woman who lusts after her garden gnome? She finds a way to make him real, though it involves cutting her long-untrimmed braid and transforming her own unsatisfactory husband into a statue.

Perhaps the most beautiful moments in this collection occur when Nutting makes clear that despite all of their drawbacks, bodies also house and express our best intangible traits. In “Magician,” a sister touches the place where her brother’s arm has been severed in order to assure him, “This is you. It is different but it is you because I’m holding it right now.” After all, without bodies, how would we touch each other?

Thanks for the great review of Nutting's book. People can purchase it at the publisher's website Starcherone.com.

Sounds really awesome, I feel like I'm continuously looking for imaginative books like this that are well written but they're so few and far between. Thanks for pointing this one out.

<p>Oh, man. This is definitely on my list. It sounds awesome! Thanks for the tip. Also, I hope you stole <em>Careers for Women</em>. I would have.</p>

I saw one of my friends at school readingbthis book, then we discussed a story from it in a creative writing class. I really enjoyed it. It was unlike a lot of writing; very honest and out-there and unapologetic. And also very funny

Relevant: Street of Miracles: In Kai Cheng Thom's New Novel, Trans Femmes of Color Save Each Other 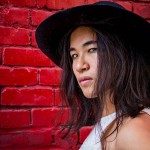