How did hormone replacement therapy become so popular for American women going through menopause? Well, it turns out that pharmaceutical giant Wyeth helped write many of the supportive scholarly articles about its own hormone replacement drugs. The New York Times revealed this morning that the manufacturer of drugs like Premarin and Prempro paid ghostwriters to pen research articles about the hormone replacing drugs, which were then signed off on by a doctor and printed in reputable places like The American Journal of Obstetrics and Gynecology.

Sales of Wyeth's female hormone replacing drugs have fallen by 50 percent since 2001, when a Women's Health Initiative study linked menopausal hormone treatment to an increased risk of cancer. But before that damning study, the company sold more than $2 billion worth of hormone drugs to thousands of American women.

According to the NYT, Wyeth paid $25,000 to a writing company called DesignWrite for one of 26 articles the big pharma company funded over the years. DesignWrite put together an article enthusiastically supporting hormone therapy and emailed first an outline and then a draft to Dr. Gloria Bachmann. The doctor said the work was "excellent" and when The Journal of Reproductive Medicine printed the final piece in 2005, Dr. Bachmann was listed as the author, with no mention of DesignWrite or Wyeth.

Although the DesignWrite chief, Wyeth and Dr. Bachmann defend that particular article in the NYT piece, this ghostwriting is very troubling. Journal articles are supposed as objective, scholarly research that doctors can rely on to guide their diagnoses and treatment of patients. Having Wyeth secretly underwrite a journal article about Premarin raises the same ethical flags as having newspaper reporters on the pharmaceutical company's payroll.

There are several good ways to treat menopause symptoms without hormones. One entrepreneur, for example, has created a hot flash fashion fan, seen here in its sexy "bedroom" design: 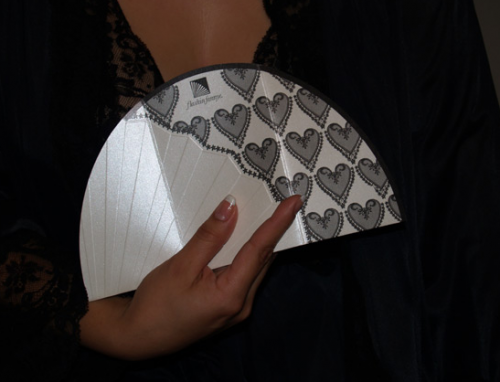 ...that gives me conflicted feelings about working in the medical device industry. It's an industry that can do a lot of good, but I can also see the motivation behind doing things like this too. I don't think it's right, and I'd like to believe that others in the industry recognize that by endorsing practices like this we can completely eradicate any faith and confidence anyone has in the way that new drugs and devices are developed and brought to market.

But I'm not so naive as to believe that this kind of practice won't crop up again in some other form in the future. It just makes me sad because the hard work that my colleagues and I put in developing new solutions to medical issues could potentially all be painted by this same tainted brush by the public. When it gets to the point that an average person, or even someone familiar with the bones of medical research can't tell the difference between legitimate medical discoveries and slick marketing we have a huge problem as a society.

This stuff is so predictable I barely even notice it anymore. This is just how they conduct business on a daily basis. I'm not holding my breath for some great solution to come out of this whole healthcare reform thing, because the amount of money being channeled into it by big pharma and the insurance industry is bound to win out in the end.

I reposted this article on my blog and facebook and a friend of mine replied with this in-depth marketing response on the subject. I'm basically wondering if anyone has an informed response comment to the comment below, since I don't know enough about the subject matter:

"This is basically how it's done in every major industry. The company wants good press about whatever product they just came out with done, and they don't want it to come out like an adverstisement. So they contact what are referred to as KOLs (Key Opinion Leaders) and talk to them about the advances of their product to encourage this person to sign on.

The difference between pharma and most of the other industries is how regulated this interaction is. Pharma companies are only allowed to gift a KOL a certain amount per year for any of the advocating they do, and it's something relatively small (I forget how much). There is no such restriction for the majority of other industries.

Now I know nothing about this particular drug, but I would look back to the phase 3 studies they did to get the drug on the market to see what kind of end points they were looking to meet, and to see what the adverse events were. Every time there's an adverse event to a drug, they have to report it.

So basically, it comes down to a basic rule in life that I've lived by for a while, and that is that "there's no such thing as an unbiased opinion". Research the people that you enjoy reading to find out their biases, including doctors.

To pull something like this. They really have no governance. What are we gonna do slap them with a fine? Like they can't afford to pay that.

Everyone is looking for a quick fix these days and that will be the detriment of our society.

Relevant: Stars Within Our Reach 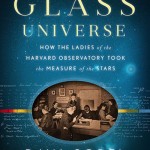 by katie.klabusich@gmail.com
The Glass Universe reads like a series of biographies linked by science and women’s rights, and its stories span more than a century.