What better way to celebrate the time of giving than by giving back to your favorite labels, artists and general-music-enablers and purchasing some of their finest goods for a friend? 2012 was a great year for music, so step away from the dangfangled Internets and go into the real world and buy some albums! (Or embrace the Internet and shop from your favorite label’s e-store!) Swearin’ by Swearin’ and American Weekend by Waxahatchee
Though underground music lovers still mourn the loss of the beloved P.S. Eliot, the sisters Crutchfield have made two of the year’s most addictive records with their solo projects, Swearin’ and Waxahatchee. Alison Crutchfield’s Swearin’ moves in the direction P.S. Eliot’s hyper-charged sweet-tooth pop-punk, now with a bit more ragged edge courtesy of Kyle Gillbride’s Dino-Jr-fied contributions. Katie Crutchfield’s Waxahatchee, takes the bedroom navel-gazing approach; her solo acoustic ballads sound like the solo hangover in bed after Swearin’s house party. Both bands combined encompass the full cycle of youthful drama, from the exuberance of meeting

Recommended for: Teenagers; anyone who prefers their melancholy loud and poppy.
Pair with: Each other, duh.

Self-titled seven inch by Hysterics
Hysterics reclaim DC hardcore, bringing the ethos of productive slamming to the Northwest. These four women from Olympia have caused quite a stir during their short existence, being name-dropped by Kathleen Hanna in Pitchfork and Spin and touring the United States on the strength of just a handful of cassettes and records. Though their NYHC riffs recall muscle-tee, skinhead bro moshpits, they maintain a policy of keeping their shows safe and inclusive, including only playing all-ages spaces. Recommended for: Your Ian Mackaye–worshipping friends in search of a feminist role model; the sad, strange breed of person that claims “punk is dead.”
Pair with: Code Orange Kids’ sublime experimental hardcore debut, Love is Love // Return to Dust, for a well-rounded summation of this year’s heavy releases.

Next by MEN
Really, I’m recommending MEN’s ecstatic, revolution-inciting live show, but their records are the next best thing. JD Samson (ex-Le Tigre) coils wartime debates, body politics and personal struggles into high-tension dancefloor anthems. MEN’s Occupy-ready disco incantations ask more questions than give answers, but you can be sure they believe in one thing: the ecstatic communal power of dance. True by Solange
Most pop music goes over my head, but Solange, little sister of Mrs. Hova, Beyoncé Knowles, caught my ear a few years back with this ridic cover of Dirty Projectors’ “Stillness is the Move.” Her ’90s-fied debut EP finds a like-minded soul in her producer Devonte Hynes (formerly of secretly-awesome mall screamo group Test Icicles) and classic sounds of the Total Request Live of yore. Solange brings big-budget pop grandeur to the small scale of independent labels, and shows nothing but promise.

Recommended for: Anyone that needs some groove in their stocking.

Pair with: After a well-informed deliberation, I—oh, fuck it, gift-wrap this piece with CrazySexyCool and call it a day.

Ugly by the Screaming Females>

Marisa Paternoster and her group of screaming males have slowly built up a small canon of riff dreams over the last seven years, breaking out with 2009’s Power Move, their first for Don Giovanni Records. Ugly doesn’t change up the Females formula, but refines their pop formula and updates their sound with Steve Albini’s heavy engineering. 2012 Would have been the Screamales’ year, if it weren’t for a mysterious chronic pain ending their fall tour before it even began. Out of the pain comes one bright note: the revelation that Paternoster is not only a fantastic comic artist, but also a skilled documentarian of her current woes. Read her comics, buy Screaming Females records, and hope for the best for this great little band.

Recommended for: The budding shredder in your life; Sheryl Crow fans.
Pair with: Anyone else on the Don Giovanni Records roster (whom we’ve shown some love before). Try ex-Titus-Andronicus-player-turned-feminist-leader Amy Klein’s debut seven-inch from her Hilly Eye project. Extras: Make a kid’s day with a gift certificate to Portland’s Rock & Roll Camp For Girls (scroll down for info), or check this list to find one closer to you! For anybody that can’t stop banging on pots and pans, a subscription to Tom Tom Magazine always makes a perfect stocking stuffer (or non-denominational wreath ornament, if that’s yr style). Also, any guitar geeks could bury themselves in the first issue of She Shreds magazine. (Full disclosure: I write and work editorial for She Shreds, but it’s got everything a guitarist would want!).

Or, give the greatest gift of all and take someone to a show! The All Ages Movement Project has a very helpful list of all-ages venues across the country, because it’s hard to built an artistic community when the only place to see the art is in bars!

Thanks for the great post! I will definitely be checking out some of the music for purchase, either for myself or for friends.
A more up-to-date and comprehensive list of all of the active Girls Rock! camps can be found here:
http://www.girlsrockcamp.org/supporters/girls-rock-camp-alliance 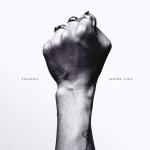 by Katie Presley
The band's new album is a punk approach to heart-pounding love.