Bitch in a Box: Music Lover's Edition, Part I

With all the great music that came out this year, there's no excuse for not knowing what to get the music fan in your life. Here are some suggestions, with more to come! The Rockstar
Pick up one of these LPs for your friend who likes to turn it up to 11, and throw in drumsticks, guitar picks, or tuners for a packaged present!

Razika – Program 91
Usually when I review an album for Bitch, I get totally sick of hearing it by the time I turn in my 350 words. Not so with Razika. This young quartet from Norway makes perfectly infectious pop rock with a hint of two-tone that will please any listener (even if you can't understand their Norwegian lyrics!)(Razika MySpace)

Brute Heart – Lonely Hunter
The understated rock of this Minneapolis trio (Jackie Beckey, Crystal Brinkman & Crystal Myslajek), is spare but powerful, with violin and melodies informed by Indian and Arabic traditions. They're a well-kept secret that needs to be shared! (Brute Heart)

Wild Flag – Wild Flag
Ever since the news that Carrie Brownstein, Janet Weiss (both of Sleater Kinney), and Rebecca Cole (Minders), and Mary Timony (Helium) were forming a rock outfit, excitement reverberated like a sound wave. Wild Flag lived up to all their hype, and their debut album is smart, crisp, and pure rock. (Wild Flag)

Mr. Gnome – Madness in Miniature
Madness in Miniature, Mr. Gnome's third LP, is an amazing record, with seamless transitions between songs that seem to contain universes within themselves. The contrast of Nicole Bareille's airy, dreamy vocals and her powerful shredding is not to be missed. (MrGnome.com) The Emcee
Sure, anyone can download free mixtapes off the Internet, but your favorite fan of independent hip-hop will appreciate you doing the legwork for them by compiling the best new stuff out there (and maybe burning a CD?) Just don't forget to buy these artists' full-length albums when they come out next year!

Jean Grae – Cookies and Comas
Seeing Jean Grae at our SXSW show this spring was unbelievable. She was charming and funny in between songs as her lyrics are sharp and powerful. (Do check out her recent interview with Aisha Tyler!) And she's hilarious on Twitter. Grae's next album, Cake or Death, should be out soon, but Cookies and Comas is a natural appetizer, in name and sound alike. (Jean Grae)

Nyemiah Supreme – Bad
Hailing from Queens, Nyemiah Supreme's mixtape Bad has the exact right amount of bravado appropriate for a 22-year old with so much talent. Her reimagining of Salt'n'Pepa's “None of Your Business” tackling jealousy, double standards, and sexytimes is impossible not to love. (Neymiah Supreme)

Ana Tijoux – Elefant
You may not have heard of Tijoux, but she's been making music for over ten years. Her 2009 album 1977 made her the second Chilean artist to ever be nominated for a Grammy, and it won't take much listening to her mixtape, Elefant, from this February, to convince you that she's worthy of your attention. (Ana Tijoux) The Songwriter
To inspire the writer in your life, give them the latest from women wordsmiths who can spin emotions into aural gold.

Jill Scott – The Light of the Sun
The masterful arrangements of Scott's latest match her thoughtful lyrics about life, family, and love with every soulful sample, funky syncopation, and brassy beat. (Jill Scott)

Dessa – Castor, the Twin
Trading a deejay and mixing board for an upright bass, piano, and drumkit, Doomtree's formidable female emcee has an album of rearranged songs perfect for a longtime fan or someone new to her lyrical poetry. Come for the stunning rearrangements, stay for the final track, “The Beekeeper,” a preview from her 2012 album. (Dessa)

Kimya Dawson – Thunder Thighs
Not even lingering Juno fatigue can stop me from loving Kimya Dawson and her lyrics, which sound deceptively simple but hold some mega truths about the world. With its playful melodies and messages about not being an asshole, her new record is good gift for kids and adults alike. (Kimya Dawson) The Space Cadet
When did being a space cadet become a bad thing? Being tuned to another frequency is where it's at. Here's a selection of women whose music is equal parts smarts, symphonics, and stargazing.

St. Vincent – Strange Mercy
Annie Clark's third album is a storm of sentiment.
It jumps between juxtapositions of the sweet with the dead serious, her emotionally raw lyrics masked by expert instrumentation. (St. Vincent)

Georgia Anne Muldrow – Owed to Mama Rickle
This genre-bouncing tribute to Muldrow's mother, Rickie Byars of the Pharoah Sanders Ensemble and Sound of Agape Rhythms, is more than an ode, it's a mega musical endeavor, where every song has a surprising twist. (Georgia Anne Muldrow)

Caroline – Verdugo Hills
The second solo album of this former Mice Parade member is a beautiful dreamscape of acoustic plunks sewn together with Caroline Lufkin's airy vocals, looped and sampled with Amnesiac-like effects. It's the perfect soundtrack for your snow palace. (Caroline)

i am gushing all over these gift guides. LOVE this collection! i want all of the ones. 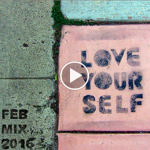