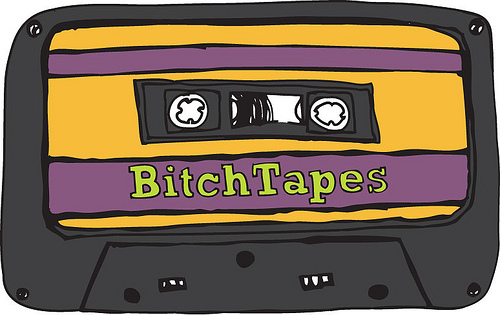 Since my last Bitch Mix was all about country’s feminine side, I decided to give punk the same treatment this time around. I tried to cover the spectrum of old to new, dance-y to hardcore, and personal to political. Enjoy!

1. X-Ray Spex - Germ Free Adolescents Not to brag, but I totally had sex to this album recently and it was AWESOME. 2. Delta 5 - You Having trouble waking up in the morning? Listen to this song. 3. Team Dresch - Hate the Christian Right! It’s my token hardcore song, and who better to sing it than queercore revolutionaries, Team Dresch? They reunited for a show here in Portland last week (which is incidentally where they met in the first place) and energy was so good! I’ve never been in such a tender mosh pit. 4. Siouxsie and the Banshees - Hong Kong Garden Hearing Siouxsie makes me want to douse myself in black eyeliner, and that just doesn’t normally happen to me. 5. Au Pairs - It’s Obvious Frontwoman Lesley Woods is so fierce! I just found out on Wikipedia that she’s a lawyer now. Crazy. 6. New Bloods - Oh Deadly Nightshade! This song sounds like Portland after five months of solid rain, which makes sense since the New Bloods live here, too. 7. The Slits - Instant Hit This could possibly be the bounciest song ever written about overdosing on heroin. 8. X - You’re Phone’s Off the Hook, But You’re Not Every time I think that I would hate living in LA, I remind myself that X is from there, and what’s good enough for Exene Cervenka can’t be all that bad. 9. The Raincoats - Don’t Be Mean This song could have been written about me… or my exes, rather. My life is totally a post-punk Cathy comic! ACK! mnzwsvak32 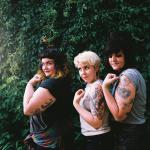 by Emma May
Their new album’s raw, stripped-down aura is part of its appeal.