Girls Rock Camp summer showcase season is back! Since 2001 in Portland, OR, Girls Rock Camps have been empowering girls and women through music creation in cities and towns across North America and Europe, with a total of 37 camps in the international GRC network, Girls Rock Camp Alliance. GRC Summer Camp is a week-long program where girls and women ages 8-18 learn a new instrument, form bands, and collaborate to create an original song performed live complete with screaming fans and camper-designed band t-shirts. This BitchTapes is a sampling of songs written and performed by campers from Girls Rock Camps across North America and Europe. Check out a camp showcase this summer at a GRC near you!

Thank you to all the Girls Rock Camp organizers and campers for sharing your songs!

Previously: Forward, Give Me My Sultry Summer

Love this spotlight! I regularly volunteer with Girls Rock! Chicago and am a counselor in the summer. Few experiences in my life have been as rewarding! It's nice to hear music coming from the other camps :)

Being atheist is difficult as screw because you have to actually query factors. I wish I could just believe that I’m going to end up in some amazing position when I die but I know the possibility of that are just like the possibility of getting a BJ from Kate Upton. Most individuals do not believe in the crap published in magazines but believe in crap published by nomads 2000 decades ago. When you start to comprehend how insane this crap is, it gets disturbing. The beauty of technology is you do not have to believe it for it to be real. 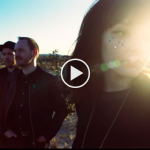 by Kjerstin Johnson
The frontwoman of CHVRCHES made us a mixtape of her favorite Scottish bands.