Bitchtapes: It Hurts Me Too | Bitch Media

Bitchtapes: It Hurts Me Too

I was talking to a friend about the new Bjork album Vulnicura recently, and she confided that its release was perfect timing for someone close to her who was going through a bad break-up. Her friend was getting over her heartbreak by listening to Bjork. We often drown our sorrows by enveloping ourselves in the sadness of our favorite musicians. When I was younger, I used to listen to happy music when I was sad, trying to block out my emotions with cheer. But as I grew up, I realized the power in honestly soundtracking your sadness.
This wallowing post-Valentine's Day mix contains some heartbreak classics by Bonnie Raitt, Sinead O'Connor, Dolly Parton, and Dionne Warwick. There's a tragic fado track by Amalia Rodrigues that in Portuguese translates to “I Don't Know Why You Left.” Of course, I also had to pay tribute to the late, great Lesley Gore who was the mistress of teenage heartbreak.

But I also wanted to include songs that show a different, non-romantic side of heartbreak, including songs of exile and place-based longing, like PJ Harvey's “England” and Cibelle's cover of Caetano Veloso's “London, London.” And for me, the most heartbreaking song on this mix is “Strange Fruit” by Billie Holiday. The collection of songs ends with “Oooh Child,” a big hug of a song from Nina Simone, and in it, she promises us that things are going to get brighter.

It Hurts Me Too: a Heartbreak Mixtape from BitchTapes on 8tracks Radio.

UPDATE 2/23: I included “Strange Fruit” on here intentionally because I wanted to explore multiple forms of heartbreak. As a woman of color with roots in the South, nothing is more heartbreaking to me than Strange Fruit and the history it describes. Other songs on the mix are about non-romantic heartbreak as well. Like PJ Harvey's track expresses her heartache over her home country's involvement in the Iraq War. London, London was written by Caetano Veloso after he was exiled from the country he loved because of his politically dissident art. However, in retrospect, the context as included in a post-Valentine's mix is problematic and potentially triggering. I welcome and appreciate the conversation and comments this has provoked here and on Facebook, especially about ideas of appropriate vs. inappropriate heartbreak and whether it's “ok” to express different forms of heartbreak together.
Trigger warning: Kelly Rowland's “Dirty Laundry” explicitly describes surviving an abusive relationship.
Browse more than 200 Bitch-made feminist mixtapes right here. 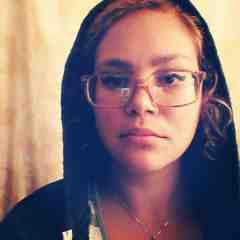 by Alison Pezanoski-Browne
View profile »
Alley Pezanoski-Browne is a writer and media producer currently based in Portland, Oregon. She has also lived in and loved Milwaukee, Chicago, San Francisco, and Hong Kong. She is a big fan of good books, music, food, and living room dance parties.

Trigger warning: strange fruit is about the racist lynching of African Americans. Please remove this song from the playlist, t really isn't appropriate. You can read about Strange Fruit here: http://www.npr.org/2012/09/05/158933012/the-strange-story-of-the-man-beh...

I appreciate that "Strange Fruit" is an odd choice along with some of these other heartbreak songs, but its inclusion is intentional. I wanted to explore different aspects of heartbreak and really nothing is more heartbreaking to me than that song, and the history it expresses.

Other tracks on this mix are also about non-romantic heartbreak. PJ Harvey's song is about heartbreak over her country's involvement in the Iraq War. "London, London" expresses Caetano Veloso's despair after the Brazilian government exiled him from the country over his politically dissident work.

Also, I am a woman of color with roots in the south, and my family's own painful history makes Strange Fruit even more a song that I think it is important to listen to... 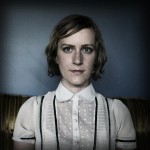