Approximately 100% of the time that someone mentions the name Selena outside of Texas, they are talking about Selena Gomez. Approximately 100% of those times, I wish they were talking about Selena Quintanilla, and I pretend in my heart that they are. In Hill Country, though, que viva La Flor. Selena, Selena of my heart and of Jennifer Lopez's breakthrough role, lives on, and she's one of many. Don't let the cowboy/machismo-fueled street harassment, Governor, ex-President, sky-high teen pregnancy rate and matching refusal to accept sex-education funding associated with the Jumbo State fool you. There is a fabulous tradition here of women rebelling (look up Angelina Eberly, for example) and making great music to boot. Here's a mix of lady Texans who make being a Lone Star sound gooood.

1. Let 'Er Rip: Dixie Chicks. Only one of the Chicks is a native Texan, but all three were raised here, and they have gone from busking on Texas streets to being the best-selling female band of all time. Pretty sure they came out on top after the G.W. debacle, as far as Texas favorites go.

2. Bidi Bidi Bom Bom: Selena. It's Texas-treasonous of me to say that her music sounds a little cheesy today, but the movie-ready story of her life and murder have kept Ms. Quintanilla a pop culture icon even 16 years after her death. Not to mention how ridiculously danceable this song is. Let's just stop denying it and start dancing.

3. Truth: Ruthie Foster. I get that the '60s and '70s were great for music. I get that the girl groups were swinging and Aretha was killin' it. But we've got Ruthie Foster, thank you very much. Lady blues and folk are not dead. When I'm old, I'll be grumbling about nobody playing guitar like Ruthie Foster anymore. The aughts, I'm telling you. THOSE were the golden days.

4. Kerosene: Miranda Lambert. This is my karaoke song forever, and for that alone it makes this list. Not the most complex or intelligent of songs. BUT I LOVE IT SO.

5. Love at the Five and Dime: Nanci Griffith. Changing tack entirely, this song is quiet, sweet, nostalgic and relatively intelligent. And also from Texas. And I also love it so.

6. Piece of My Heart: Janis Joplin. Rips the heart right out of my chest every time, and no Texas music list is complete without her.

7. Tyrone: Erykah Badu. I grooved to her music for years, and then she became a doula and her place on my hero-list got bumped way, way up.

8. Cheerleader: St. Vincent. Born in Oklahoma, grew up in Dallas, darling with the Brooklyn crowd. Maker of one of 2011's best albums, but that's neither here nor there. Annie Clark is definitely a Lone Star.

Other fabulous women who now call Texas home, despite being born elsewhere: Emmylou Harris, Patty Griffin, Alison Krauss. Who are your favorite Lady Lone Stars? Leave 'em in a comment!

Girl in a Coma (from San Antonio).

<div><p>This article is really such a joy to read and I am so glad that I had the opportunity to check it out. Your list is great and I hope that you will get many more followers and people who want to read your work. </p><p>There is an online <a href="http://www.rouletteandcasinos.com">casino</a> that is right for any player who loves to play casino games and win a lot of money.</p></div> 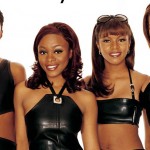 by Evette Dionne
20 years later, Destiny’s Child is definitively the best girl group of all time.