BitchTapes: Women You Should Know If You Were Born in the 1980s | Bitch Media

BitchTapes: Women You Should Know If You Were Born in the 1980s

I was born in 1986 and feel like I'm clueless about basically all music from around the mid-'70s to the mid-'90s. This past week, for example, I just found out about the New Edition. New Edition! I'd heard their songs around before, of course, but never knew anything about the band that reached their peak of national fame just before I was born. That revelation got me thinking about now ignorant I am of the music that came out in the 20-or-so years between when my parents stopped collecting records and when I started seeking out my own music.

For this mix, I asked my friends to tell me all the music from that era I should know about but don't. I got such a huge response that I'm making two mixes on this theme. This one is just female artists and bands prominently involving women, a future one will be co-ed. The songs on this mix span roughly from 1973 to 1993, with some outliers to include songs I especially like.

Women to Know If You're Born in the 1980s from BitchTapes on 8tracks Radio.

Thanks to everyone who recommended songs—if you think of an essential artist I left off this mix, please let me know in the comments and I can add her to the mix!

Nancy Sinatra –  Bang Bang (My Baby Shot Me Down)

Betty Davis – If I’m in Luck, I Might Get Picked Up

The Go-Go's - Our Lips Are Sealed

Luscious Jackson – Let Yourself Get Down

Grace Jones – Slave to the Rythym

Doris Duke - Ghost of Myself

The Pretenders – Brass in Pocket

Pat Benatar - Hit Me With Your Best Shot

Siouxsie and the Banshees – Happy House

Bush Tetras – Too Many Creeps

The Slits – So Tough

Joni Mitchell – All I Want

The Breeders – Drivin’ on 9

Gladys Knight and the Pips - Midnight Train to Georgia

Ronstadt indeed. A pure, powerful, heartbreaking voice and she rocked a natural sexiness with the greatest bangs in haircut history.

Thanks for all the song recommendations, y'all! I added nine more songs to this mix. I'll add more as people keep making great suggestions.

Great music set....I feel 20 again!
These are some of my suggestions:
Shelia Chandra, either monsoon or ever so lonely
Wendy o williams of plasmatics, either masterplan or Hitman (its pretty hardcore)
Annie Lennox of eurthmics here comes the rain again
Kim gorden of sonic youth
Chrissie Hynde of pretenders
Nina hagen (I know she has been suggested) but I do like nunsexmonkrock or smack jack songs
Oldy but goody.....cyndi lauper .....

Definitely missing Millie Jackson. Feelin' Bitchy, Back to the Shit!, all of her amazing country songs... She's a woman who truly didn't give a fuck.

I'd also add The Raincoats, LiLiPUT, Delta 5, The Mo-Dettes. But we can't have it all.

I agree with your comments

So miss that time, Till now I had this for chinese songs mostly.

Heart's "Barracuda" is included in the mix but not on the list.

Is that really Blondie singing "Call Me" or someone else? 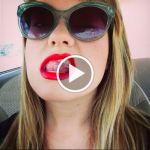 by Chelsea Balzer
A choir of ladies to cheer you on—no apologies needed.