BitchTapes: Breaking Up is Hard to Do | Bitch Media

BitchTapes: Breaking Up is Hard to Do 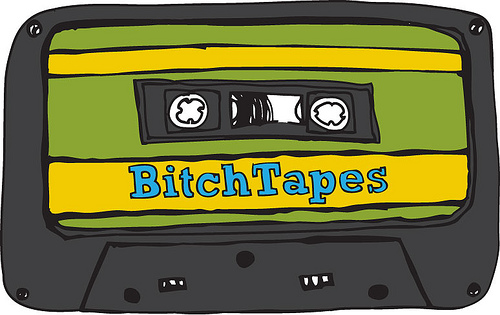 Break ups can be a real bitch, can’t they? Wouldn’t it be nice if both parties could just go their separate ways, cordially, without rancor, and without, say, the desire to take a Louisville slugger to anyone’s headlights, to make harassing phone calls at dinnertime, name-calling, jealousy, screaming, crying on the kitchen floor, all five stages of grief, begging, pity parties, ill-advised sex, or way-too-long Dear John messages left on answering machines?

Well, here’s a li’l mixtape to get all of that out of your (or your ex’s) system, for any future break ups you might experience.  These artists do all the heavy emotional lifting–and tire-slashing–so you don’t have to.  Once played, this mix will enable the listener to make a crime-free, self-respecting, graceful exit. I guarantee it.

Are we surprised that Amy Winehouse’s break-ups are a wee bit complicated?  No, we are not.  She just can’t be faithful, and the carpet burns give her away every time.

Give E. Badu enough time, and she’ll get over the break up.  She’ll be in denial for a while and even make a desperate plea. But eventually, she’ll see the handwriting on the wall.

4. Caught Out There - Kelis

Primal scream therapy isn’t for everyone, but it seems to work for Kelis.

5. Before He Cheats - Carrie Underwood

I’m sure Carrie Underwood can afford to keep a lawyer on retainer.  Don’t try this at home, kids.

6. Fuck the Pain Away - Peaches

The title pretty much says it all.  I’m not even sure if this song is about a break up, but it’s just so infectious I had to include it.  Oh, that Peaches…she’s not one to mince words.

If you look “Breaking Up Is Hard to Do” in the dictionary, you will find a picture of Alanis Morissette, circa 1995.  (Totally unrelated, did you catch her hilarious rendition of “My Humps”?  It’s a must-see.)

Despite her protestations to the contrary, I’m guessing she cried.   Eleven years is a long time.  And she was not only his lover, but his secretary! WTF?!

9. Shake It Off - Mariah Carey

Less is more, Mariah.  Hanging up and calling back to continue leaving the long-ass message tells him you still care.  No, no, no!!!

Didn’t he know Trina was the Queen of Miami?  Why cross the baddest bitch?  Nothing good can ever come of that.

Now, according to the Beyoncé Knowles School of Breaking Up, it’s really not hard to do at all: 1) Take his keys (you bought him that Jag, after all!); 2) Pack his stuff in the box to the left; 3) Call his trifling ass a cab; and 4) Wait about 60 seconds, and voilá–his replacement will appear.

13. Breaking Up is Hard to Do (slow version) - Neil Sedaka

If Neil Sedaka says it, then it must be true.  Along with “Bennie and the Jets” and “Ooh Child”, this song was one of my early childhood favorites.  The cheery little intro belies the lament that follows.

What’s on your break-up playlist?

(1) Cat Power's "Good Woman" (2) Feist's "Let It Die" (3) And ANYTHING Patsy Cline, but especially "A Stranger in My Arms" and "She's Got You". *Sigh* Thank you lovely ladies for doing all the pain and pining for me so that I didn't have to.

Some of my favorites include: "Love Stinks" by J Giles band, "I Hate Myself for Loving You" by Joan Jett, "Single Ladies" by Beyonce, "There You Go" by Pink, "Waste My Time" by Blu Cantrell, "Independent Woman" by Destiny's Child, "Me Love" by Sean Kingston, "Blue Monday" by New Order, "Whatcha Think About That" by PCD, "So What" by Pink, and "Tainted Love" usually the Marilyn Manson version but sometimes the original from Soft Cell, depends on how angry I am at the moment.

and, if I am really feeling sorry for myself, Johnny Cash's version of "Hurt."

as you may have guessed, I recently had to make one of these so they are all still fresh in my head.

Yes! Great mix. 'Green Eyes' is one of my favorites.

'Another Lonely Day' by Ben Harper
(this song can make me cry even if I am in a perfectly functioning relationship...anyone agree?)

'Bodies' by The Smashing Pumpkins

'Bad as they seem' by Hayden

Other then that I find it good to listen to all the songs that reminded me of them or our relationship and cry my eyes out until its all out there...then I'm good.

'Why'd ya do it?' by Marianne Faithfull. More about cheating than breaking up, but most excellent.

"keeping the wolves from the door" by white magic, "bad girl" by devendra banhart... "not about love" by fiona apple. "you want that picture" by bonnie prince billy. "sonnets/unrealities XI" and "possibly maybe" by bjork. "werewolf" and "promise" by cocorosie. "good woman" is also one I listen to a lot.

nice to see that one (or any will oldham) mentioned here at bitch.

I recently experienced my first break-up. We were together for eleven years, since I was a teenager. Needless to say, I'm not in a good place (but I'm sure I will be, eventually). That being said, my number one break-up support is the album "Resolver" by Veruca Salt. It runs the gamut from desperate to reflective to sad to pissed to defeated, and it's just so gorgeously painful. Some of the best/most psychic lines: "I chose the curtains and I dreamed a dream of domesticity...what a freak you made of me", "Used to love him, now I don't even miss him", "Last night I dreamt you were gay, it was all that you needed to say, finally an answer for why you don't want me that way", and "You won't ever have the chance to trace my features, and you won't ever make me feel like such a loser". *sigh*, it's total therapy...

Your list is totally awesome and inspiring! "Before He Cheats" by Carrie Underwood is the song I've been looking for months! Thanks a lot for sharing it. I'm a little bit surprised that "I will survive" by Gloria Gaynor is not in list with its eternal : "now I'm saving all my loving for someone who's loving me". So, Lesson 1: Love does really hurt!

I like a lot of these songs, but I'm not so sure Peaches fits in well with the breakup mindset! That's not really the attitude I want after a break up, but different strokes... 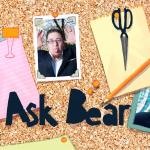 by S. Bear Bergman
He likes to stay in. I like to go out. Will we just make eachother unhappy forever?