In both a national and global context where the rates of domestic violence against women are consistently soaring (according to the United Nations Population Fund Report, more 55 percent of women living in India face violence within the home), awareness campaigns and messages which seek to address this particular manifestation of gender-based violence are incredibly pertinent. Calling on women to recognise that they are not alone in what they experience, and highlighting the ways in which this violence manifests itself and affects other facets of a woman’s life are key components of such outreach.

“Suffocation is the worst kind of abuse”

“It always starts with the little nicks and cuts”

“Respect the space you really deserve”

“How much longer will you adjust?”

These taglines, part of a far-reaching poster campaign, seem to fit the bill. Or they would, if violence against women were their subject. In fact, they’re being used to sell bras.

Launched in early October 2012, Amanté Lingerie’s “Break Up With The Wrong Bra” campaign appropriates the language of anti-domestic violence initiatives to sell women the ‘right’ bra. Featured widely on billboards across major Indian cities, in daily newspapers, and in women’s magazines, each image features a woman’s face accompanied by one of the above taglines. Below the tagline are messages that, once again, are eerily reminiscent of the domestic-violence statistics that often accompany DV awareness initiatives. One reads, “8 out of 10 women are wearing the wrong bra and don’t even know it. A poorly fitted bra that needs adjusting all day interferes with your overall appearance and self confidence.” In a country where more half of all women face violence within the home—and where the majority stay silent about it, or worse, feel like they deserve it—the decision to exploit the lived realities of violence to sell a foundation garment is one that must be questioned.

Amanté CEO John Chiramel, quoted in an Adrants report on the campaign, assured everyone that “This campaign has been carefully thought through in not trying to objectify women, but [is] more about dealing with the real issues and educating the consumer, so that they have an enjoyable experience wearing fine lingerie.” And the fact that the campaign avoids the usual bra-selling objectification of women’s bodies was noted by Jezebel.com’s Dodai Stewart, who wrote that “the brand chose a really clever way to advertise bras without actually seeing any bras…. Even if you don’t like the ‘worst kind of abuse’ slogan, the company deserves kudos for attempting to think outside the cleavage.” But does the measure for the objectification of women always lie in the amount of skin being shown? To praise the Amanté ads for what they don’t show seems not only culturally irrelevant, but ignores other manifestations of objectification at play. For instance: The women featured in these ads, like the women featured in practically every aspect of public visual culture today, are undoubtedly beautiful. And Amanté’s slogan (“Love Yourself”) contributes to an existing global vocabulary of advertising that suggests only the beautiful deserve love. Furthermore, using the language of domestic violence here contributes to a construction of not only the beautiful woman, but the beautiful who is beautiful and thereby unabused. Both self-confidence and freedom from violence are linked to fashion and beauty itself, thus negating the class, caste, race, and other realities of gender-based violence.

Chiramel and Stewart may not see it, but to those who have worked on anti-violence campaigns—and, more poignantly, to those who have lived or continue to live with domestic violence in their daily lives—the allusion is glaringly apparent. Mumbai-based sociologist and feminist activist Manjima Bhattacharjya says, ‘Parodies are fine and have their own space as creative expression. But you have to be careful when you parody something like domestic violence, which is already trivialized in the everyday, something activists and survivors have struggled against for decades. To trivialize it further could make it even more difficult to change harmful popular perceptions about it.’ As this campaign is viewed by thousands of women across the country – outside their homes, in their newspapers, and so on – the violence they experience is now the face for a new bra, thus reinforcing the societal frameworks that negate and normalize their experiences of abuse.

Could the campaign’s appropriation of the language of domestic violence help create a dialogue around violence against women? Backed by large corporate budgets with a reach much further than, say, a nonprofit domestic violence–awareness campaign, do these “Break Up With The Wrong Bra” ads provide a wider platform for important conversations? Nope, argues Bhattachrjya. “Other companies, like Avon or Body Shop, have used such [visuals], so it’s not unusual to see such images or text used by women’s brands. But they have mostly used campaigns against domestic violence as the vehicle to promote their products, believing that speaking to women about things that matter to them would make for more sustainable partnerships. [In Amanté’s campaign], domestic violence is not explicitly mentioned at all, in spite of the obvious allusions. Even a line about the issue they are alluding to, or links to support services, would have been honest. On the other hand, the absence of any reference to DV shows it for what it is. For all the big words they’ve used (respect, deserve, confidence) they just want you to buy the right bra—theirs.” 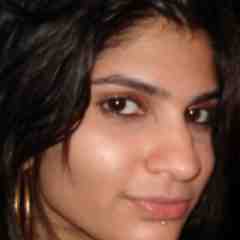 I don't know... it's important to keep the idea that it's not acceptable to be treated badly, or remain in relationship to ANYTHING that hurts you without benefit to either of you) is important to keep in the conversation. As a former battered woman, I actually approve of this campaign.

Thank you. The ad would have been accurate had it said "Suffocation is abuse/a type of abuse". I have asthma and it consistently acts up if I wear bras for any extended time. When I was forced by my idiot family or dimwit coworkers to constrict already-impaired breathing, I did, in fact, feel abused.

"But does the measure for the objectification of women always lie in the amount of skin being shown?" - this is a great point. It really highlights the deflection of attention away from the issue at hand, the thing for which the ads are actually being criticized. And just a good point to think about overall.

These advertisements are more than insensitive and triggering, they are victim blaming. "Love yourself" as though the only women who experience violence are ones with low self-esteem. "Break up with your bra" as though the solution to ending violence is as simple as leaving the relationship. This ignores the fact that most homicides happen post-separation by vindictive husbands. This ignores the fact that there is societal pressure to stay married, especially in terms of the socio-economic vulnerabilities afforded to single women. This ignores the threat of losing ones child that exists for women who dare think of leaving their abusive spouses. This feeds into the idea of women who experience violence as "battered women" instead of as women being battered by abusive men. It shifts the focus from abuser to abused and lays blame on the victim, ignoring the reasons that women stay and treating her as guilty for not "choosing" the right bra/man. It also gives the impression that the only choice for women is to choose a good bra, and doesn't even allow for the idea of going braless.

I can see it reinforcing the idea of self-care and putting "domestic abuse is bad for you and you don't have to put up with it" into the subconscious. With the bonus point of its not ACTUALLY being about domestic violence meaning that denial and fear of the truth doesn't become a barrier for women who aren't ready to take full stock of their deteriorated relationship yet.

That's not to say I disagree with the article. I don't. I think the pros I mention are probably an accident.

They don't really care about Domestic Violence. They are AD people schilling bras, and they need something catchy and attention grabbing to rise above all the noise. don't see it as all that different than ads with the model sporting a bruised up face.

Personally I KNOW when a bra is not fitting me right. The pain and discomfort is quite identifiable. I find the phrase "break up with your bra" acceptable but it's just wrong to compare the situation to domestic violence. I agree that it trivializes the situation and hints that the women that deal with DV are ignorant and to blame for staying in their relationships. This sort of thing can compound the guilt and the shame that women living with domestic violence experience. In pointing out that there is something wrong with your judgment is hardly an inspiration for women to leave their abusive partners, especially in the context of a lingerie advertisement.

This is just horrible. Plain horrible.

Very interesting article thank you, whilst I strongly feel that DV is an important issue I am considering advertising more in this comment.
I was reminded by the previous comment around "But does the measure for the objectification of women always lie in the amount of skin being shown?" of a UK Yorkie chocolate campaign with the tag line "It's not for girls". In the advert women take on typical masculine behavior in order to be 'allowed' to eat the yorkie bar. Be it explaining the off side rule in football, or drinking beer etc. On the face of it there appears to not to be blatant sexism because it is for girls after all, as long as they can perform the masculine acts. But I felt it was abusing the very real pressures on women to assimilate themselves into the male or be left without a fair share, be it chocolate, jobs or voice.
Since when is it ok to use oppression so casually to sell products. Advertising really gets my blood boiling.

We did an interview with Amante regarding their advertising campaign, and we asked them about the connotations of domestic abuse and what their thoughts were on creating the campaign. Read the full interview here on India's lingerie blog www.followmycurves.com http://bit.ly/VAeQYu

I am soo liking to read about this topic, it is my favorite topic of discussion without any offense! 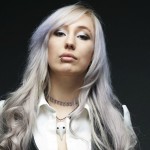 by Bitch HQ
And encouraging tech companies to protect us all from online abuse.